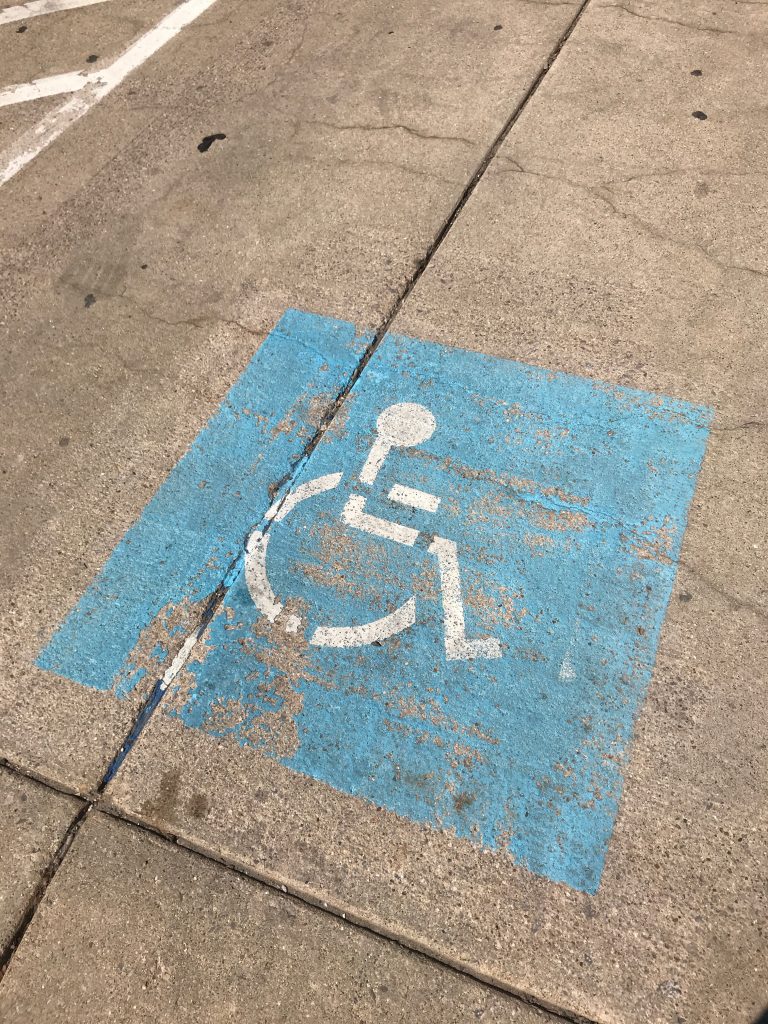 Disability, in its many forms, is known to most, seen by less and accommodated for to an even lesser degree. However, disability in forms that are not immediately, or at all, visible to society’s eye have been, and continue to be, disregarded in public spaces, throughout online platforms and in conversations.

As established author Nikki Rowe once said, “there’s a remarkable amount of strength residing in those who move forward without being able to physically move. Ones that carry the weight of illness or a disability, they battle wars most know nothing about. They are the true warriors of the world, the ones who have every reason to quit but never do.” According to the official United States Census website, in a 2014 survey using a broad measure of disability, 27.2% or 85.3 million people were living with a disability in the U.S. alone.

Thankfully, with the power of the internet and the massive growth of technology in recent years,  society has become more educated and supportive than ever about not only the various types of disabilities present but the revolutionary milestones made to help the world become a more accessible place for everyone. The booming prevalence of social media has done an astounding job of aiding visibility to disabled individuals as a marginalized group, while also giving plentiful career opportunities in a way that promotes individuality and independence. Today, it’s not uncommon to be scrolling through social media and come across motivational speakers who use their platform to speak on what it’s like to live with disabilities, or how they work to overcome adversity.

Not only has the boom of social media made it possible for those living with physical impairments to be seen and heard on a global platform, but it also gives them opportunity to do so in a lucrative and ameliorating way. One such individual who has accomplished her goals of spreading positivity and awareness is the young and successful Molly Burke.

Burke is a motivational speaker, activist and YouTube influencer with a following of 1.96 million strong. Born and raised in the greater Toronto area, at four years old Burke was diagnosed with retinitis pigmentosa, a rare condition that causes severe blindness for about 1 in 4,000 people. According to her website,”After enduring years of severe bullying and resulting issues of depression and anxiety, Burke worked to see herself in a different light, while aiming to keep her head high and her heart strong.” She began her career as a motivational speaker in her late teens and has since gained popularity all over Canada and the U.S., earning herself the opportunity to share the stage with celebrities such as Magic Johnson and Demi Lovato.

Alongside her continued public speaking opportunities, she posts weekly videos to her YouTube channel that document her journey. These videos entertain and educate others all over the world, and with the help of her team and trusty guide dog Gallop, she continues to be an exemplary figure in the world of social media influencers while focusing on overcoming adversity and promoting inclusivity and accessibility.

With strong and inspiring individuals such as Burke coming forward to promote accessibility and acceptance in society’s most populous spaces, one can see the major steps that society has taken to normalize and include individuals that face adversity in the most difficult ways. The efforts made by inspiring go-getters like Burke make the bounds of what we can accomplish for marginalized groups seem endless.

It isn’t unheard of anymore to see videos of motivational speakers of all backgrounds speaking on what it is to be disabled and overcoming adversity popping up on Facebook and Instagram, only for us to get a ten minute brighten to our average workdays. But it is far too unheard of for one to ask the question; what about those with disabilities one cannot see on the stage of a ten-minute TedTalk clip?

Alarmingly, society has yet to give the same opportunities to those with overlooked and stigmatized disabilities simply because they affect an individual’s life less visibly. According to John Hopkins Medicine’s website, those with diagnosed mental and emotional disorders make up approximately 26% of adults in the United States. Further, while various conditions such as depression can develop in individuals of any age, it is most common for people to develop it in their early to mid-twenties, which for most is a complex and trying time known as the college years.

Dr. Lorelei Blackburn of Michigan State University’s writing, rhetoric and American cultures department has done work researching cultures of accessibility while instructing and mentoring far and wide, including Africa, the Middle East and the Caucuses, while forming her trauma-informed teaching style. She has completed several works such as “Trauma-Informed Pedagogy: Toward a culture of transformative access” for the Bergamo Conference on Curriculum Theory and Classroom Practice in 2019 and “Service Learning and Distance: Sustainability in Traditional and Organic Service-Learning Relationships” with Ellen Cushman in the book Service-Learning in Literacy Education: Possibilities for Teacher Educators.

Blackburn’s extensive philosophy dissertation on trauma-informed pedagogy highlights the gaps that students with mental disabilities face every day in the college classroom. She lays out the basis for her research with her background, which then led her to conceptualize the thesis and her reasons for supporting the movement of a more accessible place for students. She wrote, “as both an academic and a Chicagoan with roots that go deep down into the violent, blood-soaked soil of Chicago’s South Side for four generations, I suddenly recognized that this: the very real problem of violence and trauma and the necessity of figuring out how to make learning accessible to trauma-affected students was a challenge located, quite literally, in my own backyard.”

Blackburn later references Alison Kafer’s research on disability in academia to express the great need for a change in constructing how the higher-level learning space looks and feels, recognizing that “audiences can be composed of traumatized people who bring with them their own histories of trauma, and that spaces and communities can be affected by histories of trauma (3). [Kafer] argues that access is “not only how a space is designed, but also what happens within it,’ and claims that even if a lecture is in a physically accessible space, the content of the lecture could potentially make the space ‘no longer habitable—or habitable only under certain conditions’ (Kafer 2-3).” This idea stems, in part, from the need for educational content used in readings and lectures to be designed around the presence of mental and emotional triggers that come along with PTSD or other trauma-related disability.

Exposing a student with triggers related to forced sexual trauma to a movie scene or literary texts depicting rape without providing a warning or allowing full discretion can tap into the already present severe emotional and psychological damage that a student has experienced. This completely takes away the safe learning environment and the valuable learning experience of that material. However, providing an understanding of the existence of sexual assault and rape to all students at large is quite valuable.

To many, it is still expansively evident that those with triggers are not accounted for within the academic space, which makes little sense considering the staggering statistics around the traumas students are already subjected to when they walk onto campus for the first time. This further signifies that trauma-informed resources and teaching for students across the country are not only needed but essential to have a universally successful and safe learning environment.

Blackburn rightfully notes that “college students are at a higher risk of experiencing potentially traumatizing events including sexual assault and other forms of physical violence, life-threatening illnesses, community violence, unexpected loss of loved ones; natural disasters, and accidents (Galatzer-Levy, et al. 543). The research conducted by Galatzer-Levy, et al. suggests that 50.6% of students are exposed to a potentially traumatizing event in their first year alone (559).

Research shows that a “‘compassionate or trauma-sensitive learning environment’ can benefit trauma-affected students as well as students who ‘may be impacted by the sharing of experiences or behavioral responses of their trauma affected peers’” (Smithgall 5). In other words, trauma-informed classrooms have been determined to be universally beneficial.