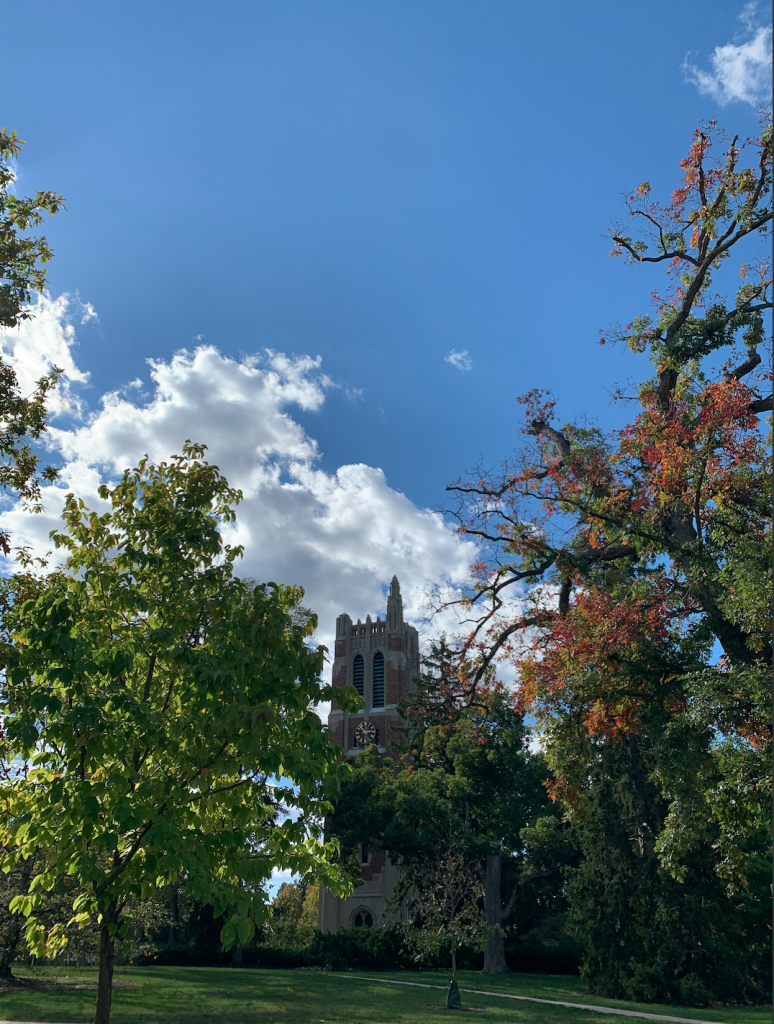 On October 22, Michigan State University president, Samuel L. Stanley Jr., sent out an announcement for the future of the university in the Spring 2021 semester amidst a rampant rise in COVID-19. These plans include upping the university’s number of “in-person educational experiences” tenfold, from just 40 to 400. Additionally, 2,500 more rooms will be available in on-campus residents halls for students who “want or need” to live on campus.

This tone-deaf announcement hailing the “dedication and efforts” of the Spartan community to reduce the spread of the virus comes amidst a frightening surge in COVID-19 cases in Michigan and beyond. Anyone unfortunate enough to live in East Lansing this year has seen all too well just how much students are not dedicated to stopping the spread of a deadly virus but to continuing business, or rather, partying, as usual.

Just the next day, Stanley sent out an October update ahead of the first home game of the 2020 Big Ten football season, the University of Michigan rivalry game, and Halloween. Stanley wrote to students, “I hope you’ll join me in the safety and comfort of our own homes by watching on the Big Ten Network or following it on the radio.” On Halloween, the sentiment was much the same as Stanley wrote, “I urge Spartans everywhere to summon only good spirits this Halloween by celebrating with class and safety to protect ourselves, our loved ones and our neighbors.”

Stanley didn’t even bother to mention the university’s half-baked Community Compact, which stipulates masks, six feet, and hand washing but no real guidelines on group gatherings. He also made no specific mention of inevitable football tailgating beyond his “hope” that others will behave as he does. Stanley, then again, jumped right into the administration’s confidence about the effectiveness of their virus prevention methods and plans to amp up Spring semester.

Again, Stanley made no mention of the fact that cases are again on the rise. Essentially, there is nothing at all to stop Spartan students from tailgating and partying this season beyond their own consciouses, which have already proven to be faulty more than once.

It’s hard not to feel as though MSU’s sanctions were designed to fail this way. The administration knows full well the behavior of its students on this matter, as it has been proven these last many months, and it seems they wish to remove themselves from responsibility for students’ actions. Back in September, the university announced students could be suspended for violating COVID-19 mandates, but not a public word has been spoken about the enactment of these threats since then.

Following a Saturday of tailgates, the Ingham County Health Department issued an emergency order restricting outdoor group gatherings to ten people or less. This order is in effect only in a designated section of East Lansing, which is heavily populated by MSU students. It’s painstakingly clear MSU students are the culprits spreading the virus around East Lansing, yet the university itself fails to set regulations or take any real responsibility for this.

The university physician sent an email to the student body citing the Ingham County order, even being so bold as to claim “the majority of you are complying with local orders and ordinances and abiding by MSU’s Community Compact.” To stand in defense of “the majority” of MSU students for following ordinances while announcing a very pointed reprimand for their failure to do exactly that is, frankly, absurd.

If the university fails to tell students what they can and cannot do in regard to tailgates, parties, and more, when these standards aren’t met, the irresponsibility of young people can be blamed rather than the rampant carelessness of an administration more concerned with finances than the wellbeing of the community. Perhaps the administration, from the safety of their homes, can claim to be unaware of the realities of game day in downtown East Lansing. However for those students locked in leases and frightened by the apathy of their neighbors, waking up on Saturday morning to the rampant roars of already intoxicated, unmasked party goers is a very rude awakening indeed.

Shelby Smith is a senior double majoring in English and professional and public writing with a concentration in creative writing. Outside her time spent on “The Current” and with the MSU Writing Center, Shelby likes to read, attempt to author her own works, and watch something she’s already seen on Netflix.