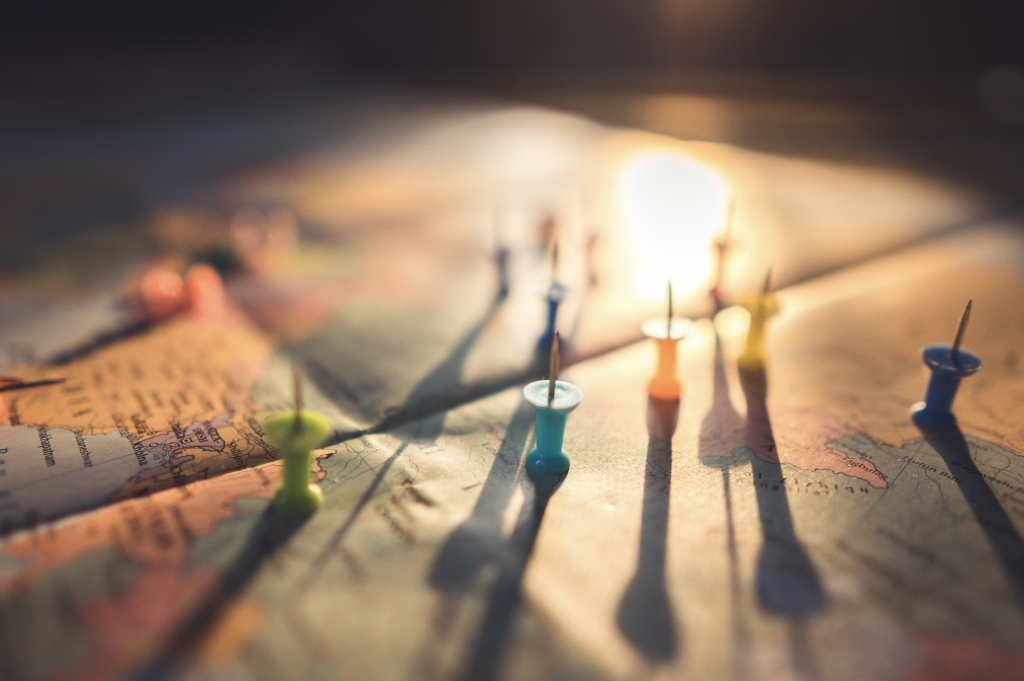 Are you Being Tracked?

For most of us, it’s not a secret that our personal data is constantly being collected by apps and websites. Beyond wondering if our data is collected, the question of how it’s used has a much more impactful answer —but it is probably not what you want to hear.

In simple terms, websites and apps can sell the data they collect to organizations to make a profit. In turn, these organizations are capable of using this data to target the advertisements that you are exposed to, so that ads are more personal and you are more likely to make purchases. Also, they can use the data for increased surveillance and heightened policing on specific groups of people. These are unfair consequences of simply owning a phone or using the internet, and in order to prevent location tracking and surveillance, it is necessary to understand the big picture.

How is Data Obtained?

Before diving into the effects of location tracking, it is important to understand the ways in which companies get a hold of data. One way is through social media apps. Specifically, Snapchat gives its users the option to turn their location in Snapmaps on or off, making it seem as if there is a choice of whether or not to be seen. However, even with the Snapmap location turned off, Snapchat can get a rough location through the combination of a phone’s WiFi chip and GPS that’s clinging to its nearest cellular tower. Other social media apps function the same way, and they are not always clear about it in their terms and conditions.

Not only can social media platforms such as Snapchat, Twitter and Facebook see users’ constant whereabouts, they also have access to all of the information that was provided upon signing up. This information can include individuals’ name, age, gender, email, phone number and place of residence. Even if users don’t willingly provide this type of information, companies can still make educated guesses about their lifestyles. For example, when a person’s phone is off for an extended amount of time every night, companies can assume they are asleep, and as a result, know where they live. From this, a person’s income level can be determined. Because companies are aware of this personal information, they can pair it with an individual’s interests based on the apps on their phone. Many people would agree that pairing location tracking with information like this is an extreme privacy violation.

Next, it’s essential to understand what transpires from the possession of this data. Christina Boyles, assistant professor in the Department of Writing, Rhetoric and American Cultures at Michigan State University, focuses her research on the relationship between surveillance and climate change. She explains, “We also know that many companies — Google, Facebook, data brokers, credit reporting agencies, and many others — sell users’ personal data for their own profit.” There are multiple ways that these stakeholders find value in our data.

One approach to profiting from user data is through targeted advertising. By knowing the lifestyle that you lead, companies can better narrow the types of ads that you are most likely to take action upon. The Boston Globe (2018) explains, “Unlike traditional print or television ads, location-based marketing has the benefit of knowing where we are, who we’re with and whether their ads are working.” The world of advertising is different now than it was fifteen years ago. With most people using streaming services, fewer people see live television commercials. Because cell phones are carried everywhere and are in constant use, marketers have adjusted to basing their advertisements off of where we live, where we go and what we do.

For example, think about someone who routinely goes to the gym in the morning, then takes the train to work, and then comes home to cook dinner. Because this individual goes to the gym and has an interest in their health, they are targeted with advertisements like Whole Foods and fitness stores. Then as they walk to the train for work, nearby coffee shops and convenience stores recognize their phone and send them coupons. Companies are aware of their place of work because their phone’s WiFi chip and GPS show them there Monday through Friday, 8 a.m. to 5 p.m.. This allows restaurants and fast food companies nearby to send discounts for them to take up during their lunch breaks. Finally, this individual has an interest in cooking dinner after work, making weekend trips to the grocery store a requirement. Grocery stores have the knowledge of trends in its community, noting the amount of traffic limited or not limited to bus routes. This allows the grocery stores to raise or lower prices based on their community’s level of traffic, having more information to control the price at which this person will buy their food. This use of personal information creates better profits for many types of companies who buy it.

Certain groups have greater subjectivity to surveillance. These groups are already devalued in society, and with more surveillance, they are even further marginalized. They consist of people with a low socioeconomic status, women, black and indigenous peoples, people of color and gender non-conforming individuals.

Greater surveillance of individuals with a low socioeconomic status is unfair because it results in a heightened level of scrutiny. Andy Boyles-Peterson, digital scholarship librarian at Michigan State University, gives this example:

He then illustrates what can happen when the data mining company sells this information to a home security company.

“Through a sharing agreement with the city, the home security company passes along the profiles they purchased to the local police force. The police force runs all profiles they receive through an algorithm, which recommends heightened policing of individuals active between late-night hours in specific parts of the city. As the person lives in a community with lower socioeconomic status and works nights, they become subject to increased scrutiny and surveillance.” This shows one way that devalued communities are further marginalized.

In order to prevent the negative outcomes of location tracking and surveillance, there are several laws and acts we can pay attention to.

The European Union has adopted General Data Protection Regulations (GDPR). These privacy and security laws were drafted and passed by the European Union, but apply to any organization that collects data from European Union citizens. The fines thatthe GDPR charges violators are very high: according to GDPR.eu, “The maximum penalty is €20 million or 4 percent of global revenue, whichever is higher.” Also, California has passed the California Consumer Privacy Act in January of 2020. This includes the Online Privacy Protection Act, which requires websites to include transparent information on the site about the personal data that it collects.

Although these laws are a step in the right direction and are taking the problem into account, it is not enough. There is much more development that needs to take place to stop this abuse of data collection. As Boyles states, “As members of the public, we need to hold companies, institutions, and governing bodies accountable for their misuses of our data, and encourage them to implement new models that put privacy first.”

Bear in Mind These Concerns

Location tracking and surveillance is a serious, prominent issue, especially because it continues to take place every second of every day. Boyles-Peterson drives home the point that data collection causes more harm than good: “Ultimately, this data can paint quite a picture of an individual, and in the wrong hands, it can do a good bit of damage, particularly to already marginalized communities.” When it comes to personal data being bought, sold and used for marketing, it’s important to understand how it’s obtained, who it affects and what is being done about it. These actions can help support and protect ourselves and marginalized communities from tracking and surveillance violations.

Rachel Gignac is a junior professional writing major with a focus in editing and publishing and a minor in graphic design. Her enthusiasm for editing can be recognized in her work as a content editor for the official Michigan State yearbook, the Red Cedar Log. Outside of work and school, she fulfills her love for art and photography through traveling and crossing as many countries off her list as she can.