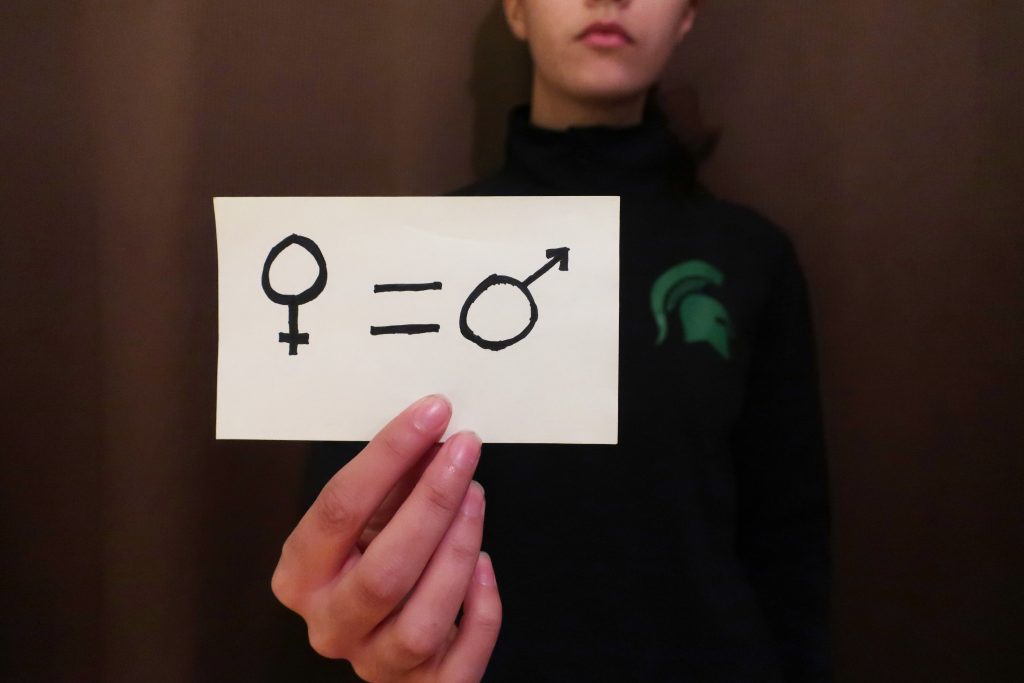 Gender stereotypes have dominated societal mindsets for ages. Despite the mass effort to overcome gender disparity and inequality in various communities, there are still perceptions in place that prohibit positive growth. “Women belong in the kitchen” and “a crying man is a weak one” were a few of the original gendered stereotypes, spawning from dangerously sexist mindsets and prohibiting such growth. Although gender stereotypes today may not be as blunt as they were in the past, they still carry their own toxic weight, and have since seeped into different areas of society, particularly into the classroom.

Designated as the main location where students learn practical life skills and knowledge, the classroom is a vital environment for all. What students study, and the conditions in which they do so, are crucial to productive and successful educational systems. When there are large gender disparities in such an environment, it can lead to negative experiences for students and faculty alike. Students who experience this later on in their educational career, such as students within higher education, tend to be impacted in ways that then affect their career paths.

For many years women weren’t encouraged to pursue higher education. They were ‘meant’ to fill other roles, so they spent their time outside of the classroom, instead of studying and expanding their knowledge. However, in recent years, there has been an increase in the female population attending both colleges and universities. It’s even been mentioned that women are now surpassing men in both enrollment and graduation rates. This seems to be a step in the right direction to overcoming gender-inequality in our educational system, as women are now being encouraged to pursue their passions beyond high school. However, there are still vast differences in the fields in which they study, meaning that gender disparity is still a prevalent issue in the classroom.

Rachel Beard, a recent MSU alumnus, was a part of the small female population within the College of Engineering. Beard studied both computer science, a predominantly male field of study, as well as journalism, a predominantly female field of study. Originally only a journalism major, Beard was drawn to the engineering field by her curiosity of both computers and programming. When asked about her experience with gender in her field of study, Beard voiced that she noticed gender disparity not only across the student population, but on the faculty side as well.

“When I took my [engineering] capstone class at MSU, I was one of less than 10 women in a class of over 100 people. My computer science classes were so male dominated, and my journalism ones were so female dominated – but in both cases, almost all my professors were men,” stated Beard.

When asked about her thoughts on the origin of this phenomenon, Beard navigated to discussing the media. Beard can only count on one hand the amount of times she has seen a television show or movie that featured a woman carrying out computer coding. The men in these fictional worlds were always expected to take on the brunt of the mathematical or engineering work.

“When young girls show an interest in math or science, we often push them to become nurses before we push them to become engineers. Young boys, on the other hand, are pushed into things like electrical engineering and computer engineering much more easily,” voiced Beard. “Trying to move past those stereotypes isn’t easy, either. Computer science is the most male-dominated of the engineering fields, and being the only woman in the room isn’t easy. The offhand sexist comments and the attention messes with you after a while.”

Overall, Beard expressed she found the concept of gender disparity within the classroom to be intriguing.

“I’ve always found it interesting how we as a society seem to value male dominated fields over female dominated ones. As if majoring in computer science or mechanical engineering is more noble and productive somehow than majoring in journalism or English.”

Parker Eisen is currently a part of the College of Arts and Letters, pursuing his passion for both English and Film Studies at MSU. Upon graduation, he plans to pursue a career as either a writer or director in the film industry. Throughout his experience at MSU, and particularly in his field of study, he’s noticed some disparity in both instruction and content.

“Especially in my English classes, thinking back to [a course] which had 30 students, there must have only been five or six men in the class,” stated Eisen.

He then continued by explaining that film was a male-dominated industry. This then leads to a more complex issue for the industry.

“If you only have men making films or writing books you only get half the story of the world, as with race, class, etc. in my opinion,” Eisen explained. ”Barry Jenkins (Director of Moonlight) was talking about Claire Denis and how she shot her female characters, and he said that only a woman would put the camera there… no man would ever put the camera [there] because that is just a viewpoint that we/they could never understand so I think it [has] an impact.”

Another male in the College of Arts and letters, Jarett Greenstein, also had a lot to say on the topic. Greenstein is currently pursuing both English and professional and public writing at MSU, with hopes to work in the publishing industry as a developmental editor. Although he hasn’t had any direct experience with gender stereotypes in the classroom, he still has deep thoughts on the idea of gender and ‘feminine’ and ‘masculine’ fields of study.

“What femininity or masculinity means changes over time, so to describe a field of study that way is not very exact,” explained Greenstein. “Not only that, but the complexity of the field, just as with the complexity of people, means that it isn’t going to be 100% feminine or 100% masculine.”

His thoughts on the stem of gender stereotypes also relate back to the media. Eisen believes the media has the ability to frame how we view certain concepts or ideas. These portrayals have the power to either spark conversation or prohibit it.

“In a society in which the media is one of the prime socializing forces, second only to primary caregivers, I think that media shapes how people react to masculinity [or] femininity,” continued Greenstein. “[Unfortunately] to apply an idea to someone without [knowing] how they are as a person is to deny their agency as another human.”

Greenstein strongly believes the idea of forcing someone into a stereotype without knowing who they are as a person is unjust. He, much like Beard and Eisen, is a prime example that students have thought long about this subject, and the way in which it impacts individuals. All three students have come to the conclusion that such impacts are thoroughly negative.

Through the eyes of women studying engineering and men studying the arts, gender disparity is still a prevalent issue in higher education. Although there have been steps to try and correct this issue, there is still more work to be done. The question is, will a society rooted in sexist beliefs be able to move forward? Will our youth ever have an opportunity to experience an educational system that embraces gender equality, instead of prohibiting it?

Sierra Jezuit is a senior studying Professional Writing and English. She currently works for the Michigan State University New Student Orientation program, and hopes to work in the editing field after graduation. In her free time she can be found listening to all kinds of music, browsing Netflix and writing poetry.