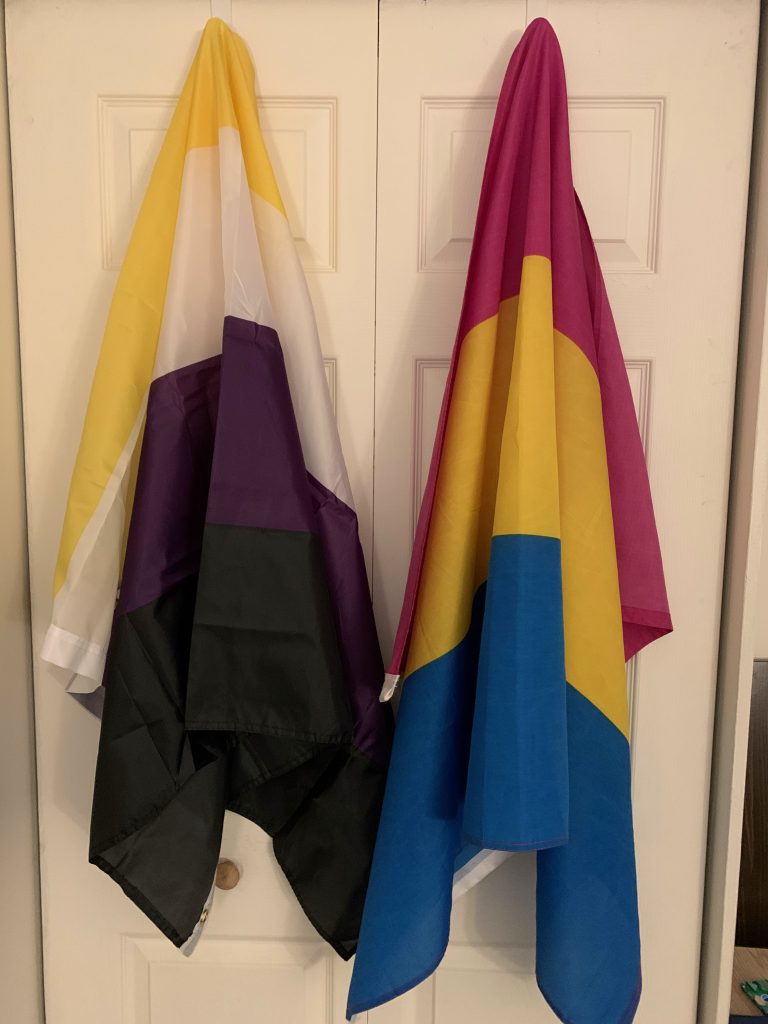 We’ve all heard the long-established acronym LGBT used to refer to nonstraight, non-cisgender people. But as times and identities change,other labels and sexualities have gotten to share the spotlight. LGBT became LGBTQ, then, as I’ve seen in some spaces, LGBTQIAP+. Each one of the words behind those letters represents a subculture within the queer community. But these ever-changing and expanding labels can be a source of confusion and stress for people who find themselves questioning their sexuality. Bisexual, pansexual and other similar sounding labels like polysexual and polyamorous are all in a rabbit hole of history and largely overlapping definitions that can leave anyone reeling. During my first year of high school, I had to go down that rabbit hole alone. Now I hope to offer a helping hand to anyone else who might have the same question I did: what do all those words mean?

Before I recount my research, I want to stress that labels can be a source of confusion, but also one of comfort for many people, myself included. Any general consensuses that follow are not meant to exist for people to uncomfortably box themselves in. For people that prefer labels, a large part of deciding which one to use is quite simply “which one feels right.” The way someone feels, especially concerning sexuality and gender, is not something that can be dictated by an outsider. For some people, prefixes like gay, bi or pan just get in the way of figuring out how they feel, and so they prefer to not use any labels. The following research is not meant to be a fixed set of rules, but rather one of the many sources of information to help people draw their own conclusions. With that, let’s dive in.

B is for Bisexual

The word bisexual got in early as part of the first edition of the gender/sexuality acronym LGBT. Bi-, the prefix meaning “two” seems to mean, pretty straightforwardly, being attracted to two genders. It would follow that those two genders are men and women. But these days, two feels like an oversimplification. Many people refer to themselves as genders other than men and women, so what are the “two” that this prefix is meant to refer to?

Megan Townsend, a member of the LGBTQ+ advocacy organization GLAAD, suggests “A bisexual person is attracted to people of their gender and at least one other gender.” This makes the label far more free and individual than it may seem at first glance.

Pansexual: Nothing to do With Cookware

Here we look to the prefix pan- meaning “all.” Tragically, the first instance of the word pansexual traces back to Sigmund Freud’s belief that “the sex instinct plays the primary part in all human activity.” Now, there are two commonly-held feelings about this word’s meaning, neither of which have anything to do with pseudo-psychologists like Freud.

The second definition, one which has gained more popularity as Miley Cyrus and British lawmaker Layla Moran have spoken up on their own feelings about pansexuality, is that being pan refers to attraction that doesn’t pay any attention to the gender of a person. In Moran’s words, “falling in love without consideration of the person’s […] gender identity.” This is where pan largely separates from bi. The primary difference between this version of pansuxuality and bisexuality is the attitude toward gender: one takes it into account, one does not (that being said, if a person says they really don’t pay a lot of attention to gender, but prefers to refer to themself as bisexual, they are still bisexual).

Poly-, a prefix meaning “many,” seems at first glance to be a middle-ground between bi- and pan-. This is not entirely untrue. Polysexual has the largest amount of overlap with bisexual but is genrerally agreed to mean “sexual attraction to many, but not all, genders.” So, someone polysexual could be attracted to all genders except women, for example. With modern definitions of bisexual including the phrase “at least one other gender,” these two largely agreed upon definitions are quite similar. Because of this overlap, I want to once again stress that many people choose labels based on feelings rather than strict definitions and that the nuances of identity are highly individualized.

Polysexual is not to be confused with polyamorous. If you’ve ever gotten frustrated at a poorly written love triangle in a movie or book and just wished they’d all date each other instead of create some unnecessary drama, then you already have a pretty good idea of what polyamory is all about. Someone polyamorous is, or would like to be, in consensual and informed romantic relationships with more than one person at the same time. Using one of the afore-mentioned love triangles as an example: if Edward and Jacob had no attraction to each other, but agreed to Bella dating each of them individually and simultaneously, then Bella would be polyamorous. If all three of them dated each other simultaneously, they would all be polyamorous. If Bella was dating Edward then started dating Jacob simultaneously without telling Edward, then that is not polyamory. Edward would probably call that cheating. It’s also worth mentioning that polyamory can coexist with any sexuality. Someone can be heterosexual and polyamorous, or pansexual and polyamorous.

Don’t Get Hung up on This

I never felt like I was under pressure to choose a label, but I wanted one for my own sake. These are some common terms that people who feel attraction to more than one gender use, but choosing a label is not a requirement to be a member of the queer community. Whether you haven’t decided which of the many pride flags suits you best, don’t feel safe or ready to tell anyone about how you’re feeling, or if you have decided that you don’t feel very inclined toward choosing any particular identity, you’ll always have a place in the found family of the LGBTQ+ community.

Megan Elias is a senior double majoring in professional writing and linguistics with a minor in graphic design. In addition to working at “The Current,” she is also the content editor at Sherlockian.net and the junior history editor at The Tempest magazine. When she’s not working, she can be found riding around campus on her longboard or playing Tetris 99.