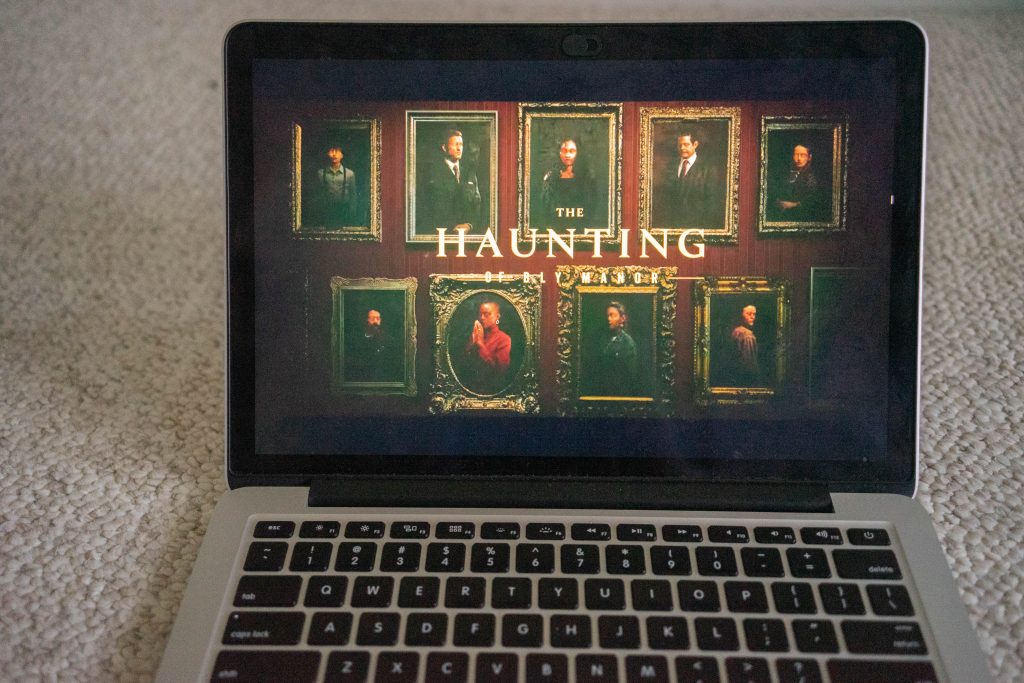 In order to adapt to the progressive world around us, many TV shows strive to represent the many facets of humanity. An article from Pew Research Center notes that while older generations are less convinced, Gen Z and Millennials agree that increasing diversity in the U.S. is a good thing for society. The research center also claims that younger generations have a more positive perspective of interracial and same-sex marriage than their older counterparts. Debuting in October 2020, the American gothic romance drama “The Haunting of Bly Manor” showcased many examples of diversity.

The story takes place in the ‘80s and tells the tale of a young American woman named Danielle who takes on an au pair job in an English manor for two young orphans. She is hired by the orphans’ uncle, Henry, who likes to keep away from the manor and instead spends all of his time in his work office. Almost all of the characters in Bly Manor are haunted by ghosts from their own past and the manor’s past.

While many appreciate the overall timelessness of the plot, the series has also been praised by critics for the diversity present within the casting of this classic story. An Article from IndieWire says, “The Gothic romance doesn’t just discuss the nature of grief, love, and toxic relationships. It’s also a meditation on how the world of adaptation can open opportunities for marginalized communities the original author would have left out.” Much of Bly Manor’s diversity is present within the roles of the housekeeper, cook and gardener, who show Dani the ropes of the manor and ultimately play guiding roles in the plot.

The following breaks down key characters and their roles of diversity:

Danielle – played by Victoria Pedretti. Immediately following a conversation of Dani’s sexuality, her past trauma is revealed as being the early death of her fiancé. She is continuously haunted by her fiancé throughout the series, leaving her as a developed character with guilt and hope for starting over. She soon falls in love with the female gardener, Jamie.

Hannah Grose – played by T’Nia Miller. Hannah is a black, live-in housekeeper. Although being “the help,” she is an independent and respected part of the family and history of Bly Manor. In one of the final episodes, it’s revealed that while one of the orphans was possessed they pushed Hannah down a well and turned her into a ghost, right as Dani arrives at the manor for the first time. This is confirmed by the hints Hannah’s character gives throughout the series and makes her an essential in understanding what Bly Manor becomes for all that die there.

Owen Sharma – played by Rahul Kohli. Owen is an Indian cook for the manor who has given up life as a chef for a few years to work close to his sick mother, and he interacts with the children as almost a father figure. Hannah and Owen are love interests.

Rebecca Jessel – played by Tahirah Sharif. Rebecca is half Pakistani and half Jamaican. She is Bly Manor’s previous au pair who drowned in Bly Manor’s lake. While alive, Rebecca has a romantic relationship with Peter Quint, Uncle Henry’s white assistant.

The representation of the LGBTQ+ community and a range of races transforms this traditional tale into a progressive story that mimics its audience’s values. Therefore, the implementation and praise of “The Haunting of Bly Manor” gives hope to future TV portrayals as well as the onward look of society.

Kate Snider is a senior majoring in advertising with a concentration in copywriting. Outside of class, Kate works at the Creative Center, a new organization started within Comm Arts to assist other creatives with their portfolios. She is continuously inspired by encounters with new people and places. Post graduation, Kate plans on looking for work in Portland, Oregon to expand her hobbies of hiking and photography.