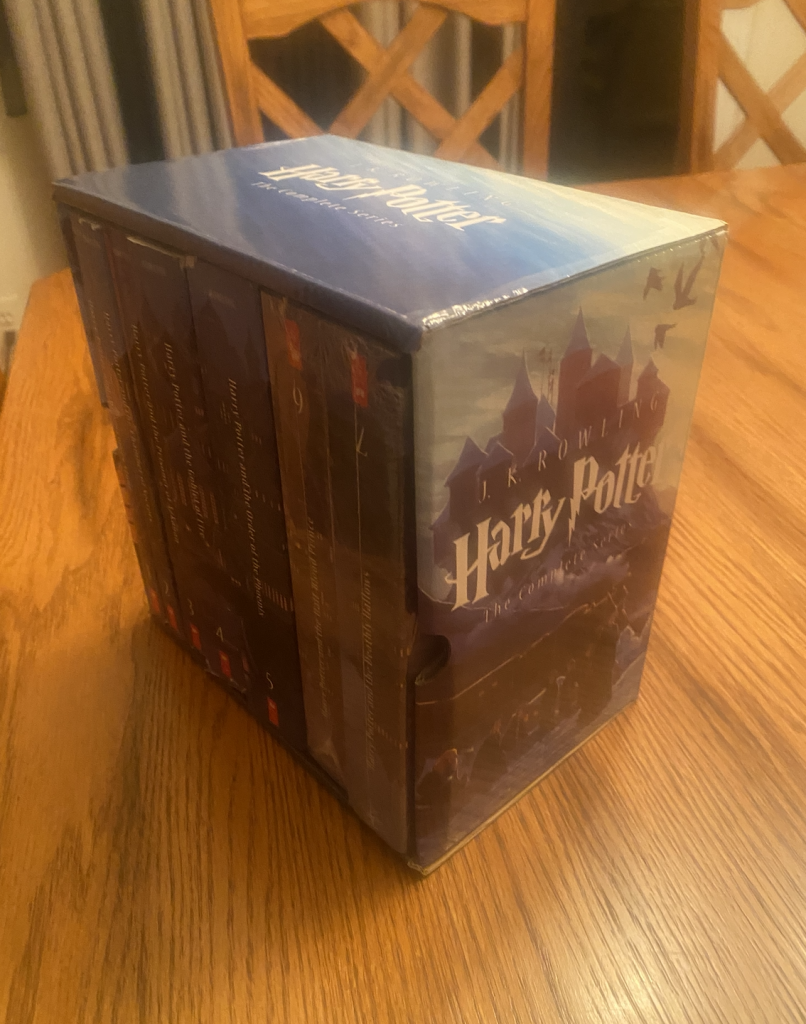 J.K. Rowling created the fantasy world of Harry Potter. The millions of readers who grew up on these books saw triumphant stories about a group of friends persevering through and overcoming evil forces. An empire was built upon these books. Movies were made to bring her work to life, there are theme parks dedicated to the world of Hogwarts, Potterheads dress up in house robes and some even own replica wands like those from Olivanders’ Wand Shop. Many people have idolized these stories, but with recent controversial postings from the author herself, some die-hard Harry Potter fans are asking themselves if it is  still acceptable to like Harry Potter in this day and age.

With Rowling’s recent views about the transgender community coming to light, many wonder if her prejudices have affected her writing. The debate started back on June 6th, according to Glamour. On Twitter, she has made comments that discriminated against the transgender community. One of the comments she made implied that only cis-gender women get periods, leaving out the trans community. She also supported Maya Forstater, a tax specialist who was fired due to transphobic tweets.

Many of the actors who portrayed characters in the Harry Potter movies have spoken out online against J.K. Rowling’s hurtful tweets. According to CinemaBlend, in response, Harry Potter actress Emma Watson tweeted out “Trans people are who they say they are and deserve to live their lives without being constantly questioned or told they aren’t who they say they are. I want my trans followers to know that I and so many other people around the world see you, respect you and love you for who you are.”

It begs the question: can we separate the artist from the art? Can and should we still appreciate the adventures of these young wizards as well as her other work knowing her views?

Race and class are discussed in the novels. Voldemort and his army believe that only purebloods have the right to practice magic and are superior and that muggle-born wizards have no place in the wizarding world. Characters such as Draco use the derogatory term mud blood to describe muggle-born wizards, which is the equivalent of a racial slur.

J.K. Rowling was battling depression when writing the novel series, and some readers have drawn a connection between this and the dementors, sucking away one’s happy memories and feelings. With this in mind, it is possible that her views in other areas such as sexuality and race overflowed into her writing.

Within the Harry Potter series, the goblins that run the bank Gringotts are persecuted against and are seen as not equal in comparison to wizards. They are referred to as a race in the book, and there are many theories as to what racial group of people Rowling was symbolizing and if she was using harmful stereotypes, embedding racism into the mythical creatures. According to Moment Magazine, there have been comparisons drawn to how she describes the goblins and Jews. While this theory is not confirmed, she describes the oppressed goblins as short and hook nosed. This description fits with hurtful anti-Semitic stereotypes. These are only theories, but it makes readers question what her true intentions were while creating this series.

Michol Rein, a senior at Michigan State University, is a big fan of the Harry Potter movies and books. Rein loved the fantasy aspect of  the incredible world sprawled out on the pages. She dreamed of going to Hogwarts one day and stepping into the magical realm. For her, these books are tied to her family. She fell in love with them when her mother used to read the stories to her and her brother, and their family would watch the movies together.

Rein was disturbed by Rowling’s comments and says she hates that someone who wrote such good books thinks that way. Her love for the books endures, and she is trying her best to separate the author from the work.

“I think it’s still okay to love the books and enjoy the world she created as long as we stay educated in the issues she’s creating and maybe try not to support her as a person so much anymore,” said Rein.

There is no  right or wrong answer when it comes to reading these books, watching these movies, and celebrating the world of Harry Potter. It comes down to being educated about the work you are reading and your personal beliefs. Some read these books and see a story of triumph, overcoming obstacles, and friendships, while others see hidden meanings due to new interpretations of the author’s intentions. It is up to the individual reader how they interpret these books and if the legacy that J.K. Rowling built continues on in future generations.

Renee Prvulov is a senior majoring in professional writing with a minor in creative writing for fiction. She is a consultant at the writing center and a publishing intern for the Cube. She hopes to attend a publishing institute after graduation, and find a job editing at a publishing company. To destress, she loves to read, write, and binge watch on Netflix.