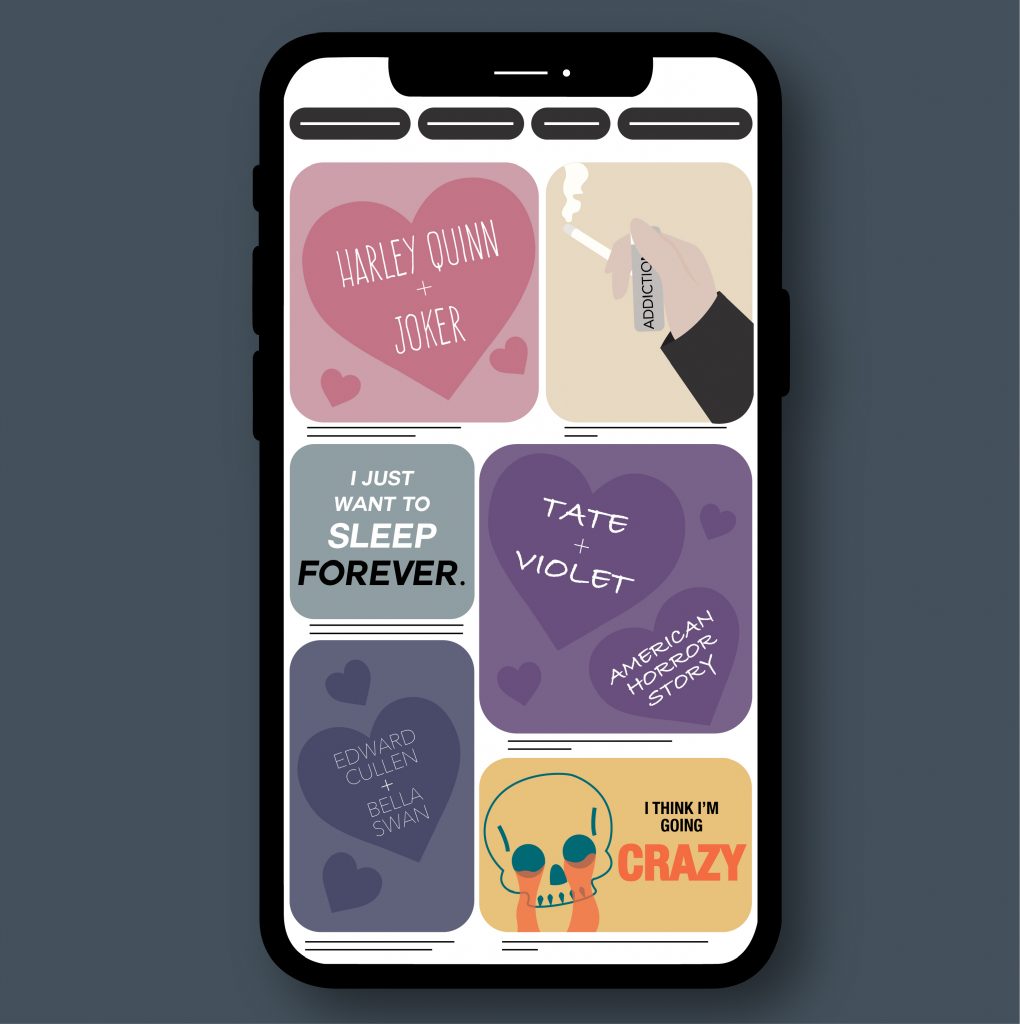 Mental health is an incredibly complex topic. It’s been stigmatized for millenia, especially among women and conversations to further its understanding have to be approached carefully. Too far in one direction and you reinforce past stigmas. Too far in the other direction and new stigmas are created through the glorification of mental illness.

Anyone with a diagnosed mental illness will tell you: it’s hard. Suffocatingly so. There are ways to cope and even to improve mental health, but the reality is that getting to a place where consistent happiness is possible is a long, slow process. Improvements are made in increments so small they’re hard to see and the ways of the road are about as interesting as stop-and-go traffic. That’s not to say that nothing happens on the road—tires can burst, sinkholes can pop up, paths can take forced detours and beautiful landscapes can come out of seemingly nowhere—but the daily tasks that come with mental illness are anything but glorious.

Despite this, mental illness and toxic behavior relating to mental illness, is often romanticized and this romanticizing takes many forms: characters are fawned over because their suffering makes them “special;” stories wax poetic about how the unhealthy behaviors taking place are justified or even a good thing; story dramatics are made to eclipse the realities of mental illness and mistreatment is warped as being an inherent part of creativity. There’s also the fact that women having mental illnesses can make them seem weak and helpless and that’s hailed as a positive by predatory men, but this article doesn’t have time to dig through that can of worms.

To start, one example of romanticized mental illness is how characters using unhealthy behavior is sometimes written as literally romantic. In the Twilight series written by Stephanie Meyer, Edward Cullen and Jacob Black, the two male love interests, are both extremely controlling of Bella Swan, the female lead. Between the two of them, they stalk her, threaten self-harm if she’s not involved with them, threaten self-harm if she’s involved with the other, threaten violence against each other because of their advances and manipulate her in a number of other ways. These are specifically set up as romantic actions that she and the audience should take as a good thing, as are the mirroring actions Bella takes. She insists on being with Edward despite his reluctance, uses the feelings each one has for her to control their actions, is in a relationship with Edward because she cares about what he can give her rather than because they’re actually compatible and intentionally puts herself in life-threatening situations so she can hallucinate Edward being worried about her after he breaks up with her. All of this is used to show “how much [one of them] cares about [the other]” and much of the reception to this is positive and has shaped what part of a generation desires from relationships.

Bella’s disregard for her own life, so she can chase a fantasy, also works as a good example of narratives choosing to focus on imagined dramatics in a way that almost sweeps reality entirely out of sight. In Bella’s case, the point of her character is that she is unremarkable to the point of boring. Nothing interesting ever happened to her until she met the Cullens. However, to propel the plot and further the books’ problematic depictions of love and romance, the story put her in various life-threatening situations. These situations were meant to show how Bella would do anything to be with Edward, but experiences such as these go directly against the body’s deeply ingrained need for self-preservation. The body’s way of processing “I could have died” is not as simple as feeling slightly shaken and brushing it off after a short time. However, that’s exactly what the books do. Instead of feeling real fear for her life in what would have been an appropriately proportional emotional reaction, the story has her casually put herself in these situations over and over again for a combination of punishment to this imagined Edward and indulgence in a fantasy.

Another, potentially more harmful, instance of “fantasy over reality” is the show 13 Reasons Why, which is based on a popular young adult novel by the same name. As opposed to distancing itself from reality to indulge in a fantasy, 13 Reasons Why goes overboard with graphic details about how and why the character Hannah Baker killed herself. The subject matter can be valuable in raising awareness, but the way it was presented told a tale of revenge fantasy, rather than looking at what it’s like when someone kills themself. As Alexa Curtis pointed out in Rolling Stone, “In real life, when someone commits suicide, their story ends there. 13 Reasons Why failed to end Baker’s story, since she lives on through the tapes. We become captivated by the drama of the suicide rather than the actual suicide itself…Due to the tapes, we don’t witness the utter emptiness and grief that occur after someone commits suicide.”

Something even more widely accepted and fawned over is the “simple” case of the tortured artist trope. With this, characters are exceptional at something, or more interesting to other characters, because of their mental illness. This sets up their mental illness as a positive problem—something to be happy about—rather than something that needs to be dealt with. Because of this, people may and do avoid seeking professional help in order to hold onto this “trait” that supposedly sets them up for greatness, no matter how much they’re struggling.

While this article barely scratches the surface of the amount of toxic romanticization of mental illness, abuse and trauma, it has hopefully provided a place to enter the rabbit hole and learn to critically view such displays.

Carolanne Stockton is a senior majoring in English with a concentration in creative writing. After college, she hopes to use her passions for writing and editing to go into the publishing industry to help others share their voices. Other passions of hers include psychology, gaming of all types, spending time with friends, and seeing as many cute animals as possible.