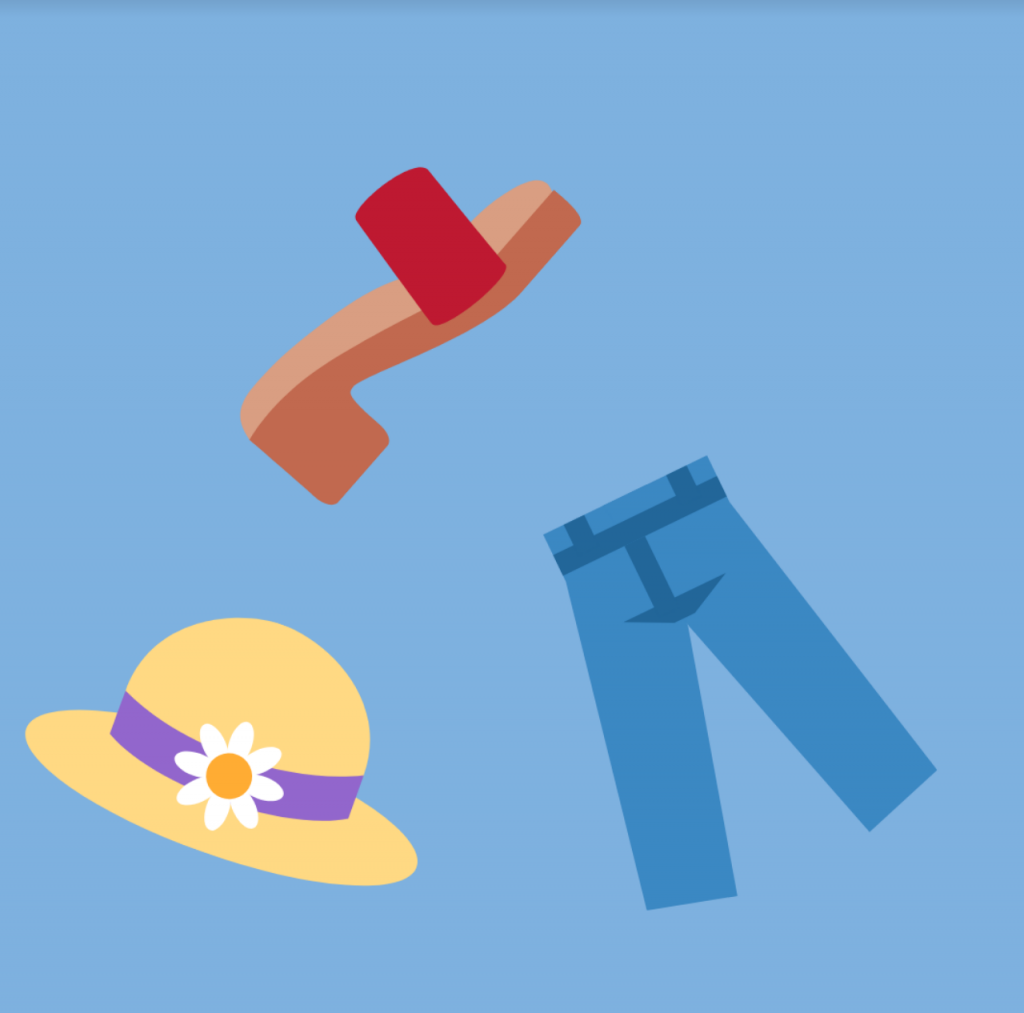 Platform flip flops. Gaucho pants. Baby tee. If you don’t recognize the names of these fashion staples from the 2000s, you would definitely recognize pictures of them. Besides the strange memories that resurface from upwards of twenty years ago, what else do you think?  When you imagine someone with frosted tips, an Ed hardy tee and embroidered jeans, what do you feel?  If you are anything like the typical consumer, these fashion staples have faded into the past along with the TV shows they were worn on and the bands they were sung in.  After enough time on the rack, these products went from an “I gotta get me one of those,” to a resounding “No.” But why?

In fashion theory, the idea of the fashion life cycle has historically prevailed and derives from sociologist Everett Roger’s diffusion of innovations theory. According to George Sproles, in the Journal of Marketing, there are two time frames for fashion cycles.  The longer-term time frame is referred to as secular because it only occurs once in an age or century and ranges from 30 to 50 years.  In this time span, it is thought that fashion will go from one extreme to another and back again as the fashion of a certain time is improvised upon. While a longer-term approach is important in understanding fashion, the shorter-term approach is more important in understanding the life span of a specific style/improvisation and can last for as long as a decade.

This shorter cycle is shaped by a whole host of things, but according to the Encyclopedia of Clothing and Fashion (ECF), in the twentieth century, it was shaped most definitively by the tensions between the older and younger generations that started with the birth of the baby boomers, as well as an increased focus on leisure rather than work.

The tension between generations is what got people thrifting for outdated fashions or fashions that their parents weren’t wearing.  In an interview with Newsweek, fashion-history professor Beth Dincuff Charleston discusses how the mid-60’s made “vintage” a thing.  They did this because they were the first ones to not just take inspiration from previous styles, but instead actually wore the garments. This revolutionary action is what paved the way for the transition from thrifter to trendsetter.

But why are clothes from the 90s becoming more and more popular while clothes from the 2000s are seen as out of style by most people who grew up in the 2000s?  Well, as is discussed in the ECF entry by Marilyn Revell Delong, fashionability is a matter of taste and this taste “requires an awareness of change in forms of dress within one’s lifetime.”  Hence, “the older consumer who has experienced that look before may not participate.”  This is why you’d be hard pressed to find a person who grew up in the 70s wearing 70s fashion while their child might be on the lookout for the things that the parent may have given away.

On the flipside of that coin, it shouldn’t come as a surprise when the fashion of the 2000s inevitably gets recycled, especially since it is already starting to happen.  Amanda Krause for Insider seemingly used Urban Outfitters and Fashion Nova as a litmus test for what 2000s fashion staples were making the comeback among the youth of today. Some of those staples include Steeve Madden sandals, velour tracksuits and seashell necklaces, no thanks to the VSCO girl. So, go forth and donate your clothes to the corner thrift store, but do it knowing you might just be inspiring the next trendsetter.

Jarett Greenstein is a junior double majoring in professional and public writing as well as English with a concentration in creative writing. He is currently the Assistant Managing Editor at the Red Cedar Review and you can find him on Twitter @JarettWrites.