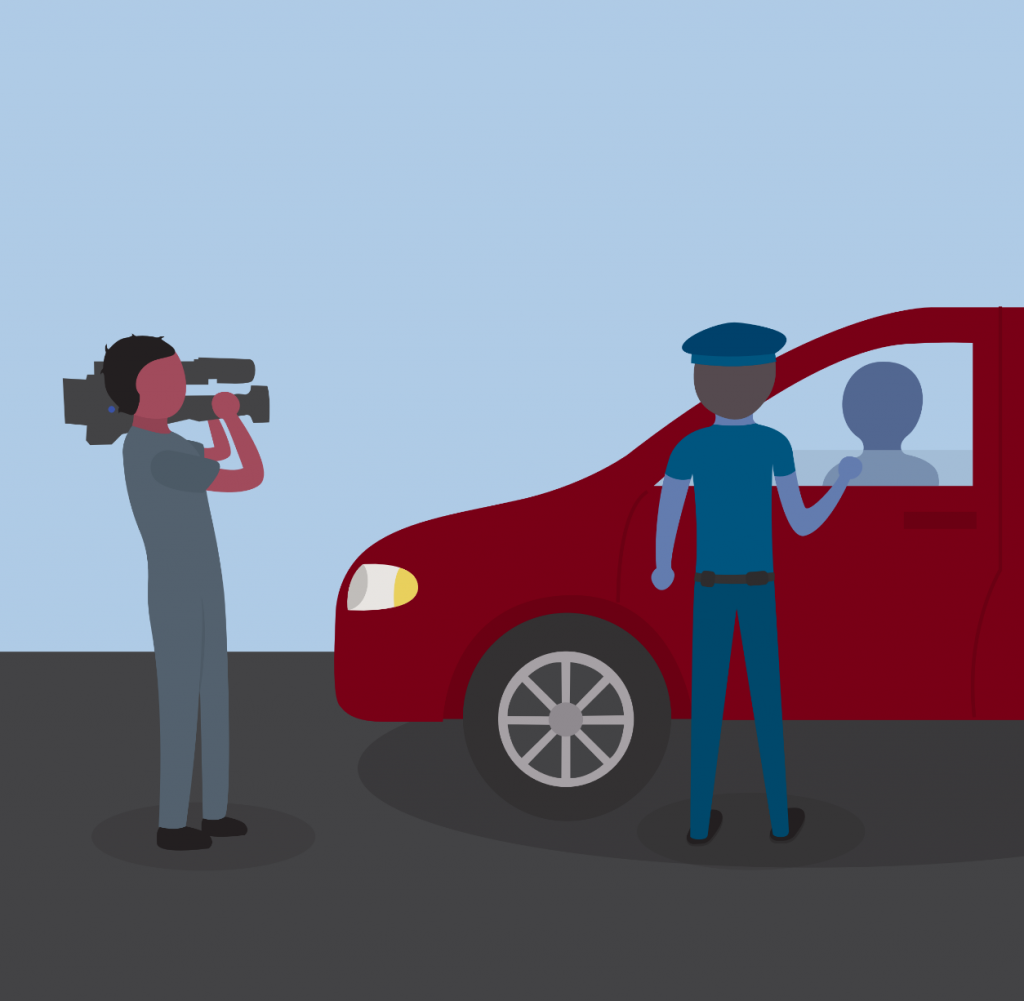 Copaganda, a combination of two well-known words, refers to the phenomenon of the media  that paints law enforcement exclusively as good-hearted heroes who protect and serve the people of the United States. However, as Black Lives Matter protests demonstrated this summer, white people can no longer ignore or deny that cops are much more dangerous than TV lets on.

Back in the 50s, when the heyday of fictional hero cops began, by the end of every episode the good guys (cops, apparently) would outwit or outmuscle the bad guys (poor people of color, usually). It was a simple formula for entertainment that almost always left room for, or even encouraged, officers that acted outside the law when they saw fit.. This form of lawbreaking was never portrayed to viewers as something negative or unjust because these cops were ‘doing it for the right reasons’. Gotta catch those bad guys, right? Unfortunately, this formula still lives on even seventy years later, and convinces large audiences that police are only good guys who protect people.

In January 2020, Color of Change, a progressive nonprofit organization that advocates for civil rights, released a report concerning “the dangerous misrepresentations that define television’s scripted crime genre.” The article refers to cop shows as “the justice system’s PR machine.” The report’s foreword references a cable network promo for a “Law & Order” marathon which featured a collection of the network’s hero cops with weapons drawn, busting down doors, and “roughing people up” to the sound of this voiceover: “to enforce the law, sometimes you need a little…disorder.”

“Law & Order” premiered back in 1990 and made a name for itself as the go-to police procedural, taking the viewer through the crime itself, the scene investigation, detective work, and the courtroom. The show spawned spin-off “Law & Order: Special Victims Unit” in 1999 that focuses on a unit dedicated to crimes of a sexual nature. In September 2019, “TIME Magazine” published an article all but praising “SVU,” saying “…by consistently focusing on the stories of women and children, and by showing actual consequences that befall perpetrators, ‘SVU’ has, over the years, been commended for its mostly faithful portrayal of the criminal justice system—even if the drama is dialed up for entertainment value.”

On the other hand, Color of Change offers a different perspective through their  “Good Guy” Endorser Ratio. This ratio compares how many times a “good guy” commits a wrongful action with how many times “bad guys” do. “SVU” did terribly on the scale with 20 wrongful actions committed by a good guy for every one wrongful action committed by a bad one. Therefore, while “TIME” paints the show as being positive because of its public perception of crimes like sexual assault and its demonstration of the consequences for such actions, they fail to acknowledge how the show perpetuates the notion that it is okay for law enforcement to break the same laws they are meant to uphold. Shows like these paint wrongful behavior as acceptable from those in this powerful position, but this kind of behavior usually results in unjustified killings, racial profiling and other oppressive law enforcement acts.. One of the recurring themes throughout Color of Change’s report is the assertion that crime shows, from the perspective of Criminal Justice Professionals, render racism invisible. The characters and plots of crime shows fail “to recognize racism, racial disparities, and experiences of racial injustice.”

It’s indisputable that the omnipresence of heroic cops in modern media contributes to the United States’ misguided belief in the sanctity of the police force. While viewers watch Olivia Benson rough up some bad guys to save the day, they forget to consider the implications of police brutality on the part of their favorite TV officer. When the media identifies these actions as heroic, viewers can become desensitized to police brutality, causing them to not care as much when incidences like these happen in real life. When white viewers don’t look at racial disparities copaganda produces with a critical eye, it further intensifies racial biases present. In their eyes, that’s how the police system works.

And people wonder why many don’t bat an eye when they see police brutality in real life.

Shelby Smith is a senior double majoring in English and professional and public writing with a concentration in creative writing. Outside her time spent on “The Current” and with the MSU Writing Center, Shelby likes to read, attempt to author her own works and watch something she’s already seen on Netflix.