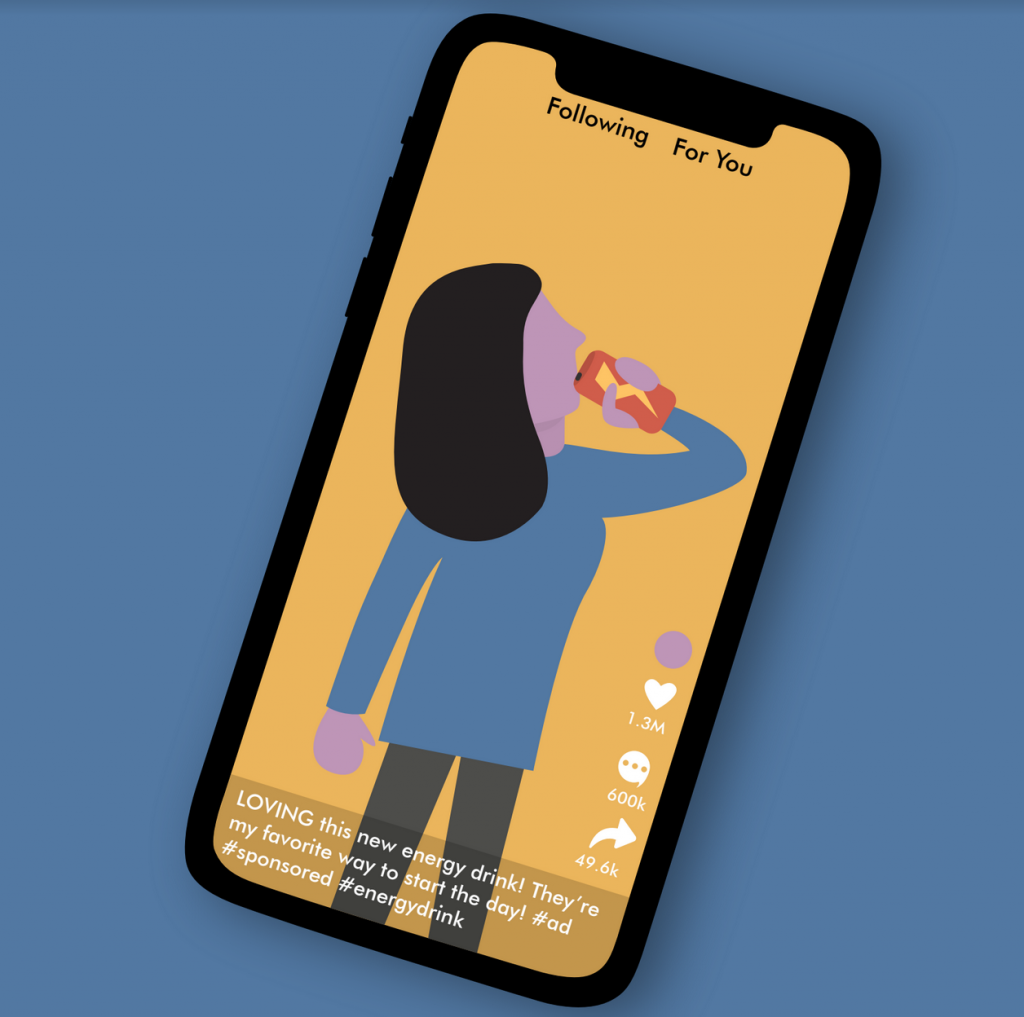 TikTok was steadily growing in popularity until quarantine’s boost of boredom spiked TikTok’s popularity and base of loyal users. Many companies saw the platform as a new space for advertising. TikTok formal advertisements cost $10 per 1,000 views, but companies can also choose to work directly with an influencer, pay employees to operate a TikTok account or spend $150,000 on a six day hashtag challenge.

Some paid TikTok campaigns have been huge successes, like Dunkin’s partnership with TikTok’s most followed user, Charli D’amelio. Dunkin’ added the star’s signature drink to their menu as “The Charli,” and the Dunkin’ vice president reported to “TMZ” that the chain “set a record for daily users on its app the day ‘The Charli’ launched, thanks to a 57% increase in app downloads, and within 5 days the coffee giant sold hundreds of thousands of Charli’s signature drink.”

Other successful partnerships include American Eagle and Addison Rae and David Dobrik and Chipotle. Recently, Dobrik and Chipotle asked TikTok users to create videos sharing their go-to order for a chance to win one of three $10,000 prizes and have their order on the menu. The entries, labeled with #ChipotleRoyalty, have a combined viewing of 60.1 million. Based on the TikTok advertising rate, a paid ad with those views would cost over 600k, so Chipotle’s prize package, along with the money they paid Dobrik (likely $100-300k, based on estimates), was well worth it. Plus, the best advertising comes from real customers expressing their love for the franchise.

Some companies have thrived because of TikTok without having to spend a penny. Some TikTok users dedicate their whole account to sharing products that they love, and when these videos go viral, it can lead to products selling out, price spikes or changes in trends.

One such product is SoftSheen-Carson Magic Fragrant Shaving Powder, which dozens of small TikTok users swore was the cheapest and most effective way to remove hair anywhere on their bodies. The brand’s website says it is designed for Black men’s face, beard and head.The product has been sold for years, but when a few TikTok users started promoting it as their secret hair-removal weapon, it became impossible to find during the videos’ peak popularity.

The phrase “TikTok made me buy it” is becoming more and more common-place, whether it’s used by influencers purchasing viral products or an average person explaining why they felt compelled to buy an inflatable cow from Walmart or twenty Squishmallow stuffed animals at Costco.

Often, the most influential TikTok advertisements are the ones that aren’t paid endorsements. When the video comes from a regular user, it feels more authentic. With the surge of sponsored content, users are more wary of suggestions that come from a paid source. Chipotle, Dunkin and others prove that paid advertising can work, but the root of all successful TikTok promotion comes from the video’s sense of authenticity and personal connection.