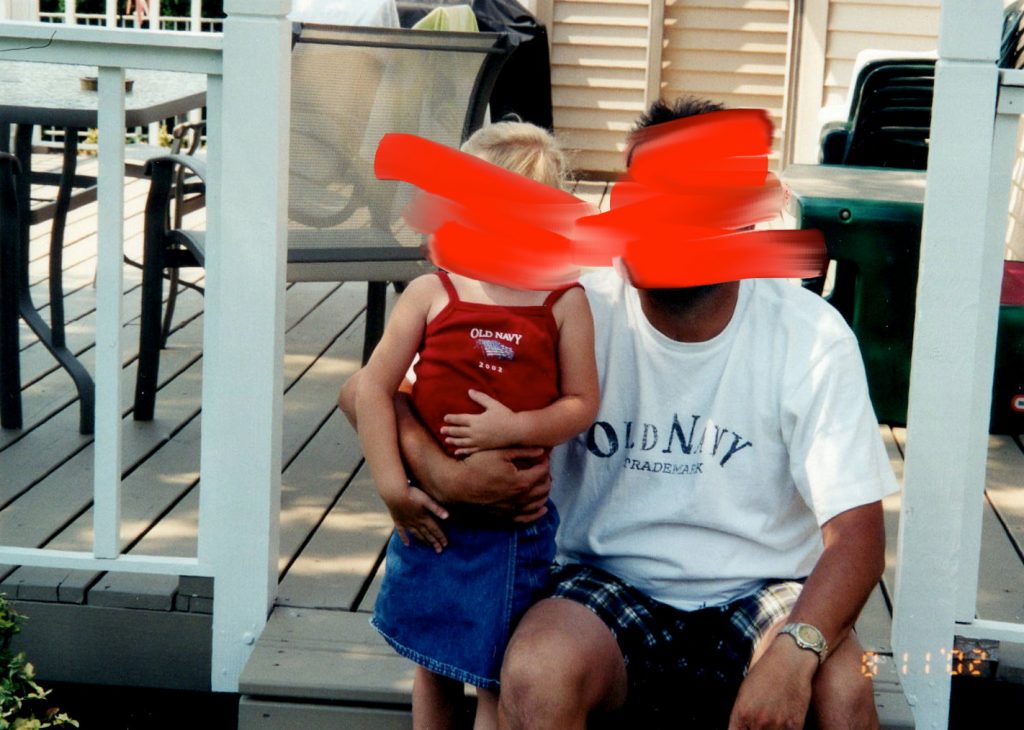 “What if all dads went to therapy?”

This question has generated a tidal wave of internet memes, of the utopian variety, all imagining a world where dads go to therapy. Humorous and oddly relatable tweets and memes make it evident that someone’s childhood trauma can influence their parenting styles, ultimately affecting their own children. For example, many dads are strict, unaffectionate or distant from their children because of experiences they had with their own fathers. This leaves many to wonder if attending therapy could change that.

While growing up, we believe our parents are invincible. Parents show us the difference between right and wrong and slowly their parental knowledge begins to become our own. Everything they do is a model to replicate. Contrarily, as a 21-year-old, my thoughts have switched to a more realistic perspective of my parents.

My dad’s birth was a surprise to my grandma and grandpa. It was 1966, they were unmarried and young; this made the pregnancy a taboo. A few years after my dad was born, my grandparents split. My grandpa then moved to a town a few miles away, married another woman and started another family.

Unfortunately, as my dad grew older, he didn’t have much of a connection with his father and participated in “big brother” programs designed for boys with similar backgrounds. During high school, a county newspaper arrived on his doorstep. The newspaper read “Father of the Year,” donning a photo of none other than his own father—the one he never got to have. I never met my grandpa, but still grew up in a home with loving parents I believed to be perfect. The scars from my dad’s childhood, however, manifested in different aspects of my upbringing.

During my childhood, my dad was not accustomed to affection and had trouble showing it. The words “I love you” were rarely said but more frequently shown with small actions. He took on a role that was the epitome of tough. I never have seen my dad cry or show grief. Even his mother’s death in 2009 seemed not to phase him.

While growing up, I looked up to my dad immensely and tried to exhibit traits he possessed. For instance, I felt a need to be just as rigid as him. My frustration always manifested as anger and no matter how badly I wanted to, I never cried. I resented female stereotypes and made sure I was the first to be picked for teams every time my classmates played games like kickball. Today, I still sometimes struggle with affection and expressing my feelings because as a child, I grew to acknowledge vulnerability as a bad thing.

My story, among many others, seems to demonstrate that parents can, intentionally or unintentionally, pass their own childhood trauma to their children. While this ripple effect can extend generations, it is completely possible for it to begin with your immediate family.

Maddie Leaver, a sophomore at Michigan State University, shared her experience. Since beginning college, Leaver has reflected on her own personality traits and gained a new perspective on what life experiences molded them. Like countless others, she grew up in a home where her parents were unhappy with their relationship. Their constant arguments conditioned Leaver to hate and actively avoid any form of conflict. “With all the regular bickering, I was walking on eggshells in my own home,” she said.

Consequently, Leaver often finds herself unable to say “no” when asked for favors and constantly finds herself doing whatever she can to please people. Her parents later divorced, but Leaver’s need to avoid conflict remains a consequence of her parents’ relationship.

Communication is one of the best ways to acknowledge one’s issues. Therapy is a process that helps people navigate their emotions and facilitate better behaviors through communication. According to Forbes, the reality is that therapy really works. Scientific studies consistently demonstrate that behavioral and emotional intervention work as well, if not better than, prescriptions when it comes to anxiety, depression and mental health issues. Therapists help set goals and track progress so patients are able to build an emotional resilience on their own.

It’s no secret that mental health has historically been a taboo topic. Sadly, therapy also carries the negative stigma of being reserved for serious mental illnesses or a hobby of the rich. Personally, I’ve seen TV shows and movies portray therapists as people who sit and listen to problems but do nothing to actually help solve them. These portrayals lack authenticity. In reality, therapy is a great path for those suffering from a mental illness or those who are simply dealing with challenges in their lives.

“Mental health problems are under-identified by health-care professionals and older people themselves, and the stigma surrounding these conditions makes people reluctant to seek help,” an article reads from The World Health Organization. Yes, that’s right—older generations are not excluded from mental health issues; they just simply are unwilling to accept guidance.

Millennials have been instrumental in destroying this stigma of mental health by advocating through social movements. In particular, the practice of sharing experiences online has helped many struggling with mental health feel as though they are not alone, sometimes even helping them identify issues once unknown to themselves. Mental health services offered by universities are being utilized more than ever before. According to ABC News, the demand for these services is surging and universities are struggling to keep up.

I believe that if my dad had taken the opportunity to attend therapy, his interactions with me as a father would have been more affectionate. Ultimately, I feel it would alter who I am today. The normalization of therapy could prove beneficial in ending the negative ripple effects that plague future generations. With the world progressing and erasing outdated and misinformed stigmas, we can be hopeful for the future.

Kate Snider is a senior majoring in advertising with a concentration in copywriting. Outside of class, Kate works at the Creative Center, a new organization started within Comm Arts to assist other creatives with their portfolios. She is continuously inspired by encounters with new people and places. Post-graduation, Kate plans on looking for work in Portland, Oregon to expand her hobbies of hiking and photography.