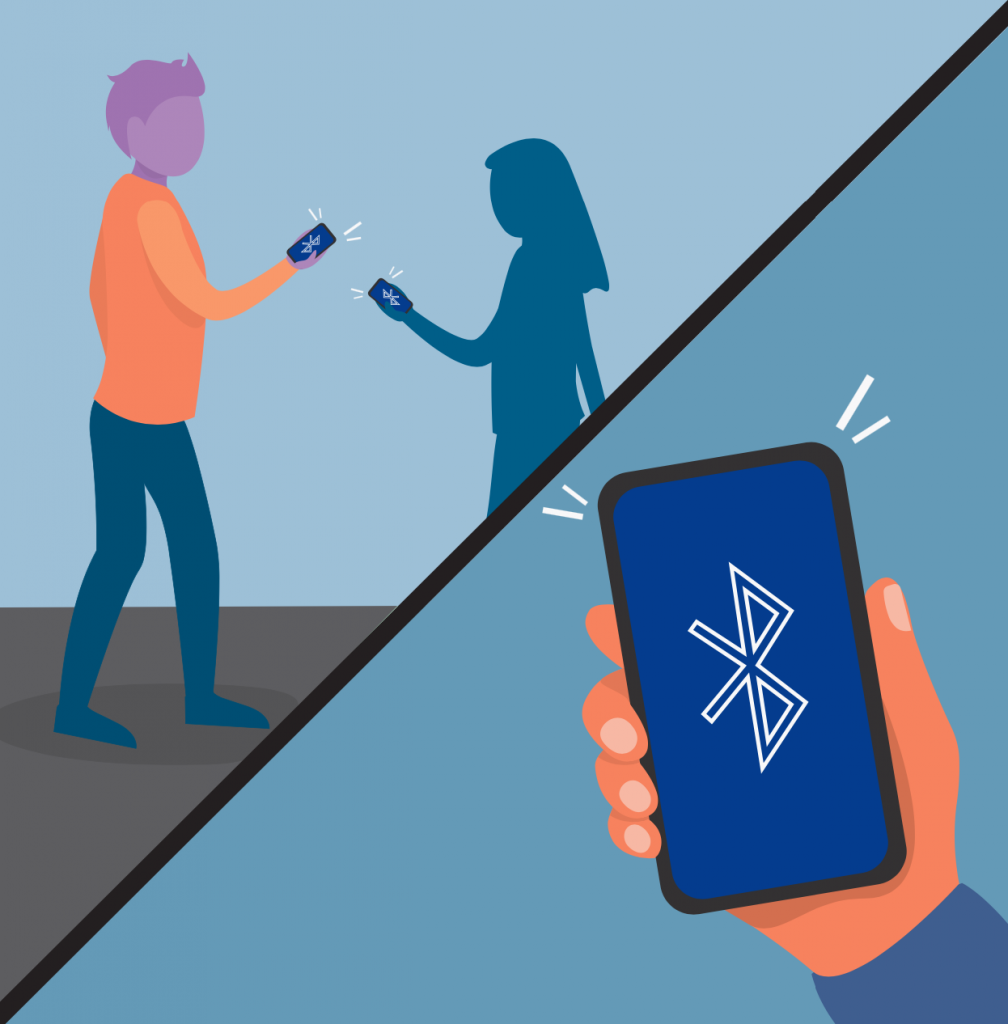 The iPhone updates grow and expand on iOS developments. However, is there such a thing as too many updates? Apple released its new iOS 13.7 update which allows users to opt-in to COVID-19 contact tracing. In April, the app was supposed to be released in the near future,  but now the near future is here. Along with this new iOS update, an app for contact tracing is available for download on Android. These updates became a reality because of the partnership between Apple and Google with the Center of Disease Control and Prevention.

This update aims to limit the spread of COVID-19. The app allows the user to choose if they would like to opt in, and individuals have total control over their decision to be part of this new feature.

But how does the program work? When a user opts in, the app opens and asks the user questions. Depending on how the questions are answered, the app will either suggest the user get tested, or it will say testing is not recommended at this time. Its other features, however, become more concerning. Not only does it allow for a daily screening of symptoms, but it also has the ability to track other users that the user may have walked by or been around through Bluetooth. The app then notifies users if they have been exposed to someone who tested positive for the virus. This is possible because users are supposed to update their status on the tracing app to “Positive” if they contract the virus. Then, the Bluetooth technology can send warnings to other devices that have come within a six-foot radius of them.

However, the new update creates major security and privacy concerns. On Apple’s “Newsroom,” they are describing this technology as strictly a Bluetooth development, which does not use your location. But is this the reality?

Apple states that “the COVID-19 app and website were built to keep all user data private and secure … and users’ individual responses will not be sent to Apple or any government organization.” However, looking at the history of Google and their web and software developers, there is a side to this equation that is not being brought to the public’s eye.

Apple described this Bluetooth technology as a “beacon.” A beacon, according to “Beaconstac,” is “Bluetooth Low Energy” beacon technology. This technology is a form of wireless communication that is designed for short-range data transfer, like a WiFi router. A wireless connection is used to connect devices to the internet, collect data and communicate with other devices. The same concept applies to this app. It is a one-way communication that transfers data to other beacons. The contact tracing app works due to the beacon technology, which is also explained on Apple’s “Newsroom” under the development section of the app.

The partnership between the two major technology brands Apple and Google is worrisome due to their power. Although Apple said there will be no shared data, that is not the case. In the YouTube video “All about Beacons: Coffee with A Googler meets Peter Lewis,” Lewis, a developer at Google, explains that beacon technology is “location technology” and how “almost every app you download cares about where the user is.” The beacon is seen as next level detection. He explains that it gives “a more precise detection” of data, but it’s more than that. In order for beacon technology to work for communication between devices, there needs to be a host—a place where all the data is stored.

So, when looking at this partnership between Apple, Google and the CDC, there is a misleading dialogue about user security and privacy. Even though Apple claims there is no sharing of data, according to the definition of beacon technology, that is far from the truth. As Google hosts the data shared amongst users who opt-in to tracing, they have access to pinpoint locations. If they were going to make a technology that was secure and had privacy at the forefront of its development, then why use a base technology that is described as a direct “pinpoint location” by one of Google’s developers?

The partnership between these companies seems to be misleading the public about underlying data collection. Beacon technology can be found in almost every app, not only on the App Store but also on the Google Play Market. The access to multiple grounds of media across different devices and brands will continue to grow in the future. There is nothing users can do right now in this moment to stop these sorts of new technological developments that add to data points collected into Google’s database. Almost every person who has used a smart device can be tracked to previous data points and locations.

Moving forward, there should be more public concern over the lack of privacy rights for consumers of technology. From each engagement, scroll, search and movement, Google has created a profile for each individual. They use this data to highlight areas of interest that can be used to shape the psychology of humans, but there is no cyber law stating that this storage of data is wrong.

Jaclyn Krizanic is a senior studying professional writing and minoring in graphic design. Jaclyn plans to apply her knowledge and skill sets she has gained from her major into her current, future and professional work. Jaclyn loves to write poetry and aspires to publish a book of poems and short stories upon her graduation.