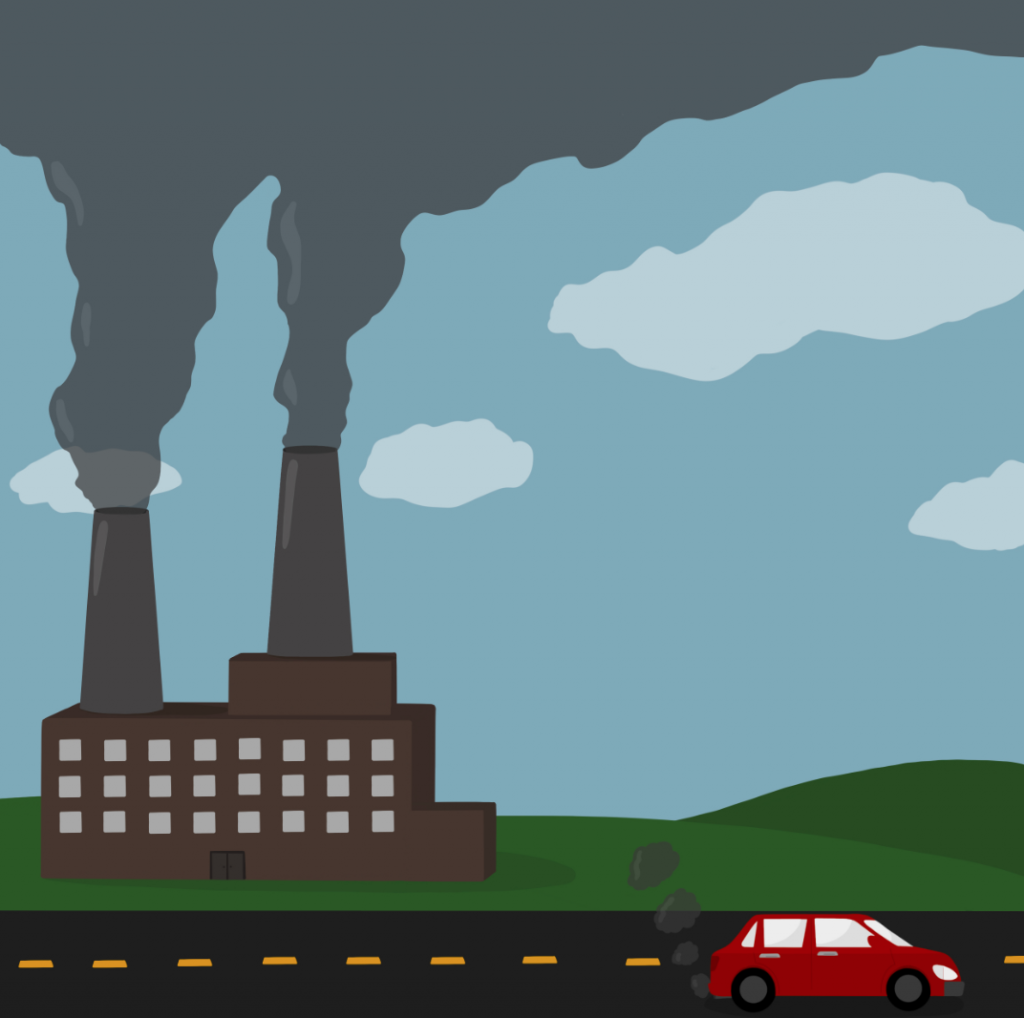 “You guys are going to be the ones to save the world.”

This is a line us Gen Zers are all too familiar with. Older generations try to bestow it onto us as if it’s a gift, but there’s only so much a shiny bow can do to spruce up a turd. So rather than inspire, such proclamations can bring about a rise in blood pressure.

Young people tend to feel like the weight of a dying world is theirs alone to bear. This is no accident. We talk to those with more power than us — you know, the ones who fail to realize their own responsibility in escalating the problems we’re tasked with solving — and are told not to make such a big deal. You just have to do your part! Whether it be ignorance or misplaced loyalty, such arguments fail to recognize that it doesn’t matter how many times one twenty-something skips out on a plastic straw or walks to work when 71% of industrial emissions contributing to climate change come from just 100 companies.

Shell Oil Company, one of the offending 100 companies, crapped the bed on Twitter in November by posing the question, “What are you willing to change to help reduce emissions?” and asking followers to select between “offset emissions, stop flying, buy electric vehicles, renewable electricity.” Being asked to give up flying by a company that boasts of refueling an aircraft with Shell fuel every 14 seconds is almost as rich as Shell CEO Ben van Beurden, who takes home a cool $9.9 million annually for his contributions to climate change.

The oldest of Gen Z are fresh out of college, while the youngest are still in grade school, and yet the consensus of senior generations seems to be that their damage is already done (or doesn’t matter), so might as well leave it to the kids. We’re told to do what we can and sacrifice the small, frivolous expenses that bring joy in a grim world, things like iced coffee and a night out to eat, spend (way) extra on sustainable products, support small businesses and donate to various causes and GoFundMes. And many of us do.

But we see the wheels continue to turn, unchanged by “our part” time and time again, only to log on to Twitter to be preached to about personal emissions by an oil company. Not to mention, the entire farce of reducing your “carbon footprint” was created as a PR stunt by British Petroleum, one of the top contributors to climate change, as a way to shift the narrative of responsibility onto individuals. Clearly, it went over like gangbusters. If irony is the spice of life, Gen Z will never want for flavor.

Fear of sexual assault and relationship violence is another beast breathing relentlessly down the necks of our generation. We watched as Brock Turner got off easy and Christine Blasey Ford’s testimony of sexual assault was deemed mere allegations by a predominantly male Senate, a Senate who comfirmed the nomination of her “alleged” rapist to the highest court in the land.

We are told to dress appropriately and carry our keys between our fingers in parking garages. When that doesn’t work, we’re told to report to the police. And boy does that not work. According to the Michigan State Police’s 2019 report, there was a dismal 24% clearance rate for “Criminal Sexual Misconduct – 1st Degree, Sexual Penetration – Penis/Vagina,” meaning the cases resulted in an arrest or an exceptional clearance. The report does not provide a number for sexual violence in the state at large, only by various act-specific categories. This feels like an intentional exclusion for such a comprehensive report not to include numbers for sexual assault as a whole, leaving one to do the math if they wish to know the true state of sexual assault in their state.

Speaking of institutions with a major accountability problem, Michigan State University requires students to participate in Relationship Violence and Sexual Misconduct training of some kind each year. On the pre and post course survey for one such training, the following questions appear for students to answer on a scale of “strongly agree” to “strongly disagree:”

It’s vital to first note that these questions appear on the same page where it asks about gender, race, and sexual identity. Sexual assault is not created equal, and to ask these questions of the groups most statistically likely to be perpetrators as well as those more likely to be victims, is crass and irresponsible.

What is unbelievably worse, is the university daring to suggest there is truly “much” any one student can do on this campus to combat sexual assault. MSU and institutions like it want us to think these systemic issues are our problems to fix, so we don’t riot when they don’t. Of course, the university cannot hold sole responsibility for the actions of all their students, but they should be held responsible for making our community safer, perhaps beginning by no longer inviting perpetrators in with open arms and football scholarships.

Still unbearably fresh in all our minds is the damage done by a former MSU coach and doctor with the helping hand of ex-University President Lou Anna Simon and an institution that repeatedly ignored reports and silenced survivors. That, unfortunately, is only the beginning for a university also flooded with sexual misconduct from its hailed student athletes. How much can I truly do about sexual misconduct on campus when I’m busy white-knuckling my pepper spray everytime I go for a walk in the city of East Lansing? But yeah, it’s on us, right?

Each of the RVSM questions are written in such a way that any somewhat-logical being could look at them and surmise the answer the university is looking for. This is particularly true of the question: “There is not much need for me to think about sexual misconduct on campus.” Why, of course anyone with a heart would strongly disagree! But should we?

So many of us are already plagued with these thoughts of what if and what would I do? as we go about our day and find ourselves walking with someone just a few paces back. What about those who can’t get those thoughts out of their heads because they’re one of over a quarter of undergraduate women MSU failed to keep safe?

Whether it be a world quite literally on fire or flagrant abuse by a university-protected employee for decades, Gen Z is all but drowning in the consequences of mistakes made by those who came before us. Here’s hoping we’re up to the challenge.

Shelby Smith is a senior double majoring in English and professional and public writing with a concentration in creative writing. Outside her time spent on The Current and with the MSU Writing Center, Shelby likes to listen to audiobooks and hand embroider.