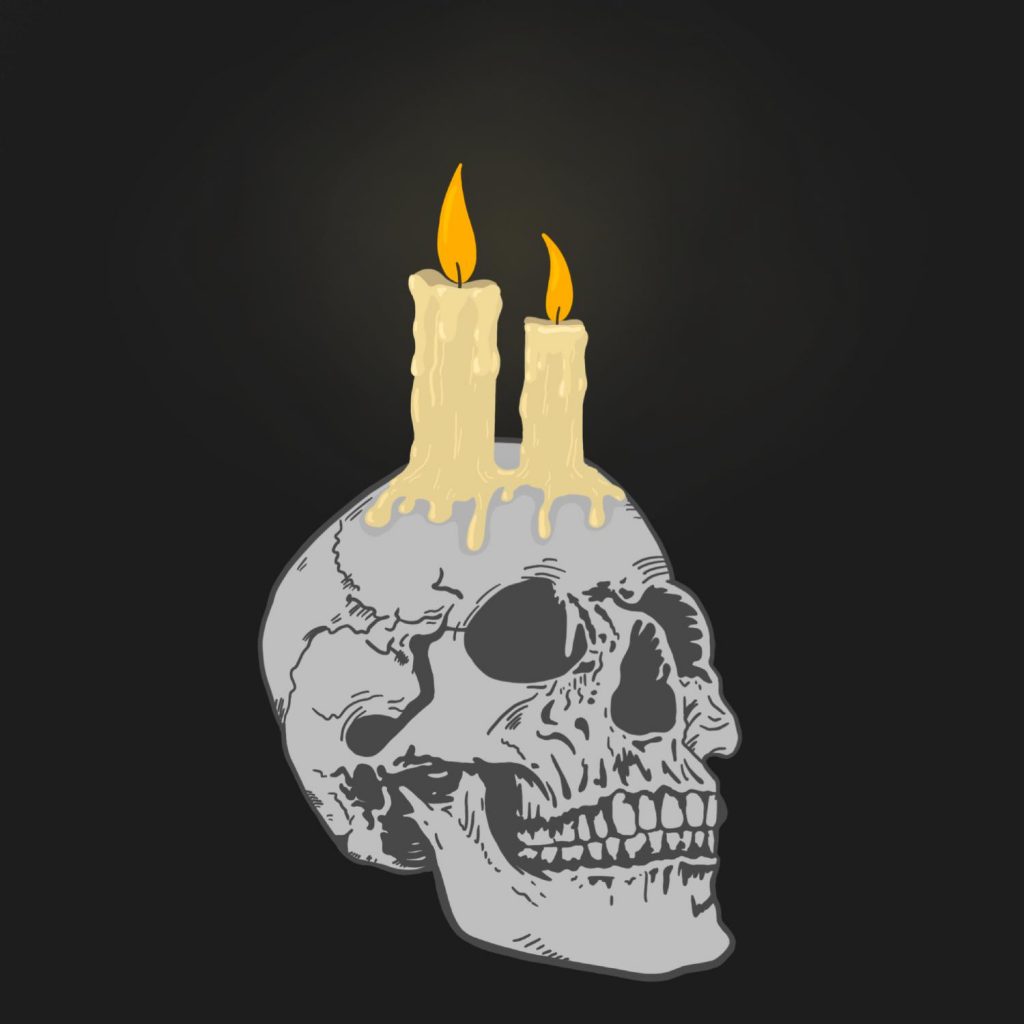 It’s 11 p.m. on a Tuesday in January of 2021, and I’m hunched over my laptop in complete darkness playing yet another round of Phasmophobia, a horror game released for PC in September 2020. My heart is thumping with terror just hearing the creak of the old farmhouse I’m investigating. Then I hear the unmistakable sound of a ghost walking through me: a thumping heartbeat and a whoosh of ghostly breath. I just narrowly avoided dying at the hands of an angry banshee.

The premise of the game is simple: players use ghost-hunting equipment to scout a map for signs of the paranormal, identify what type of ghost is haunting the location, and try not to die when the ghost starts hunting. Despite intentionally poor graphics and some sensational glitches, the game received a 10/10 rating on Steam with over 180,000 lifetime reviews and plenty of internet hype thanks to Twitch streamers like Insym, a high-level player who continues to create video challenges and review the game’s frequent patch updates in 2021.

Phasmophobia is just one of the contributions to the horror genre that was released to rave reviews despite the COVID-19 pandemic. As lockdown continued into summer 2020, horror content was released on streaming platforms and at drive-in movie theaters, prolonging the summer movie season in a way never before seen.

“[They’re] getaways for a time when no one’s really getting away anytime soon,” said Jesse Hassenger, reporting for SyFy. And that’s just it: unable to get away from the current world, audiences are turning to the media to provide the escape they crave.

Ironically, audiences turned to films like “Contagion,” a pandemic thriller/horror from 2011 that climbed streaming charts in March 2020 and became the second most popular film in the Warner Bros. catalog at the time, according to The Washington Post. In addition to pandemic thrillers, older zombie films such as World War Z and 28 Days Later also made a return to the spotlight.

Even though it seems in poor taste, the tried-and-true contagion and zombie plague storylines that audiences turned to during the pandemic are likely to stick around post-pandemic “because that plays into the fear of science turning against us and making us something bad,” said Dr. Kinitra Brooks in TIME Magazine. Brooks is a literary studies professor at Michigan State University who specializes in horror.

“Horror films are meant to explore the anxieties of the ideal viewer. Everyone else is tangential,” said Brooks. Since media consumption was at an all-time high due to lockdown, everyone became the ideal viewer and media began to resemble the outside world more than ever.

In addition to streaming older horror films that returned to timeliness in 2020, new horror content reflected the current state of affairs. Most notably, Rob Savage’s “Host” debuted on Shudder in summer 2020, shot in COVID-compliancy with actors doing their own filming, lighting and stunts in their homes. The film succeeded because “[it] is a lockdown thriller, very much about the specifics of being isolated, of being virtually together, but actually in a state of exposed isolation” Savage said to Slashfilm in August 2020.

The film currently holds a 100% on Rotten Tomatoes based on 77 reviews. The popularity of Savage’s film begs the question: why are we watching horror movies that resemble the outside world when the outside world is scary enough? The answer is in the human brain, where researchers have discovered a link between pandemic resiliency and horror consumption.

In the study, 322 American participants were tested on their consumption of horror media and where they fell on a morbid curiosity scale. According to Scrivner, “morbid curiosity is an internal motivation to learn about threatening situations in your environment, such that you might be able to avoid those situations in the future.” In plain terms, it is curiosity about violence, harm or death that your brain wants to evaluate in preparation for a future scenario. It is also the psychological factor that contributes to the “train-wreck” phenomenon where audiences can’t look away from a tragedy despite knowing that it will be gruesome.

Scrivner’s research shows that some people are more morbidly curious than others, and that those with high rates of curiosity are more emotionally prepared to wait out the COVID-19 pandemic due to the backlog of emotional response to frightening situations. Morbid curiosity is a deciding factor in what media is consumed by individuals during times of external chaos. For example, consumers who have a low morbid curiosity are more likely to watch cartoons or humorous media in order to comfort themselves because horror is the last thing they want to be consuming when the outer world is dissolving into chaos.

But for consumers with a higher morbid curiosity, watching horror films is a coping mechanism because it gives the individual some control over their environment. Not only can they pause when the emotional landscape gets too difficult, but horror tropes become familiar and comforting as their brain stores response information. Although it may seem initially unconventional to turn to horror for comfort, getting scared by fictional media supersedes feelings of anxiety about the current world.

C. Rose Widmann (they/them) is a 5th-year senior pursuing B.A.s in English and theatre with multiple minors. This is their first semester with The Current, but they have been a contributor for HerCampusMSU since May 2020. C was most recently published in Otherwise Engaged: A Literature and Arts Journal. When not writing fanfiction or fantasy novels, C is competing for both the MSU club fencing and gymnastics teams. Insta: @C.rosewidmann