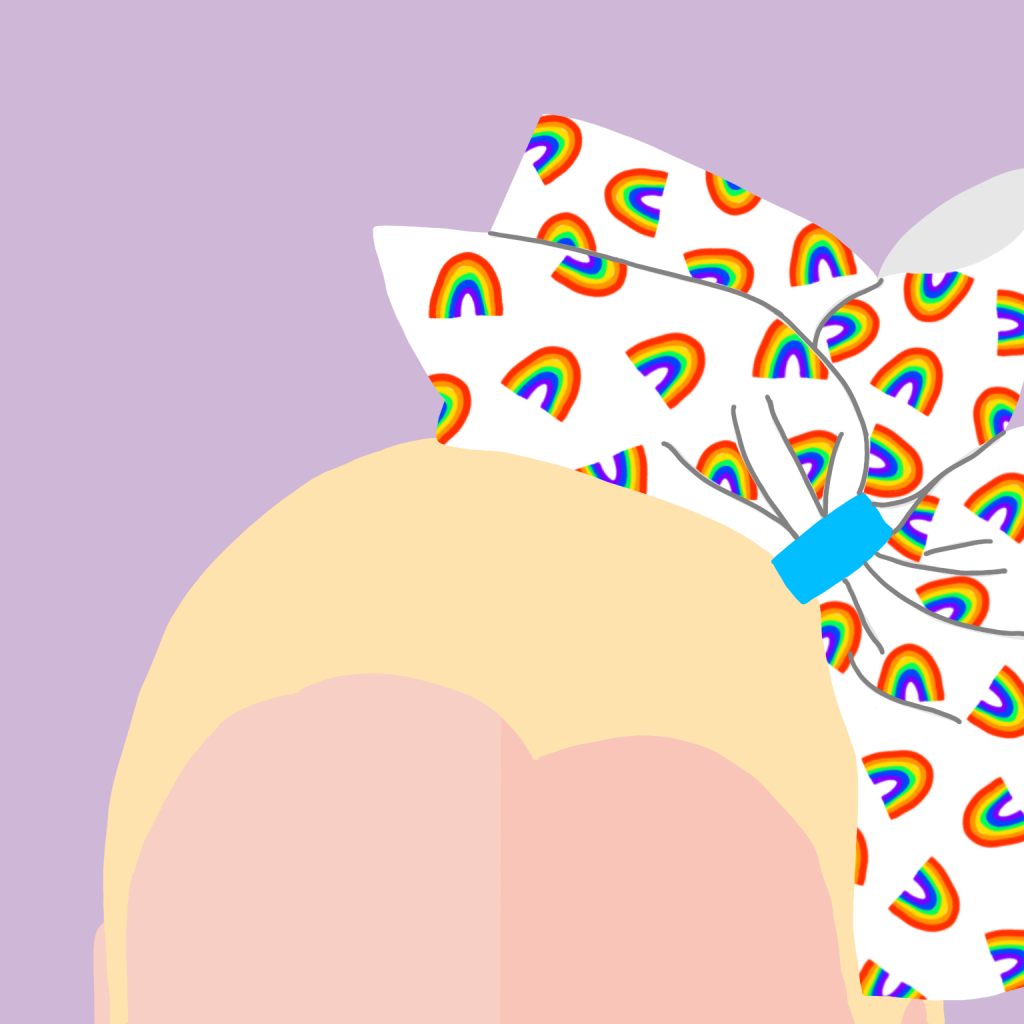 JoJo Siwa has been in the spotlight ever since participating on “Abby’s Ultimate Dance Competition” in 2013. After the show, she earned her spot on “Dance Moms,” the smash hit Lifetime reality show following a team of competitive dancers and their high-drama mothers. Now 17, Siwa’s found herself in the headlines again, and this time, it’s for her viral coming out on TikTok.

Siwa joined a few cast members from Disney’s “Teen Beach Movie” who are openly LGBTQ+ in a video with the audio “Now You’re One of Us” and the tag #PrideHouseLA. Soon after, Siwa posted a video on her own page wearing a rainbow bow and singing to Lady Gaga’s “Born This Way.” Then, the star went live on TikTok to confirm the hundreds of thousands of comments enthusiastically asking if this was her coming out as LGBTQ+.

A little background on JoJo: she’s gotten her fair share of hate and praise her whole life. In her TV debut, mothers and fellow contestants were very open about their negative feelings toward her, calling the “JoJo circus” and “the Honey Boo-Boo of dance” and cheering when the judges told her that less is sometimes more.

After leaving “Dance Moms,” Siwa became connected with the Nickelodeon brand, guest-starring on shows, performing history-making concerts as the youngest headliner to sell out multiple stadiums and releasing products at Claire’s. Since then, her brand has grown to be worth a billion dollars, according to Siwa in a video with James Charles.

Until the rise of TikTok during the early stages of the COVID lockdown, Siwa was the laughing stock of teenagers. Her YouTube videos were laughed at and she became the target of thousands of memes making fun of her receding hairline, her outfits or her personality.

After joining TikTok, however, Siwa said people were able to see her not as someone putting on an act but as a normal person, and now the star gets lovely comments from all ages on her videos. Her fan-base, which previously consisted of elementary-aged kids, has grown to encompass Gen Z as well. But why is it such a big deal that she came out? There’s two main reasons.

First, Siwa has been praised for years by parents as being a positive influence. She dresses appropriately, doesn’t try to grow up too fast, and seems to enjoy what she’s doing for what it is and not for the paycheck. Those young fans aren’t going to stop loving JoJo because of her sexuality, even if their parents want them to. And that means that parents and kids both have the chance to realize that homosexuality doesn’t make someone a bad person — people can be incredible role models and not fit the “straight” mold.

Many kids struggle to understand their own sexuality because it is so rarely represented in media targeted for kids. Even though there have been great strides in LGBTQ+ representation in the media, that movement often focuses on grown-up media or grown-up relationships. Now kids who are confused about their own identity or have loved ones in the LGBTQ+ company have representation in a way that’s never existed.

Siwa’s coming out is also monumental because the response was incredibly positive. Yes, she got hate (a lot of it coming from disappointed parents), but overall, Siwa’s comments are flooded with congratulations and comments of support, coming from her Gen Z followers on TikTok.

In a video she posted a few days after coming out, she said, “I have gotten the most endless amount of support and love. I think humans are really incredible people. … I think coming out has this stigma around it that’s it this really, really, really scary thing. It’s not anymore — there’s so many accepting and loving people out there.”

Equally huge is the support of Siwa’s network, Nickelodeon, who posted a picture of Siwa with the caption, “Never been more proud ♥️🧡💛💚💙💜.” Especially in brands that target children, sexual representation is often overlooked and sometimes frowned upon. This is a step in the right direction toward better representation and acceptance..

Coming out might not always be an easy thing to do, but Siwa has shown time and time again the importance of keeping one’s head held high. She’s helped to show that Gen Z is a lot different than other generations, and even when the world looks like it’s at its worst, there’s still positive growth.