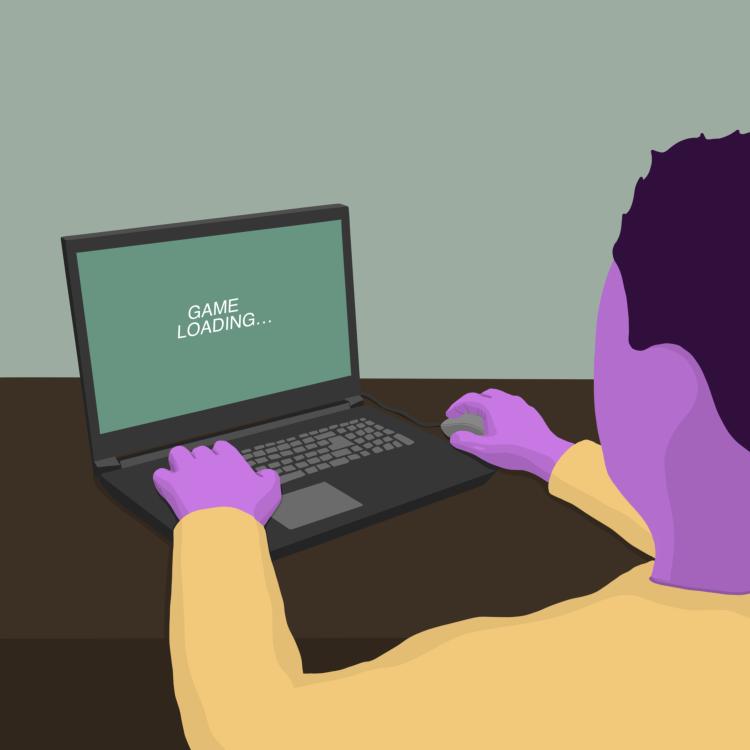 OMORI is a psychological horror role-playing game released on Dec. 25, 2020. OMOCAT, the developer of the game, launched a kickstarter back in 2014 and spent the past six years developing the game. The graphic style is unique in that it’s mostly based on OMOCAT’s vibrant and unconventional art style. Aside from the main mission of finding a missing friend, OMORI is full of little secrets and rewards for exploring every part of its world. The game deals with a lot of heavy themes that include suicide, depression and a whole lot more that goes into spoiler territory. The game also focuses on loss, growing up and fear of change.

OMORI’s story begins when the main character wakes up in White Space. As he speaks to a nearby cat, a knife falls somewhere in the room. After picking up said knife, a white door pops up, and as he enters through it, the main character comes across a vibrant room where he sees his three friends. Each friend plays an important role in the story’s plot and accompanies the main character throughout the game.

The majority of the game takes place in the dream world, wherein the group of friends are searching for their missing friend. The dream world mirrors parts of the real world and is full of fantasies. There aren’t any scary monsters or existential horrors in the colourful dream world, and almost all of the battles’ themes in this world are upbeat.

The gameplay revolves around exploration and turn-based battles. When a player encounters an enemy, a fight will initiate where each character chooses an action. The battles incorporate an emotional status effect on the characters and the enemies. Characters begin in a neutral state but can become sad, angry or happy, which can aid players in their fight.

There are also parts of the game played in the real world which take place specifically in a quiet, suburban neighborhood where all the kids live. Players enter the real world three days before Sunny is set to move out of his hometown. Depending on the player’s choices, Sunny can reunite with his friends to catch up with each other in the last four years they spent apart due to a tragic event. Or, Sunny can stay at home and finish the chores his mom assigned him to do instead.

One of these two options can lead to rather uneventful gameplay. It is in these exchanges that players can complete side quests such as  working part time as a pizza delivery boy,  becoming a grocery store fly-swatter or saving up enough money to buy a cookbook from the comic bookstore. Through these events, players learn about the details that contribute to Sunny’s retreat into seclusion in both worlds.

So far, it doesn’t sound like much of a horror game, right? Well, that’s how the developers of the game fool the players. A lot of the psychological horror content happens slowly over the course of the game, but it isn’t until nearly the end that the game takes a complete 180, leaving players in shock over the sudden twist.

Despite being a psychological horror game, OMORI contains a numerous amount of hidden humorous jokes and witty references. The inclusion of semi-absurd dialogues and comical interactions brings a light-hearted feel to the game. Players can collect bad jokes (and one not-so-bad joke) in a book, become a champion at rock, paper scissors or even have a duel against the neighbors on a Gameboy-like interface.

The game also includes some impressionable side characters. There’s Pluto, the ultra-buff planet who loves to flex as he screams his punchline, “When I flex, I feel my best!” Then, there’s the Kool-Aid mascot lookalike named Life Jam Guy. Next, there’s Captain Spaceboy who demands his whole space crew to call him SPACE BOYFRIEND and finally obnoxious pop star Sweetheart who attempts to marry herself.

OMORI is a 20-hour+ playthrough and, depending on the choices a player makes within the game, the ending varies. The game was initially available via Steam, but it is now available on other gaming platforms as well.

Mai Vang is a senior under the College of Arts and Letter majoring in professional and public writing. Her main focus is digital content creating and many of her creations are heavily inspired by Studio Ghibli. In her free time, she likes to experiment with video and photo editing in hopes to be more flexible with her skills.