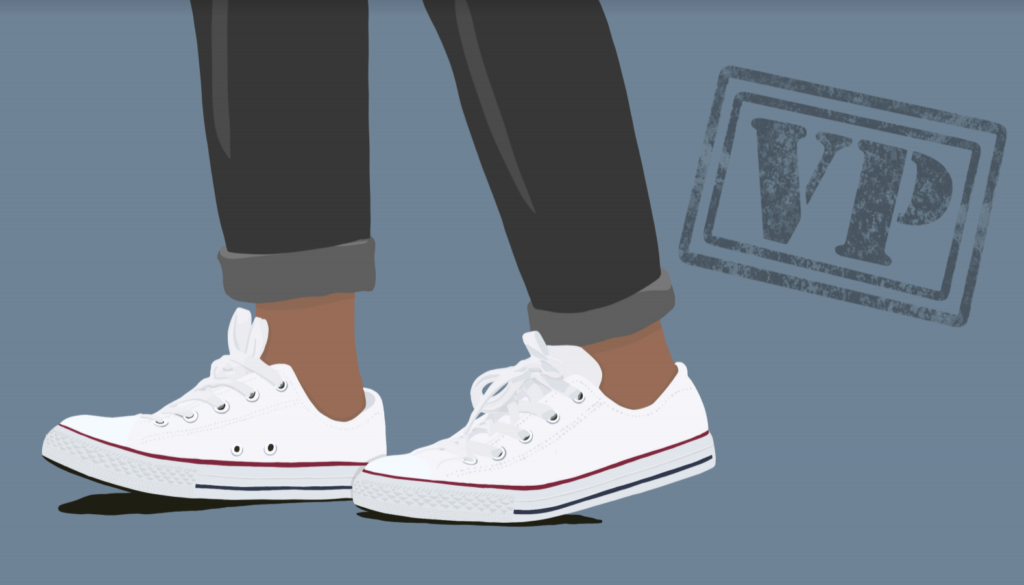 Affectionately referred to as the “Converse Candidate,” Harris actively challenged the status quo of female political fashion by donning Chuck Taylors on the campaign trail. At first glance, the choice to wear Chucks may not seem like that big of a deal, but according to Elle magazine, “Never before has a female politician so openly embraced casual shoes as mainstream—or done it so authentically.”

Apparently, Madame Vice President chose this particular shoe due to its practicality and style. Converse is an American brand that offers classic, bold designs at a relatively affordable rate.“I have a whole collection of Chuck Taylors: a black leather pair, a white pair, I have the kind that don’t lace, the kind that do lace, the kind I wear in the hot weather, the kind I wear in the cold weather, and the platform kind for when I’m wearing a pantsuit,” Harris told The Cut in 2018.

The affordability of Converse contrasts the high-priced, traditional styles many female politicians wear in the political landscape including designer pumps and heels. Due to this affordable fashion choice, many suppose Harris’s decision to wear them made the American public relate to her more. “Harris’s sneakers (intentionally or not) communicate that she’s the no-nonsense type who’s more focused on being practical, than progressive,” Melissa Goldberg from Oprah Magazine wrote.

Harris continued to convey this message as she graced the cover of Vogue this February. She chose to be photographed in a black pantsuit with—yes, you guessed it—low-top, black Converse. “(It’s) an image of a woman in control of her life who’s going to bring us…the leadership, that we so need. And to me, it’s just a very important, but positive, statement about women, and women in power,” Vogue editor in chief Anna Wintour told CNN last fall.

Luckily, the vast majority of Harris’s supporters are in favor of this statement, encouraging Harris to continue her civic conquest in Converse. The shoe brand has very much become a part of her personal brand, allowing her to gain popularity among younger generations and even granted her an invitation to go sneaker shopping with American media and entertainment company Complex.

“Everybody has their inner kind of Chuck look,” Harris told Joe La Puma as she shopped. “I also think it has to do with the fact we all want to go back to some basic stuff about who we are as a country…whatever your background is, whatever language your grandmother spoke—you know, we all at some point or another had our Chucks.”

However, one can’t help but wonder in this day and age, why are people so enamored with the fact that a woman in power would choose to stray away from beauty/fashion standards and opt for comfort and practicality? Would this so-called “monumental” fashion statement have gained as much attention if she were male? Unlike their male counterparts, why does society pay so much attention to what women are wearing, rather than what they are actually doing?

While answering these pressing questions would cause any writer to exceed a socially acceptable word limit, overall, Kamala Harris’s decision to wear Converse is a step on the right path to dismantling the status quo of professional feminine fashion in America.

Aleaha Reneé is a senior marketing major with a passion for magazine journalism. She currently authors a column entitled The Face Of, established with the primary focus of encouraging self-actualization within individuals. One day, Aleaha Reneé will ultimately become editor-in-chief of a magazine. When she is not writing or editing, you can find her surrounded by her dearest friends, painting, reading, binge watching “New Girl” for the billionth time or mentoring Spartan underclassmen. Follow her on Instagram or Twitter @aleaha_renee