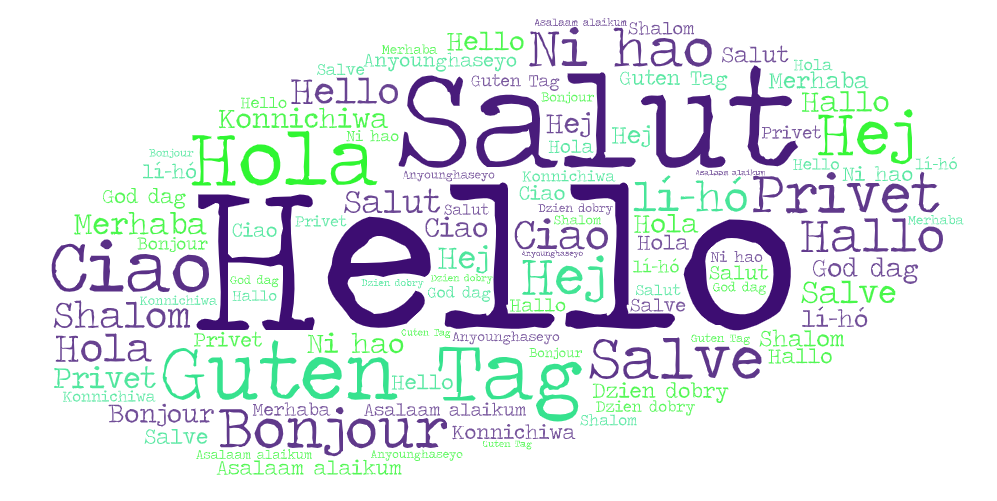 English is weird and definitely hard to learn. Almost everyone would agree that it is one of the most difficult languages to learn as a second language. Often, even native speakers do not know every piece of the language. For instance, if a native speaker sees a sentence that is wrong, they can tell it is but rarely can describe how or why. They just know.

All languages have different ways of being taught. When learning a second language, people are usually taught in a “textbook” way, meaning they don’t usually learn slang or the different dialects native speakers could use in an academic setting—unless they have a pretty cool teacher. This is because dialect and slang are forever changing and sometimes can be pretty rude, depending on who they are talking to.

Similarly, foreign students learn the “textbook” way of English. Foreign language speakers who want to teach their language to English speakers learn everything from the different English sentence structures to harder grammar and very obscure or odd English rules. This is so they can properly explain and teach how the same concept works in their own language. Therefore, as they explain how the rules of the language relate to those of English, there is a good chance that the English-speaking student is actually learning more about the aspects of English, too.

Many stories and blogs claim this to be true, including a personal story from a writer at the Lux Writing Center that discuss the benefits of learning a second language. Each story has the common theme of a second language assisting with their English.

In a story by BBC, Cassandra Scott, a freelance translator for two foreign languages, said, “Learning two foreign languages also did wonders for my English. It gave me a new perspective on my own language and also gave me extra practice in identifying parts of speech, and later on, analysing literature.”

Personally, learning a foreign language has taught me a lot about English. I am currently learning Japanese, and recently we learned the difference between transitive and intransitive verbs and how those work in the Japanese language. These terms are often unfamiliar to English speakers since transitive and intransitive verbs are things we learn naturally. However, my teacher had to make sure we knew the difference between the verbs in English before we could apply it to Japanese, allowing me to better understand English.

Other students learning languages like French and Spanish had a similar experience about sentence patterns and formations. For example, in French, adjectives are placed after nouns: in English you would say “a black cat,” but in French you would say “un chat noir” (a cat black). After learning a foreign language, the students gained an appreciation for the English language and how it does not assign genders to objects and its use of a “proper” numbering system.

Knowing the benefits of learning a second language can add motivation to learn a new language. So, if someone wants to try their hand at it and hasn’t already started, what language should they choose? Honestly, it’s up to them. One language isn’t universally more important or beneficial than any other. Some languages can be more challenging, but it really depends on the individual.

I was learning Spanish a few years ago, but I wasn’t enjoying it and found it really difficult. However, I am really passionate about Japanese and find it so much more fun. For me, it’s a lot easier to learn, which is rather ironic since Japanese is said to be more difficult to learn than Spanish.

It’s best to choose a language you have a passion for. Maybe choose a language based on practicality if you dream of traveling to a certain country, or even get in touch with your ancestral language. The main goal is to enjoy your lessons and the deeper understanding of English that comes with them.