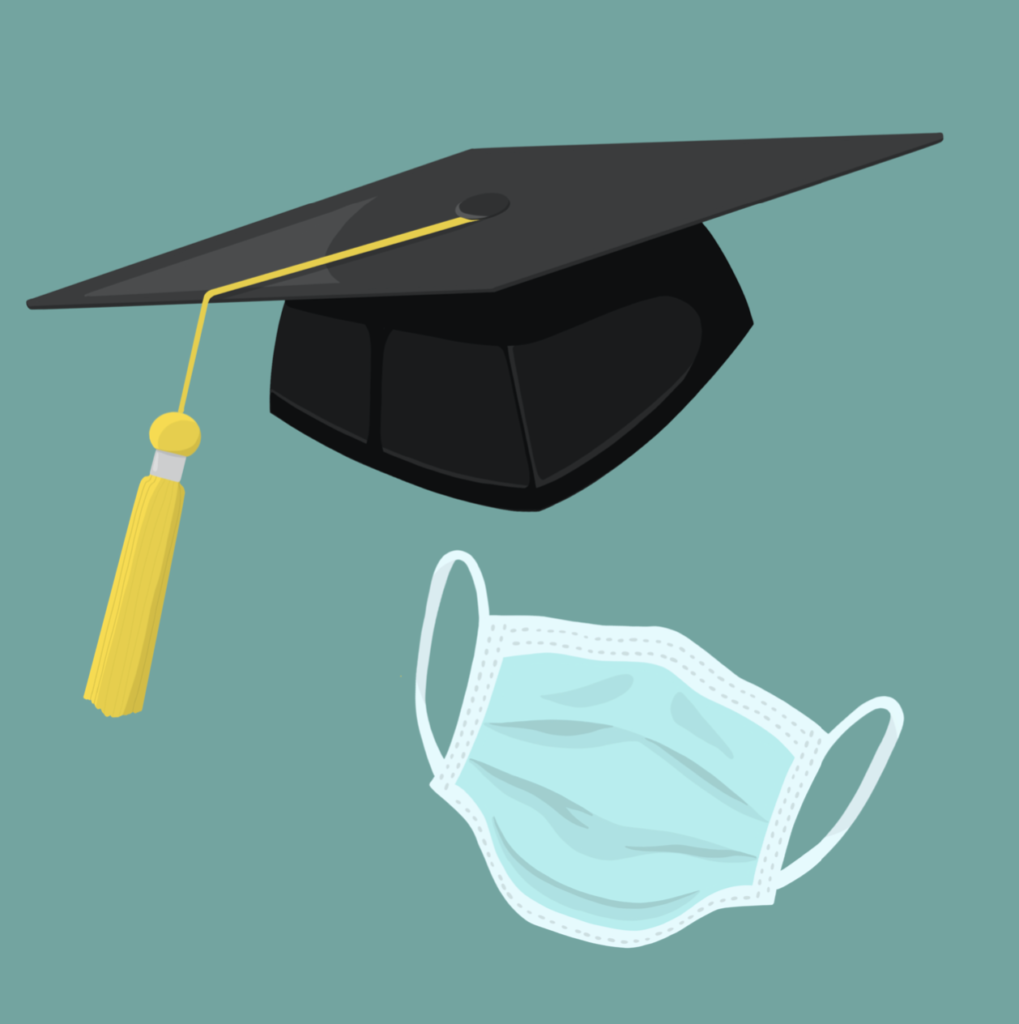 Graduating from college is a time typically marked by transitions, uncertainty and new opportunities. For the class of 2020, though, the transition from university to the working world was derailed by a global pandemic and a struggling economy. Despite the unprecedented challenges of the last year, the graduates of 2020 have worked to pivot their expectations, embrace new opportunities and make the best of a seemingly terrible situation.

When Sophie Schmidt graduated, she planned to attend the New York University Summer Publishing Institute, visit a friend in London and then take a trip to China. With the COVID shutdowns, NYU moved its program online and removed most of its networking events. Not wanting to pay full tuition for only a partial experience, Schmidt deferred her admission to the program. She also had to cancel her trips.

Having her plans fall through was disappointing, but Schmidt immediately began applying for publishing jobs and internships and reaching out to professionals on social media. Despite her many applications, and even a few interviews, Schmidt was not hired. She described the experience as “devastating. Always devastating. Nobody ever tells you how horrible it is, or how horrible you feel when you get a rejection for a job.” Schmidt finally got a job working at a bookstore in November after months of applications and interviews at different publishing houses.

Even with the pain of rejection letters and drastically changing plans, Schmidt is far from giving up. She said, “I have always been very driven and, for better or worse, I am committed to the things that I have goals for. And that’s not to say I haven’t had moments where I’m like, maybe I should just try something else. But, honestly, I’ve just started.”

Schmidt  has leaned on her community of friends and family during this time and wants to remind others in similar situations that they’re not alone. “There are lots of people, literally hundreds of thousands of people, who are in the same position. Not that it makes it any easier. But, there will be a lot of people who are able to commiserate with you and a lot of people who can look at you and say, you know, me too, dude.”

When Abby Scott graduated in 2020, she thought, “How am I going to get a job in the middle of a pandemic?” However, nearly a year after graduating, Scott is working as a first grade teacher in Detroit through Teach for America. She initially applied to the program as a back-up plan before the pandemic, hoping to land a communications job instead. However, as the job market took a turn for the worse, Teach for America was the only place to offer her a position.

Despite the unexpected nature of her position, Scott said, “Teaching is probably where I am going to stay, even though it feels like I tumbled into this career path.” She loves working with her students and has been able to reconnect with her high school ambition of being a teacher. For Scott, graduating into a pandemic meant that she did not get closure on her college experience in the form of a graduation ceremony, but it also pushed her to pursue an unexpected career path that has been engaging and fulfilling. Scott’s advice to other graduates is to “be open to many different options.”

Aaron Applebey graduated from MSU in May and moved to New York City in August. Reflecting on the experience, they said, “It was difficult losing out on graduation and losing out on the final shows of the improv team I was a part of. But ultimately, I was able to pivot and find new things.” Through this exploration, Applebey has found themself living with a friend in New York, working an assortment of odd jobs, taking a playwriting class, making Tik Toks and writing more than they ever have.

Applebey sees these different experiences as working together, saying, “Especially right now, when I’m in this transitory phase, it’s nice to have jobs that are still like work, like, I guess, advancing the things I’m already interested in.” Applebey has taken this strange COVID year, and worked to pivot their experiences to be exciting and fulfilling. For future graduates, and others dealing with this same uncertainty, Applebey gave the advice, “I would say take a breath. And look for opportunities that you wouldn’t normally look for.”

When Elizabeth Carter graduated, she had planned to work at an internship in Chicago. Due to COVID, the internship was cancelled, and she was thrown into her job search without being able to build the network she had intended. She tried applying to public relations, communications and social media jobs but did not get a response from any job in her desired field.

As frustrating as her job search has been, Carter has also focused on raising her son with her partner. She discussed how in the last year she “took up cooking and gardening and working out. And, you know, we try to kind of be outside and do as much as we can and have a normal life for our kid, but also be safe.” After navigating this uncertain year, Carter advises others on the job search to make sure their resume and cover letter skills are strong and to use all their available resources and connections.

Leah Wright approached graduation with plans to attend the Denver Publishing Institute over the summer. She hoped the institute would launch her career in publishing. However, when lockdowns started, DPI, like everything else, moved online. Wright opted to defer her enrollment and wait until she could have a full in person experience.

Wright spent her summer applying to 30-40 jobs with literary agencies. She only heard back from five or six of them and was not hired by any. She eventually decided to take a break from searching for publishing jobs and got a job working at a coffee shop in Lansing. Wright reflected on the drastic changes of the last year, saying, “Everything stopped all at once. And it really forced me to be like, Who am I when I’m not busy? I have nothing to do. I got to explore that side, which was scary, but definitely taught me a lot about myself.” The pandemic pushed Wright into an unexpected gap year, but she is continuing to work, grow and pursue her goals.

As Emily Hobrla approached graduation last year, she was doubtful about pursuing a career in publishing as she had intended with her professional and public writing degree. She began to reach out to professors and classmates, and decided she wanted to pursue further education in user experience design. Since Hobrla was so close to graduation, it was too late for her to pursue an additional undergraduate degree in the field. She decided in finals week of her senior year to apply to a masters program at the University of Michigan. Hobrla has spent the last year taking online courses towards a master of science in information degree with a user experience concentration.

Reflecting on where she was a year ago at the start of the pandemic, Hobrla said, “It was sad for me. But it was a time where there was a lot of turmoil happening surrounding COVID. So I was sad about my own personal situation that I couldn’t get my in person graduation that I had kind of hoped for for a long time. But I was grateful that I was safe, and my loved ones were safe. And I was also scared for the future, but kind of just taking it one day at a time at that point.” Nearly a year later, pursuing her master’s degree, Hobrla offers the advice, “Don’t compare yourself to someone else’s path. Because you’re doing the best you can do for yourself.”

These six graduates have had to navigate uncertainty, rejection and change in the last year. They have each been pushed to make the best of an objectively frustrating and challenging situation. Even though they may feel uncertain about their own paths, what is clear is that their experiences and advice are models of resiliency.

Jennifer Bell is a junior studying professional and public writing. She works as the undergraduate media coordinator and a writing consultant at the Writing Center at Michigan State University. After graduation, she plans to pursue a career in the publishing industry as an editor. When she’s not working, Jennifer can be found listening to podcasts, wandering the outdoors or escaping into a book.