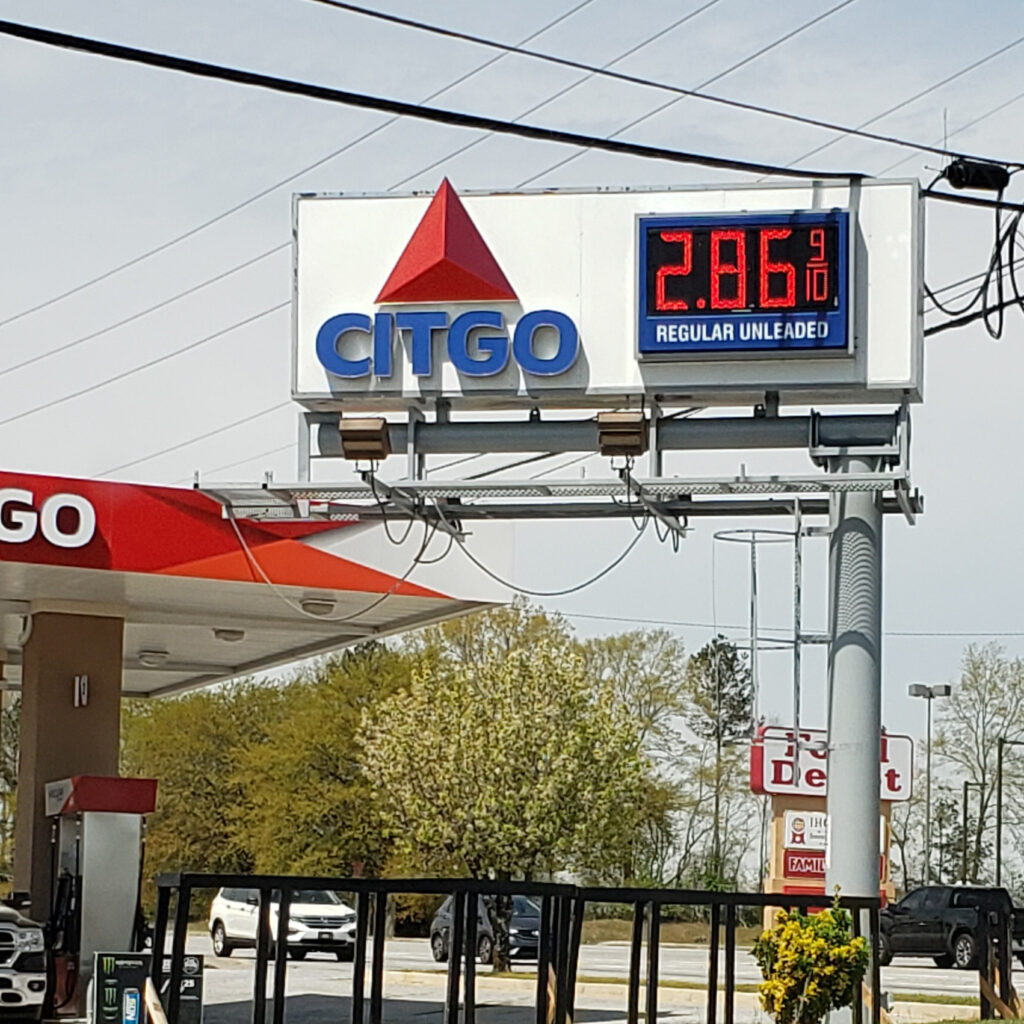 The nation’s average gas price is 73 cents higher than it was last year, and many point fingers at our new president for this—he’s a Democrat, pushes for environmental policies and hasn’t really been pleasing either party lately, so surely he’s to blame. Well, Biden may be letting people down in terms of immigration policy, but he has nothing to do with the spike in gas prices.

A year ago in Michigan, unleaded fuel averaged $1.87 per gallon, and now it’s averaging at $2.74 per gallon, nearly a dollar increase. There are two main factors that account for how low gas prices were in 2020, and neither one relates to the president.

March 2020 marked the first major effects of the COVID-19 pandemic in America, with Michigan, among many other states, issuing a stay-at-home order on March 23, 2020. People weren’t even commuting to work, not to mention participating in the usual spring and summer travel. And as basic economic principle states, when there’s less demand, there’s lower prices.

Now, with the vaccine roll-out and many states and countries reducing travel restrictions, the demand for gas is rising. There’s a sentiment that things are returning to normalcy; even during a February tour of a Pfizer facility in Michigan, President Biden said, ““I believe we’ll be approaching normalcy by the end of this year.”

If anything, people will choose driving over flying for travel this spring and summer in an effort to remain more isolated. A recent study found that “close to two-thirds of travelers will start with small road trips within a day’s drive from home.” If driving remains preferable to flying, where airline fares are returning to their regular, higher prices, the price for gas will likely continue to rise. There’s immediate and projected demand, which means suppliers can up the cost without losing customers.

The weaning effects of the virus aren’t the only reason gas prices are rising. The other cause for this takes place in the Middle East, far from the Oval Office in D.C. March 2020 brought a major oil price war between OPEC+, which consists of many countries but is primarily controlled by Saudi Arabia, and Russia, who pulled out of OPEC+ after disagreeing with Saudi Arabia on proposed production costs.

The two oil producers began producing more oil rather than cutting back to match the decreased demand brought about by COVID. They spent the last year trying to cripple each other’s supply by overproducing oil. As explained in journalist Jules Suzdaltsev’s viral TikTok, this overproduction led to a petroleum supply that so outmatched the decreased demand that in April 2020, oil prices went negative—it cost more to store the oil than to sell it.

Fearing what this price drop would mean for U.S. exporters, then-President Trump called for a global production cut, meaning he actually advocated for higher oil prices, something a U.S. leader hasn’t done in a very long time. The cut did help to balance out the oil situation, but the war between OPEC+ and Russia is not over.

Some think Biden is still to blame because of his cancellation of the Keystone XL pipeline expansion, but the extension was never completed and thus never added to oil production, meaning it had no effect on the supply of oil and therefore no effect on the price. Even if the extension was completed, the oil would be primarily sent overseas and would likely raise the cost of gas in the U.S.

The truth, however, is that gas prices will likely stay on the rise, especially if policies continue to prioritize environmental protection. Full-cost pricing, pricing that is higher to account for any long-term or hidden costs like environmental degradation and the cost of fixing it, is a practice commonly recommended by activists and utilized for other products like water usage or waste management. And, while a price raise is never ideal for consumers and usually hurts people with lower incomes the most, the government has tools to remedy this, like investing in alternative options to automobile transportation or subsidizing other energy sources.

But, for now, gas prices are rising because they were never meant to be so low in the first place.