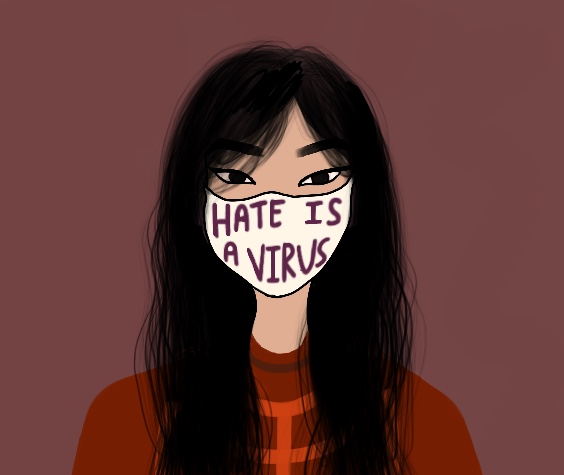 Increases in racist rhetoric have coincided with increases in racist attacks. Since February 2020, Asians around the world have been subjected to violence, threats and discrimination. With government leaders and senior officials directly or indirectly encouraging hate crimes, racism or xenophobia by using anti-Chinese rhetoric, thousands of Asian Americans experience verbal and physical racist attacks or being shunned by others.

As coronavirus cases began to appear in the U.S., former president Donald Trump repeatedly referred to COVID-19 as the “China virus” and “Chinese flu.” The first known coronavirus outbreak was in Wuhan, China, but scientists are still trying to discover the virus’s origin. An IPSOS poll found that three in ten Americans blamed China or Chinese people for the virus. Hate speech and violence against AAPIs, an acronym referring to the Asian American/Pacific Islander community, have run rampant, resulting in a surge of anti-Asian hate crimes, especially to vulnerable children and elders.

For Asians in America, COVID-19 brought an additional struggle to daily life. Asian businesses and property have been vandalized with racist tags, and individuals were physically assaulted, verbally harassed and violated across the country. There’s no official count for how many incidents have occurred, but in late March, California Congresswoman Judy Chu estimated 100 hate crimes were being committed against Asian Americans each day.

On top of that, NYPD data shows a 1,900 percent increase in anti-Asian hate crimes in New York City in the past year, with 20 incidents in the first half of 2020 alone. An August 2020 U.N. report also found that there were more than 1,800 racist incidents against Asian Americans in the United States over an eight-week period from March to May 2020. An article by Pew Research states that 40 percent of U.S. adults believe “it has become more common for people to express racist views toward Asians since the pandemic began.”

In recent months, anti-Asian racism and violent attacks on the Asian elderly have only increased. 84-year-old Thai immigrant Vicha Ratanapakde died last month after being violently shoved to the ground during his morning walk in San Francisco. In Oakland, California, a 91-year-old Asian senior was shoved to the pavement from behind. An 89-year-old Chinese woman was slapped and set on fire by two people in Brooklyn, New York. A stranger on the New York subway slashed 61-year-old Filipino American Noel Quintana across his face with a box cutter.

Unfortunately, many incidents like these are invisible to major media outlets, and the numbers that are reported are likely a severe underestimate because so many incidents go unreported, especially with minority groups’ warranted lack of trust in law enforcement.

The hate crimes against Asians in the United States have always existed. Experiencing xenophobia, anti-Asian racism, discrimination and violence is nothing new to the AAPI community. When the first wave of East Asian immigrants arrived to the U.S. in the 1850s, they were all met with discrimination and violence immediately. From the Chinese Exclusion Act of 1882, San Francisco Bubonic Plague in 1900, Japanese Internment Camps and the murder of Vincent Chin, the history of anti-Asian discrimination is deeply ingrained in the U.S.

Why is racism against Asians in America so normalized?

The model minority myth plays a huge role in perpetuating and reinforcing harmful stereotypes by giving a false narrative that Asians are successful despite the systemic oppression they’ve endured in America. The fetishization of Asians in mainstream media is one of the many factors that contributes to the oppression and racism that Asians face today. By deeming Asian women as submissive and docile, and Asian men as pretty Korean pop idols, it only perpetuates the stereotypes that contribute to the racism that Asians face in America.

There’s also the issue of grouping Asians together and treating the race as a monolith, when Asia itself is made up of 48 countries and a variety of different ethnic groups in each country.

With the recent rise of racial abuse against AAPIs, the media and legal systems’ continued ignorance and excusing of these hate crimes is terrifying. The most recent case is the hate crime that took place in Atlanta where a series of mass shootings occurred at three spas or massage parlors.

Eight people were killed, six of whom were Asian women, making it a pointed attack of racism. However, the sheriff’s office spokesman, Capt. Jay Baker, said that the shooter had a sex addition and lashed out at what he saw as sources of temptation. They are not calling it a hate crime because the shooter was simply having “a bad day” and supposedly wasn’t killing based on racial motivations.

This statement sparked a debate as many felt the sex-addiction claim was a way to redirect blame and silence the voices of the AAPI community. With many cities reporting a spike of anti-Asian violence the past year during the coronavirus pandemic, the statement wasn’t just adding up. It was too much of a coincidence for the shooter to end up at these specific locations in Atlanta where there would primarily be Asian women present. One white man’s “bad day” ended the lives of eight individuals and permanently changed the lives of their families and friends.

It is important to educate, bring awareness and call for action. There are many resources available to learn about the history of oppression against the AAPI community in the U.S., and it is crucial to fight against the anti-Asian racism and violence.

Mai Vang is a senior under the College of Arts and Letters majoring in professional and public writing. Her main focus is digital content creating and many of her creations are heavily inspired by Studio Ghibli. In her free time, she likes to experiment with video and photo editing in hopes to be more flexible with her skills.