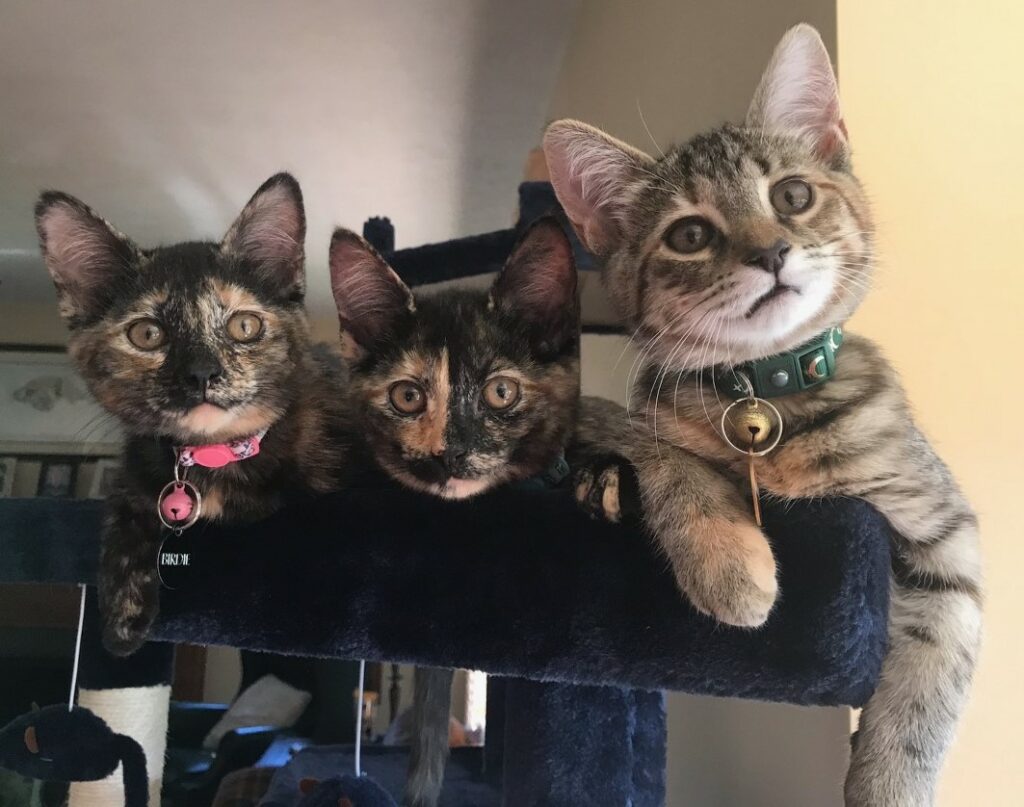 It’s no secret that cats are an interesting species. Each and every cat has their own personality, despite what the very prominent trope on the internet may suggest. However, all cats convey their emotions in similar ways. How do people know this, though?If someone has more than one cat, they might notice that while each cat has a different personality, there are certain signs and actions they all will do.

There is a visual language that cats use to communicate with humans, just like dogs’ use of actions such as tail-wagging and licking. Despite what the general public may think, cats are just as good at communicating as dogs. They just happen to be more subtle, so people often overlook or misinterpret their signs.

So, what are the signs that cats use to communicate with humans? Owners will most likely see signs from cats in three situations: the cats dislike them, they are stressed, or the cats are showing affection. While there are countless different situations prompting signs cats might use, some of the most common are addressed here.

Cats use a few signs to show that they are currently upset with, or simply dislike, their owners; hissing, growling and biting all indicate the cat is unhappy and may even feel threatened.

When a cat’s tail, one of the most useful tools to interpret your cat’s signs, is horizontal, lashing or puffing up, it most likely means that the cat is in fear and retreating. The cat may even resort to aggressive behavior, which leads to more hissing and biting.

When a cat hides from the owner, walks away, or is friendly to everyone else but the owner, it usually means that, due to some action of the owner, the cat is currently upset with them or uncomfortable in their presence. It could also mean the owner is wearing too much perfume, and the cat can’t stand to be in their presence due to the displeasing scent.

The main aspect of the signs showing dislike to an owner is that all of these actions are brought upon by the owner. Cats are fairly picky and huge clean freaks, so if the owners do something to make them upset, whether they forgot to clean the litter box, fed the cat spoiled food or brought upon a big change like moving houses, the cats will show these signs to tell their owner they are unhappy and currently dislike them.

Like with most animals, it is fairly easy to put cats into situations where they are stressed. Whether it be a sudden lifestyle change like moving houses or having a baby or something as simple as loud noises, cats have various signs to show they are stressed.

The biggest indicator, like with all of the cat signs, is their tail. If their tail is constantly low or even tucked in beneath them, it is a sure sign they are very stressed. Next would be body issues, including intense diarrhea or vomiting, or even extreme weight loss or gain.

Changes in behavior, like being easily startled or overly aggressive, are signs too. Cats may also over-groom, resulting in bald patches, hide a lot, spray and scratch objects and even try to eat non-food items like plastic. They might be incredibly vocal as well, but the other signs are a better way to tell if the cat is stressed.

If cats tend to exhibit these signs for a long period of time, it may be because of an underlying health issue. In that case, it is best to take them to their veterinarian as soon as possible.

There are so many signs and actions for love in cat culture. Most behavior the owner sees from their cats is because the cat is being affectionate. In fact, some of the actions that people associate with the cat disliking them are actually the cat showing that they love the owners.

The best example of this is when a cat stares at a person. While it may look like the cat is staring into the person’s soul and devising a plan to end them, it is really one of the biggest signs that they love them. After all, cats only bother looking at people they love.

When a cat stares at their owner with a half-lidded gaze and slowly blinks at them, it is their version of sending love. These slow blinks are actually called “cat kisses” or “eye kisses,” and are the cat equivalent of a dog jumping on someone and giving them slobbery kisses. The best part is that the owners can reciprocate this action, by staring at the cat and blinking slowly to help deepen the bond.

As with the other signs, a major way to tell if the cat loves their owner is with their tail. A cat can use their tail in various ways to display affection. They can wrap it around the owner’s leg or wrist, the equivalent of hand holding in cat culture, or even just lay it on or next to the owner. When around the person of their affection, a cat’s tail will raise straight up and curve at the very end, and in some cases, it will even fluff out at the bottom and quiver.

Headbutting and cheek rubbing is another wonderful sign of trust and friendship. Since that is where the scent glands are located, when a cat headbutts and rubs their face on the owner, they are not only showing that they love them, but they are also scenting the owner to tell other cats that the owner belongs to their family. Basically, they are accepting their owner into their family and making sure no one else can take them.

If cats start to groom the owner, which translates as licking them, it shows that the cat values the owner as part of their family. Grooming is often seen between two cats who are helping each other relax and reaffirm trust, so they groom their owners for the same reason. This also helps to build the “family scent” shared between the members of the clowder, including the owner.

Grooming is one of the most intense bonding experiences, so if the owner is being licked by the cat, and they do not have a tasty lotion on, they should be honored the cat is so comfortable with them.

When it comes to noises the cat makes, most people associate purring with the signs of affection; and while that is completely true, there are other sounds, such as chirping and mewing—there is a difference between meowing and mewing—that can show affection. Usually these sounds are paired with a different sign, something like the tail wrapping or placing their paws on the owners, for double the love.

The final, biggest sign of a cat loving the owner is just following and being around the owner. Depending on the cat, they might just want to be in the same room, or they might want to be on the person’s lap. Either way, they want to be around them. Cats might also follow their owners around the house, but if they wander away, don’t worry—it just means they are comfortable and feel safe enough to explore to find the owner some treasures.

There are also some undesirable signs of affection that should not be encouraged, but it means they love the owners nonetheless. These include things like: gentle nibbling when being pet, which is the cat’s way of telling the owner to continue to pet them; peeing on things to mark territory and signify the owner should return home for snuggles; and giving the owner their prey. Whether the prey is an actual dead animal or a fluffy toy, this is actually a big sign of love since in the wild food is precious, so cats only share with the ones they value.

There are even more ways cats can show affection, including showing their bellies, kneading, rolling around and sleeping near the owner. Most of these are considered very vulnerable actions to the cats, so the owner should be happy they created an environment where the cat feels safe and secure.

When seeing prey that the cat cannot reach, most likely because the cat is inside while watching the prey through a window, the cat will “chirp” or “bark” to indicate that they want to hunt, but they are unable to.

A cat’s purr occurs in a certain frequency, between 25-100 hz, that aids in healing. When purring, a cat can heal bone fractures, rips in tendons, ligaments and sometimes even skin. There is a slight difference between purring to show affection and healing, though.

Despite what most people might think, cats are actually one of the most social and affectionate pets someone can own. Through the various signs and actions they use, cats can communicate a variety of emotions with humans. So next time an owner sees their cat doing one of these actions, they should pay special attention to what their furry companion is trying to say!