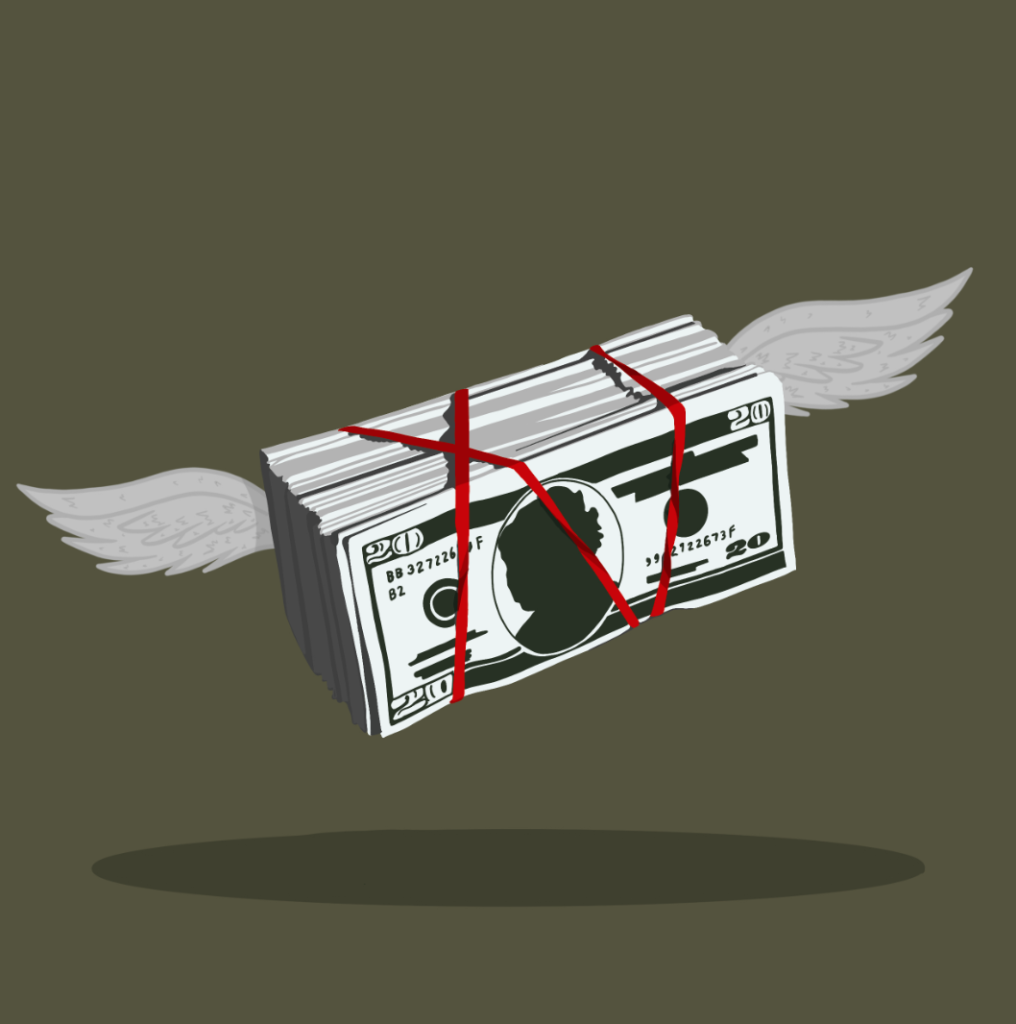 In January, President Joe Biden took office and immediately fought back against the COVID-19 pandemic that began devastating the globe in March 2020. Biden’s goal of assisting the American public became a reality with the $1.9 trillion stimulus plan that blazed its way through legislation in early March. As this economic package begins rolling out, a good portion of that $1.9 trillion will make its way into American bank accounts as $1,400 checks.

While this amount of money is an important piece of assistance for almost anyone, the legal parameters are also a monumental step for helping those in need. This set of financial aid is the first COVID-related stimulus plan to be distributed to those claimed as dependents on their taxes. The implications of this are especially important for one of America’s financially burdened demographics: college students. Their tuition—which has been on the rise for years—high rent prices and other bills have left students teetering on the poverty line, and $1,400 makes for an essential crutch.

Lucas Polack, a junior at Michigan State who filed as an independent on his taxes, is putting almost all of his stimulus money toward rent. “When this school year started, I couldn’t get unemployment benefits anymore, so I’ve been struggling for financial stability since then,” he said. “This money gives me enough financial stability to finish off the semester without having to worry about being a poor college student.”

Polack is not the only one who frets about paying rent or the next set of bills. With average rent prices climbing about $1,000 in East Lansing, MSU students like senior Shelby Smith see that stimulus as much more than an essential crutch, especially when filing as an independent on their taxes.

“(The stimulus) was direct-deposited to my account. I put $1,000 of it in my savings, which brought my savings up to… $1,000. This is a great comfort to me as, since my unemployment insurance ran out, I’ve been low on cash this year,” Smith said.

College students who filed independently have continued to find that stimulus money landing safely in their bank account. However, students who are claimed as a dependent face other obstacles. If a student is claimed as a dependent by their parent/guardian during the 2020 tax season, that stimulus goes to the parents instead. The intricacies of this can make for complicated situations where claimers hold on to the money, making the decision for their child.

“I don’t think that’s at all fair,” Polack said.“I have a few friends who are completely independent financially, yet their parents still claimed their stimulus check. This angers me because it seems like there’s nothing that students can do if their parents wrongfully claim their stimulus money.”

Thankfully, Smith and Polack’s parents have the financial means to support them. While this may be the case for a portion of university students, having parents and guardians act as a middleman for their child’s stimulus seems unjust for a demographic that is fiscally responsible for so much.

On a broader scale, the relief bill extends its reach to those affected by job loss. The package offers $300 weekly federal aid starting on March 11 and extends 11 weeks. The Pandemic Unemployment Assistance program also received a much-needed boost as it expanded its assistance to freelancers, contractors and the self-employed. This is just as valuable for students who faced university furlough last year or lost their corporate job.

As the $1,400 checks continue to land in American bank accounts, the intricacies may leave college students wanting more. Between rising rent and tuition costs, difficulty claiming the stimulus money and more, America’s $1.9 trillion relief package is as perplexing as the pandemic it combats. Let’s just hope that money falls into the hands of those who truly need it.