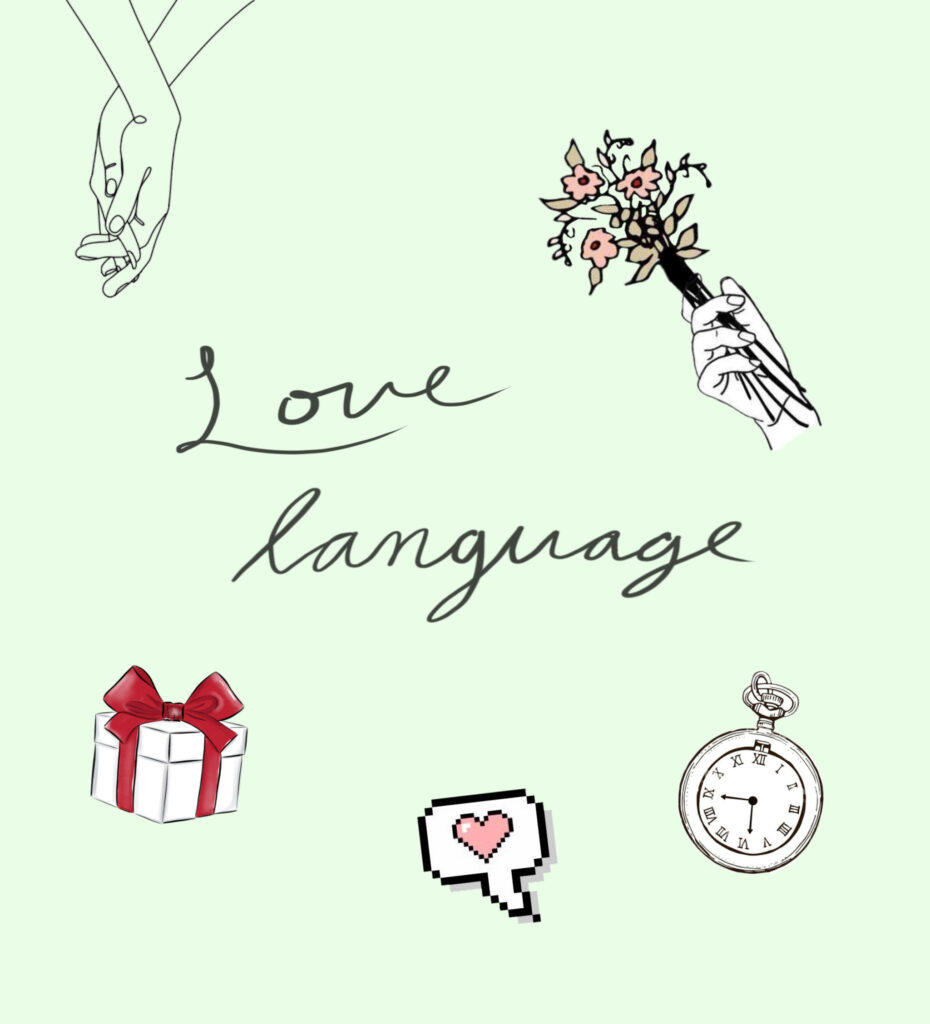 Love languages describe the way someone wants to feel loved and appreciated. Depending on each individual’s personality type, people may appreciate signs of love differently than their partners do. Understanding and decoding these different ways of showing love can help fulfill expectations and needs in relationships.

So what are the types of love languages?

Quality time is the love language that centers on togetherness. A person feels loved, cherished and prioritized when they spend meaningful time with their loved ones. The psychology behind quality time has an emphasis on quality over quantity and is all about giving someone undivided attention.

Physical touch is the physical expression of love. It is the non-verbal love language that focuses more on intimacy. The psychology behind this form of communication goes deeper than one may think as physical touch is the first language used to communicate as infants. It plays a critical role in social and behavioral development.

Words of affirmation are the expression of love through verbal communication that is supportive, encouraging and appreciative. These can also be shown in written messages such as love notes and letters.

Acts of service are about the demonstrations of love. It is described as selfless acts and doing something for one’s partner in hopes they would like it. Neurobiologists found that selfless acts generate positive feelings created by compassionate actions, which is a form of positive reinforcement.

Does it stem from childhood traumas and experiences?

It is possible that people’s love language shows what they currently lack or what they lacked in the past. For instance, if someone’s love language is words of affirmation, then encouragement and support may not have been prominent during adolescent years. It’s natural for people to want reassurance, be congratulated and be applauded because humans naturally thrive on praise.

This concept can be applied to all of the love languages. If someone’s love language is quality time, then they were possibly lonely as a child or may not have felt someone’s undivided attention for more than a few minutes. Having physical touch as a love language could mean that a person lacks physical affection and may not have received it as often as they should, thus missing the warmth of physicality.

Those whose love language is gift giving may have never felt worthy enough of small gestures, and these individuals will most likely experience a wave of reassurance when their partner surprises them with a gift as simple as a bouquet of flowers. Acts of service as a love language mean that an individual probably never had help with their daily tasks and grew up in an environment where their caregivers were constantly breaking commitments, leading to the strong belief of “actions speak louder than words” because words were never honored.

On the contrary side, love languages may not be entirely linked to “bad” experiences. For example, someone may have grown up in a household where a lot of physical affection was given; therefore, they seek the same amount of affection from others as an adult. Or, if the individual was often praised and acknowledged for their efforts as a child, as an adult, their main love language might be words of affirmation. Some people grow up receiving the right amount of love, so they don’t lack it. Instead, they know what exactly to look for in others and can express their wants and needs through their love language.

Mai Vang is a senior under the College of Arts and Letters majoring in professional and public writing. Her main focus is digital content creating and many of her creations are heavily inspired by Studio Ghibli. In her free time, she likes to experiment with video and photo editing in hopes to be more flexible with her skills.