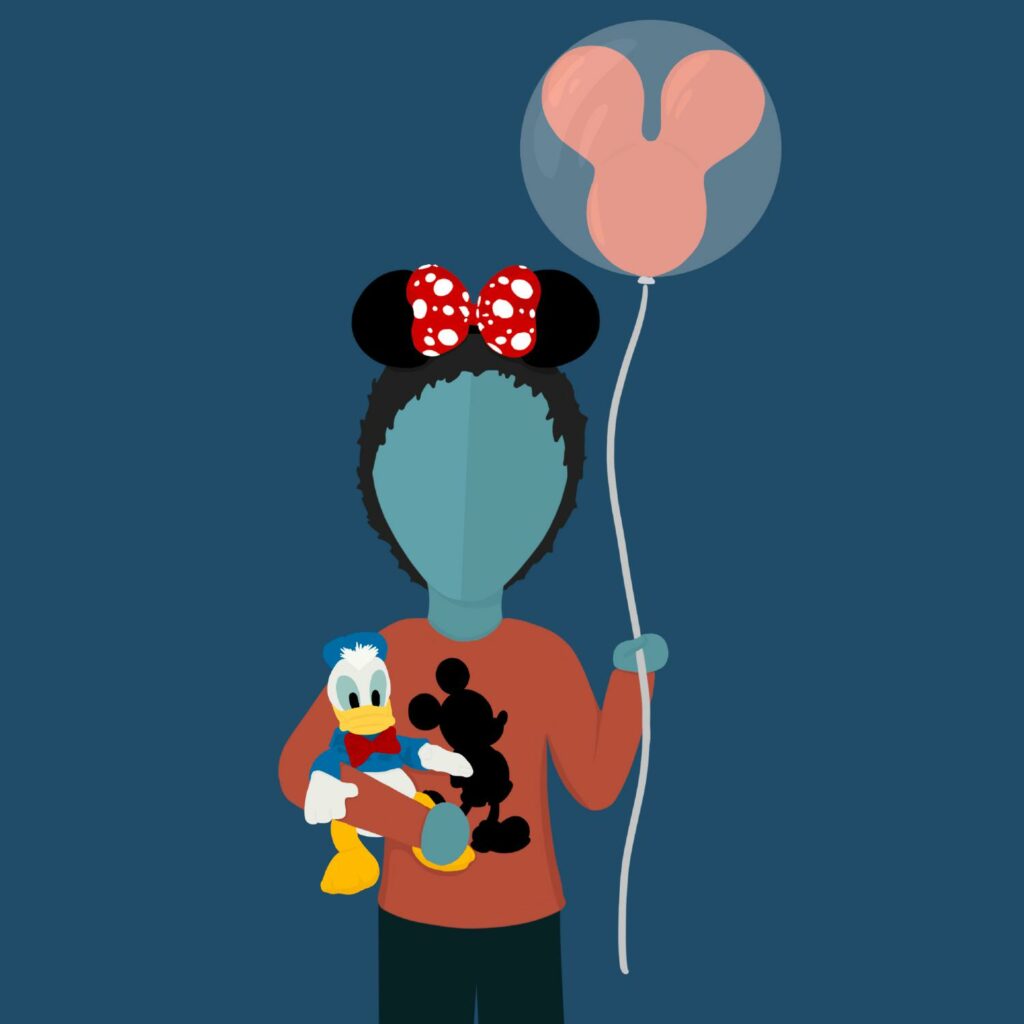 Media and entertainment have a huge influence on society, affecting people’s behavior, language and purchases. People with similar tastes often form friendships or bonds by talking about their favorite shows and movies, but sometimes, the entertainment industry influences so much of a person’s behavior and personality that it becomes a self-defining characteristic.

Anyone on the internet has likely heard the phrase “Disney adult,” which brings to a mind a picture of a Millenial or Gen X adult who not only loves watching Disney movies and going to the theme park, but also carries the Disney theme into other aspects of their life like their wardrobe, home decorations or even their career.

Sure, some people have an attitude of “you do you,” and Disney adults are quick to defend themselves, but there’s a general disdain toward them on the Internet (and in real life). Sometimes that disdain is extreme, like in the case of opinion writer Tom Haynes, who said quite plainly, “Disney adults are the most terrifying people on the planet and they need to be stopped.”

In an investigation by POPSUGAR, a survey of 100 self-identified “Disney diehards” showed that 80% of these fans are childless, 75% say a trip to Disney World is their ideal vacation and 15% had been to the park ten or more times in the past year. Even with an annual pass, which pre-COVID cost $1,195, and opting for to-go meals that average at $19, these diehards are likely spending upwards of $2,000 a year without even counting the pricey in-park Disney souvenirs. One fan shared that even when not at the park, “a true Disney fan has a themed item with them at all times.”

And that’s the general attitude of Disney adults, who make their love of Disney a defining and permanent part of who they are. There’s countless examples of people who went far beyond extremes, like George Rieger, who had 2,200 Disney tattoos until he removed them for his new wife; a Southern California home decorated so that each room matches a different Disney movie; or one of many Disney YouTubers with over 100 Mickey ear headbands. In her video, Rawan of Disney Damsels said, “It’s not just ears, though. I spend [my money] on Disney merch; that’s why I’m broke.” She keeps most of the ears in a box because her husband thinks they’re tacky.

Like Rawan said, all that Disney stuff is expensive. Disney’s net worth in 2020 was $130 billion, even after losing significant revenue from shutting down their parks for COVID-19. Not only does Disney have brick-and-mortar stores and an online shop with nearly 10,000 products, but an Etsy search for “Disney” yields over a million results. The demand for products is there, and the supply is large, to say the least. To put Disney Damsels’ 100+ ear collection into context, one pair of adult ears from the Disney store starts at $29.99, and Etsy custom ears range anywhere from $10 to $300, depending on their detail and craftsmanship.

So what is the reason for this obsession? Some say nostalgia or perhaps escapism, the tendency to seek distraction and relief from unpleasant realities by seeking entertainment or engagement with fantasy. These adults use Disney quotes in conversation unironically, go to Disneyland to take pictures with the characters rather than go on rides and spend their paycheck on Disney toys. It’s more than choosing to watch a favorite childhood Disney film for a pick-me up; it’s their way of life.

But the point here isn’t to try to understand the reasoning behind people’s obsession with Disney; it’s to show how problematic that obsession really is. There’s a lot of layers as to why a corporation has practically become a religion for some, and this creates some serious issues, not only for those obsessed with the company but for society as a whole.

Disney is a corporation. Don’t forget that. People don’t make sure they always have Nestlé merch with them or decorate their homes as an ode to IBM. Disney has great marketing and stellar brand-consumer relationships, but that doesn’t change the fact that it’s a BIG business that works in the same ways other businesses do. In fact, when it comes to manipulative business practices, Disney doesn’t just fit the bill, they paved the way. For example, Disney’s driven every copyright reform to extend the length of copyrights so that their products and designs don’t enter the public domain. What Disney wants, Disney gets.

In terms of the company’s political agenda, conservative news sources have repeatedly ‘bashed’ Disney as left-leaning, but in reality, their 2020 financial contributions say otherwise. Although $1.2 million was given directly to Joe Biden’s campaign, $10.5 million was given to America First Action, a SuperPAC supporting Donald Trump. The company has lobbied for bills that are more progressive, like the Worker Health Coverage Protection Act and COVID-19 Pandemic Education Relief Act, but only when it doesn’t come at their own cost. If a bill has a chance of lowering profits, like any kind of tax bill on their properties, they’re against it. If it serves to make them more money, like the Trademark Modernization Act, which gives Disney even more power in defending their trademarks and property, they’re all for it.

It’s a lot more than political lobbying. Disney’s been connected to child labor, factory working conditions so bad that workers commited suicide and a theme park workforce of which three-quarters couldn’t afford their basic expenses. Two-thirds of Disneyland employees were food insecure, over half feared eviction and a third couldn’t afford vital prescriptions they or a dependent needed. These numbers are from 2018. So while Disney diehards are posting Instagram pictures of their Dole whip, churros and Mickey balloons, the employees at the park are wondering if they’ll be able to afford their child’s insulin this week or a trip to the grocery store.

Disney may make good movies, sell cute products and have some decent rides, but it doesn’t deserve any praise or worship. Maybe Disney adults are desperate for nostalgia or blinded by pixie dust, but their continued vocal and financial support of the company is only teaching Disney one lesson: no matter what horrors Disney commits, no matter what role they play in politics and no matter how they treat their employees, their revenue will keep on coming.