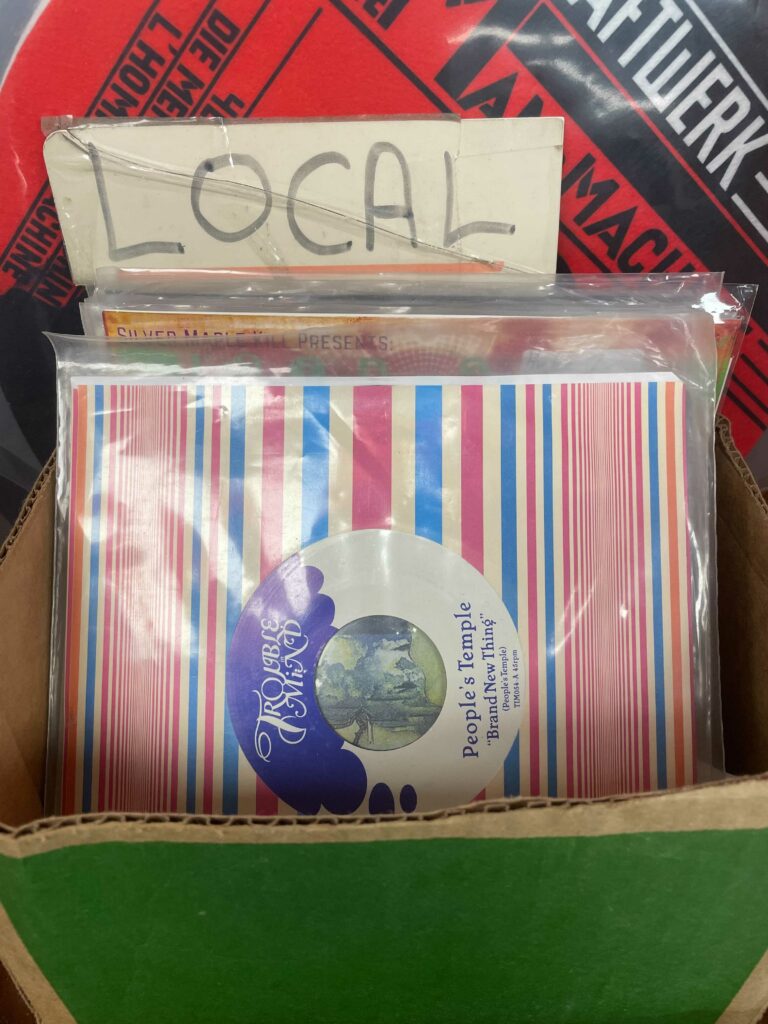 If the Costcos and Applebees of the Michigan music scene can be compared to Big Sean, The White Stripes and Lizzo, then someone has to look out for the Conrad’s Grill and the Quality Dairy artists out there. Not only are small artists everywhere suffering under streaming services and their inadequate pay, but the pandemic has rendered touring, a major source of revenue for artists, impossible. Now more than ever is a crucial time to support local artists and bands—it’s just a matter of finding them. Fortunately, The Current is here to help.

What’s more fortunate, Michigan is currently experiencing a minor musical gold rush, if not a major rap renaissance. One of the greatest success stories of 2020 in hip-hop was Detroit’s Boldy James, who spent a decade underground before breaking through with The Alchemist-produced “The Price of Tea In China.” That same year, James released three more stellar albums and signed with Griselda Records. By opting for the antithesis of the bombastic, comedic rap style that’s popular in Flint and Detroit, James found a winning formula in his bleak storytelling, deadpan delivery and unimpeachable authenticity.

Of course, most ears attuned to the Michigan rap scene are focused on the livelier acts like Sada Baby, Bfb Da Packman and 42 Dugg. Meanwhile, cult superstar Danny Brown has been quietly hatching his takeover. Last January, the beloved Detroit weirdo launched Bruiser Brigade Records and has been introducing listeners to his cohorts, J.U.S with “GOD GOKU JAY-Z,” Fat Ray’s “Santa Barbara” in Februrary and “Dope Game Stupid” by Bruiser Wolf in March.

Fat Ray and J.U.S. are unique in their own right. Fat Ray is the darkest of the bunch, heavily influenced by the savage yet vivid penmanship of Biggie Smalls, while J.U.S is more spiritual, sporadic and a firm believer in “less is more” ideologies—but nobody’s really unique when standing next to Bruiser Wolf. He raps like a 1920s mob boss with the cadence of the meme-famous “notice me senpai” guy (also from Detroit), all while dressing in retro sweatsuits and a fedora. He might as well be a cartoon character. Wolf’s M.O., which involves touting his ultra-individual sound and dishing out spit-take-worthy wordplay, is detailed in the funky, Brown-assisted centerpiece “I’m a Instrument.”

Bruiser Brigade Records often taps ace Detroit-born producers such as Black Noi$e and Skywlkr, but none more than Raphy, who contributed his talents to 25 of the 36 tracks released on Bruiser Brigade Records so far. Early Brown protege ZelooperZ designed all three album covers; he’s as adept a painter as he is a rapper. In total, Bruiser Brigade Records is an operation that rarely outsources, relying on the in-house creative ecosystem fostered among these Detroit natives. They’re biting at the heels of the Flint-Detroit pipeline currently ruling over Michigan hip-hop.

Elsewhere in Michigan regions and genres, emo bands like Lansing-based Hot Mulligan and Marquette’s Charmer are further staking the state’s claim in the indie world. However, no Michigan band’s star burns brighter than Dogleg’s, whose 2020 debut album “Melee” proved them a true force to be reckoned with. Simply, Dogleg refuses to let the pedal off the metal. Their big hits “Kawasaki Backflip” and “Fox” are a tour-de-force of punk rock catharsis, but what’s really admirable is their album-spanning commitment to screaming, kicking and punch-dancing out their rage without sacrificing sincerity. The innards of “Melee” are ugly, but when closing track “Ender” brings out the string section, it casts a strong beauty over the previous 30 minutes of fight music at breakneck speed.

When talking about directly supporting actual local business, look no further than “A Benefit for Mac’s Bar Staff.” It’s a charity compilation album of Michigan artists released last March on Bandcamp to support the local gem on Michigan Avenue, just a few minutes from MSU’s campus. In the past, Mac’s Bar has attracted many great nationally renowned artists to come perform, such as emo royalty The Hotelier and Detroit rap veteran Guilty Simpson. The compilation album asks for a $10 purchase to support the establishment in exchange for 23 songs by Michigan acts who have played Mac’s (and one by Pittsburgh’s The Homeless Gospel Choir) all bundled in one.

Pancho Villa’s Skull, a self-described “mariachi punk” band hailing from Pontiac, is featured in the compilation with a live rendition of their song “El Canalla.” It’s a politically charged firecracker that burns up in just over two minutes but not without leaving the listener convinced that mariachi punk might just be the next big thing.

The aforementioned Dogleg is on the record, too, and so is the Rodeo Boys’ song called “Dog Leg.” There’s no discernable connection between the song and it’s namesake, but it’s a flattering reference considering the penchant for heavy, gritty, inertia-driven songcraft shared between the two acts. Rodeo Boys describe themselves as “a queer rock ‘n roll band from Lansing, Michigan” whose “rural roots combine Southern twang and 90s grunge in true lonesome and ornery fashion.” Their 2019 debut “Cherry” is decidedly more grungy than it is twangy, but they’re not lying about the lonesome and ornery stuff.

Grand Rapids pop-punkers The Lippies also have a spot on “A Benefit for Mac’s Bar Staff” with their Donald Trump diss track “On Your Mind.” The band is currently in their second act after disbanding in 2016—the same year they dropped their self-titled debut, which propelled them to modest indie fame. Cosmic forces brought the band back together, but plans to release a follow-up LP were presumably thwarted by COVID-19. Instead, The Lippies treated fans to a brisk 3-song EP in 2020, on which lead singer Tonia Broucek freewheels like Liz Phair and howls like Neko Case.

There’s an immensely rich music history in the state of Michigan, from proto-punk progenitors MC5 kicking out the jams in 1960s Detroit to the Belleville Three of Juan Atkins, Derrick May and Kevin Saunderson trailblazing techno in the 80s and, of course, Motown. Libraries could be filled archiving the invention, expansion and celebration of music in Michigan. If Michiganders don’t stop and lend an ear to the sounds of the state, they’ll risk finding themself in one of those libraries, reading about the wonderful happenings long after they occurred.