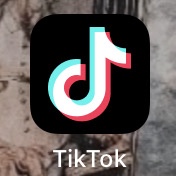 TikTok is now one of the  most popular social media platforms, drawing in 800 million active users in October 2020, according to datareportal.com. Among these users, many describe it as one of their favorites. TikTok is even a teenager’s second favorite app, according to a report published by CNBC. But it has not always been this way.

TikTok was released in September 2016, and in September 2017, according to businessofapps.com, the app only had 120 million active users. Why did Tiktok’s usership grow so fast? TikTok makes it extremely easy to go viral, regardless of how many followers you have.

Other platforms, however, allow only one’s followers to see the user’s posts in their feed, so engagement levels are directly related to followers. TikTok takes a different approach by sharing posts with followers as well as random people based on interests and geographical locations.

Users have two tabs: a “Following” tab and a “For You” tab. The For You tab is where users receive thousands of videos from accounts users may or may not follow. The videos are still relevant to the user since they are specially curated by TikTok’s algorithm based on videos the user liked in the past.

With anyone granted the chance to become famous overnight, many young people make a constant stream of content in an effort to create one video that will get caught by the algorithm and blow up. What makes the app extra addictive is that typically within the first 1-2 months of creating videos, one video will be more successful than their others, whether that video has 500 or 500,000 views. This encourages the user to keep going. If one of their videos blew up before, it creates the illusion that another one will too if they stay consistent with posting.

Even if users don’t post videos on TikTok, the app keeps them hooked on other people’s content. TikTok’s algorithm places an endless supply of videos they think will be interesting to each user in their For You page, curating communities of users who see, like and comment on similar content. By doing so, TikTok creates small communities of people who find the same videos interesting and (ideally) get along in the comments. This gives people a sense of belonging. All communities have certain popular creators and trends that circulate for each of its users.

Depending on which model of phone someone has, they could be scrolling through their For You page for hours. Some older iPhones do not allow the user to see the time as they surf through their feed—making for hours of wasted time. While the time is visible on newer iPhones such as the iPhone X, people still cannot see the time a video on their feed was posted, so they lose their concept of time in another way.

Despite privacy concerns regarding data piracy, TikTok has been able to stay afloat—likely due to users’ obsession with the application, which stems from the virality techniques hidden in the algorithm. TikTok is a great way to kill a few extra moments of your day, but so is going outside, taking a walk or spending time with family. Sometimes, the best thing someone can do for their mental health is to just stop scrolling.