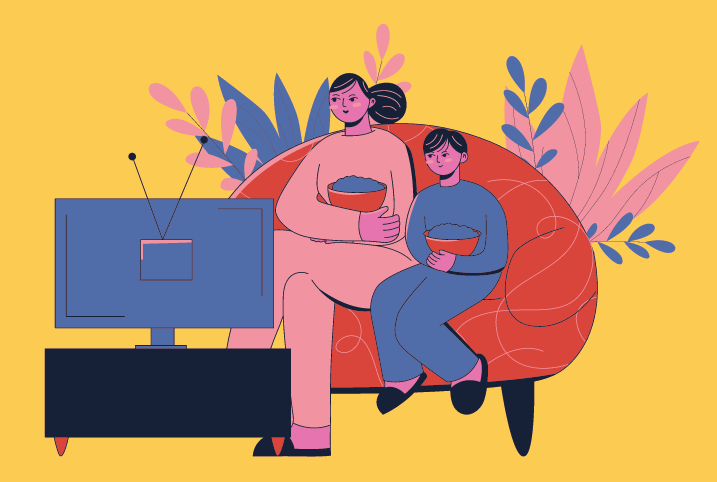 It wasn’t all too long ago Netflix went from DVD rentals to streaming pioneers, and even less time since over 200 others followed in the company’s footsteps. Back before the streaming scene was woefully overpopulated, Netflix was a hot commodity where, on one platform, for one relatively low monthly fee, viewers could binge shows from a range of networks.

It wasn’t long before Netflix became a unique content creator in 2012 with Norwegian mob drama “Lilyhammer,” quickly followed by Emmy-winning, smash hit “House of Cards” the following year. This was a key shift from merely housing content to also creating its own. A new avenue of revenue.

Now, the idea of both hosting content from other creators and making unique content under the banner name may sound familiar. That’s because the concept isn’t new: it’s cable, reinvented so as to shake every last penny from consumer pockets.

ABC, NBC, CBS and the like have been doing this for ages on the moderately-sized screen before Netflix made way for the streaming boom and the ability to consume content not only from computers, but from phones. There’s a lot to say about how the increase in convenience and accessibility to such content may have affected consumer desire for more, but that’s for another time.

To home in on how the current market exploits their fans for fares, take Disney as a model. Here’s a quick rundown of major television/streaming services at least partially owned by the Walt Disney Company:

Keep in mind, Disney didn’t start with all this under their umbrella, but have acquired more and more over the years. From ABC in the nineties, to Marvel in 2009 to media-giant Fox in 2019, Disney is not-so-slowly, but very surely, building a media monopoly.

For sanity’s sake, set all that aside to focus solely on Disney content. In the U.S., Disney Channel, Disney XD, Disney Junior and other cable channels continue to produce new, unique content for young viewers.

Disney XD’s hit “The Owl House” premiered in 2020 and was met with an eagerly budding fanbase. Despite the first season being complete and a second on the way, the show has yet to make its way to Disney+, where subscribers pay $7.99 (up from $6.99 last year) for the most basic plan. Instead, those interested must shell out extra cash for a cable subscription to enjoy the program.

So, avid Disney fans need to pay for both cable and Disney+ to truly keep up. But what about movies? New hits like “Raya and the Last Dragon” will cost an additional $29.99 to watch when it comes out with “premier access.” That’s essentially the price of the movie theater experience, but to sit at home, on a channel that comes with a monthly fee.

The word on the street used to be that switching to streaming was a cost-effective way to ditch cable for even more content in an all-new, relatively close to one-stop shop. When other companies became hungry for a piece of the profit, content became more and more split across different platforms, meaning someone may have to pay for a wide variety of services to access all the shows they enjoy. And each one comes at its own rapidly-increasing cost.

Disney has split its classic, unique content across so many platforms that, in another cable-like impulse, Disney+ drops unique content from the Marvel Cinematic Universe weekly, one episode at a time. Not to mention they’re running only one new program at a time in relatively rapid succession to make sure people aren’t tempted to drop their subscription, for fear of missing out, as Disney raises monthly fees by a dollar only a year after its inception.

All this while Disney sits on a ready-to-go “Black Widow” movie until they can pull movie theater profits as soon as pandemic restrictions allow, rather than release it on Disney+ for all to enjoy. Apparently, even a $29.99 early-access fee isn’t good enough. Accessing all the world has to offer in the way of film and television grows more complicated and expensive by the year, with greed the clear culprit.

Shelby Smith has a BA in English and professional and public writing from MSU. She is currently pursuing a certificate to teach high school English so she can enthuse about rhetoric, grammar and empathy to the next generation. When not writing for “The Current” she can be found embroidering pride flags and drinking a very large cup of tea.