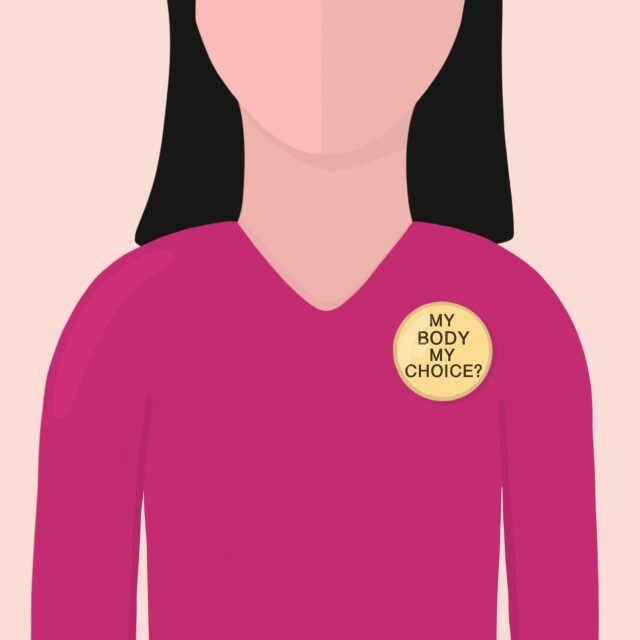 In 1971, Jane Roe, who later identified herself as Norma McCorvey, sued Henry Wade, her local district attorney, because she thought Texas abortion laws were unconstitutional. This landmark case ended in 1973, certifying access to safe and legal abortions as a constitutional right.

Sadly, this is true only in name for many Americans. Before Roe v. Wade, states were allowed to make their own decisions regarding abortion laws.  With current state legislations constricting abortion access more and more, people with female reproductive organs have dark times ahead.

If Roe was repealed, the first and most obvious effect would be a rise in unsafe, illegal abortions that will put those seeking them directly in harm’s way. Illegal abortions are inherently unsafe; they are almost always performed by untrained people in unsanitary conditions, and they put people at risk of complications or death. Roe v. Wade made way for more research and better medical training, which we would lose entirely if it was repealed.

But it’s not just frightening because of the potential for maternal mortality. It also makes way for people to face jail time for making what may be the safest and most responsible choice in a harrowingly difficult situation.

If Roe is repealed, unsafe at-home abortions will only be one of many issues. On top of the mental and physical toll on the health of people who are forced to keep their unwanted pregnancies, the financial burden is astronomical. Many people would love to be parents but know they currently cannot afford to. Repealing Roe will only serve to keep the poverty-stricken as poor as ever.

This is a topic that whole books are written on, but if cutting out the history, the policies and the pain, there are more implications of hardship on the rights of more than half of the population than just the right to an abortion.

With this debate comes the topic of miscarrying. If abortions become illegal, miscarriages will be investigated under the guise of possible murder. It’s vital here to understand what miscarrying means and that it usually can in no way be controlled by the pregnant person.

“This suggests that women who ‘cause the death’ of a fetus, with or without malice, could be charged with second-degree murder,” said Eric Segall, a law professor at Georgia State University, to the New York Times. This would mean those grieving the loss of a wanted child due to devastating circumstances would then also be walloped by accusations of murder.

CBS News detailed a true story about a woman named Manuela, who was seven months pregnant. She miscarried in her home near El Salvador and shortly after was questioned by the police, who did not believe her. She was sentenced to 30 years in prison on the conviction of aggravated homicide, “but Manuela only served two of those years. In 2010, she died alone in a hospital of Hodgkin’s lymphoma, a disease her lawyers say caused her to miscarry.”

This story may seem unlikely, but it’s also happened already in America, even with Roe v. Wade still in action. In 2018, Marshae Jones, an Alabama resident, got into a fight wherein she was shot, killing her unborn child.

She was ultimately arrested and jailed. The court’s reasoning? Because she allegedly started the fight, despite being unarmed herself, she was somehow responsible for someone else shooting her. She could have faced 20 years in prison, but was released after posting her $50,000 bond. The woman who shot Jones faces no penalty.

And this is not the only example of its kind.

Miscarriages are natural, exceedingly common and can be heartbreaking for hopeful parents. Clearly, investigating women for just living their lives is dangerous, but also, inserting a police investigation, even if no evidence is found, into this kind of heartbreak would only cause further pain.

Investigating miscarriages is a terrifying concept, and on top of everything else, it will scare people away from going to their doctors when they need to. If people are scared that they’ll go to jail because they may have had a miscarriage, they will more likely opt out of seeing a professional. This will lead to them not getting the medication they need or the dilation and curettage procedure that cleans out the uterine lining and could keep them from a very serious infection.

Not to mention that removing Roe v. Wade will only further restrict medical rights that are already vastly sexist. Still today people need permission from their husbands to get medical procedures that may affect their ability to give birth.

And banning abortions won’t even ban them for everyone. The super rich and the daughters and mistresses of powerful politicians will always be able to get an abortion if they need one.

Altogether, it is exceedingly clear, this has never been about abortion or kids or medical rights, it has always been about controlling women and it always will be.