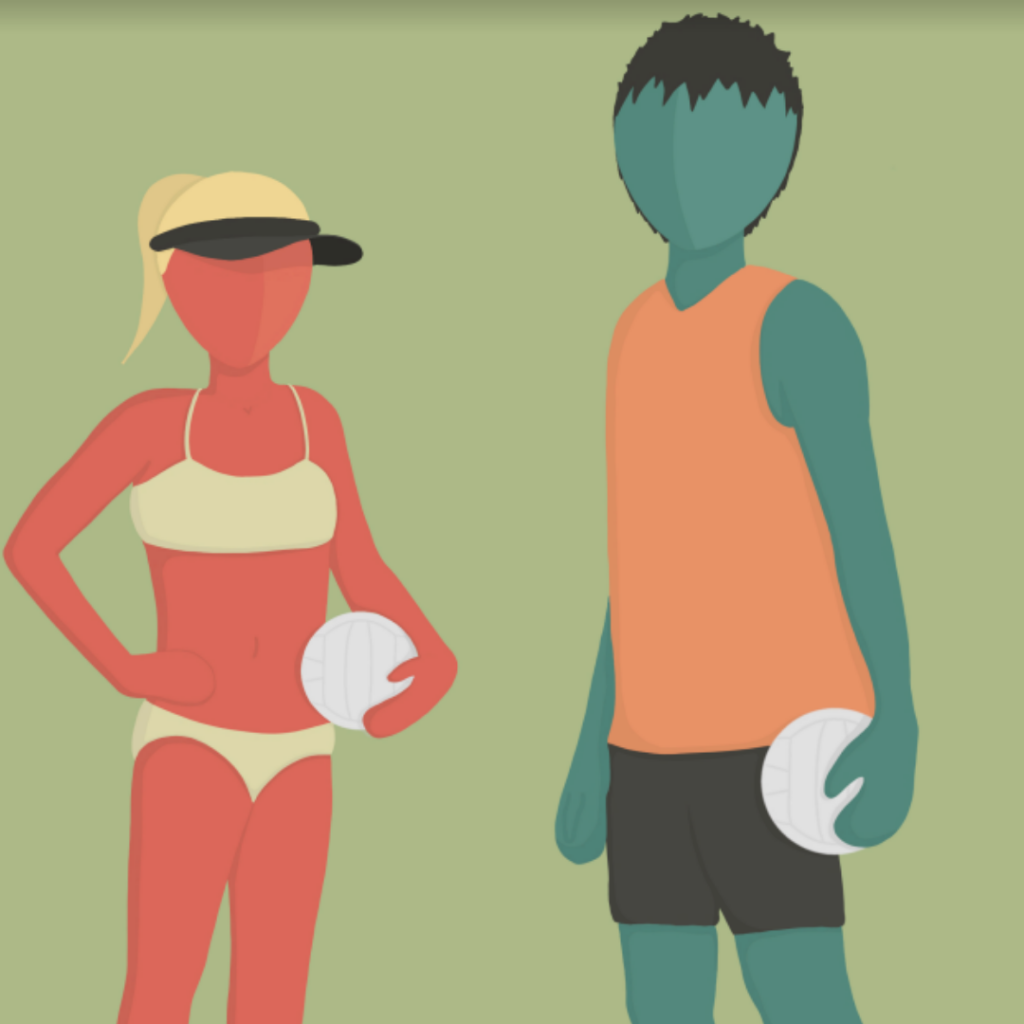 Even in the modern-day 21st century, the sexualization of women and girls is an ongoing problem. It can be seen in almost every element of daily life for women. Schools have unfair dress codes for girls, claiming that their knees and shoulders are distractions toward learning, stores sell revealing clothing marketed toward younger and younger girls and even video games are notorious for creating female characters with strictly provocative outfits. Women are constantly pressured to look and act more feminine while simultaneously being told to be both sexy and modest, effectively pandering to the male gaze. If they fail to do so, they are harshly criticized.

In a society where sports are historically regarded as a man’s area of expertise, there are only a select number of sports considered socially acceptable for women to participate in, such as figure skating, cheerleading or gymnastics. Women who decide to partake in a more “masculine” sport, like football or hockey, are immediately placed under scrutiny. Their sexuality is questioned as if playing hockey is an accurate indicator of a woman’s entire identity.

The sports industry is also heavily dominated by men in every other aspect, with 93 percent of club owners being male, and according to “The New York Times,” only 43 percent of coaches at the collegiate level are women. This means that men are still making all the rules, even for women, and female athletes must adhere to antiquated dress rules that maintain a culture of objectification. Lately, however, many female athletes have been taking a stand against the sexualization of women through their outfit choices.

Just last month, the Norwegian women’s beach handball team was fined 1,500 euros, or $1,768, for “improper clothing” after wearing shorts instead of the standard bikini bottoms during the European Beach Handball Championship in Bulgaria. According to the European Handball Federation, female players are required to wear bikini bottoms while male players are allowed to wear baggy shorts. The rules state female athletes’ bikini bottoms must be close-fitting, be “cut on an upward angle toward the top of the leg” and have a side depth of no more than ten centimeters.

The dress code rules for Olympic gymnasts are also incredibly strict, especially for women who are constantly performing mid-air splits and flipping and flying through the air. Not only do they have to worry about sticking a perfect landing while avoiding injury, they must also make sure that not a hair is out of place in their ponytails, otherwise that could cost them a perfect score. Even the best of the best won’t be let off the hook for a slight wardrobe malfunction. Wedgies also understandably happen, but judges will deduct points for picking at them, ultimately forcing athletes to endure discomfort at the risk of looking “unseemly.”

The German women’s gymnastics team defied convention and protested against sexualization by opting for full-coverage unitards at the Tokyo 2020 Olympics. The outfits had ankle-length pants rather than the bikini cut of traditional leotards. The higher-cut leg of traditional leotards is meant to give the appearance of longer, elegant-looking legs, enhancing the aesthetic of the performance for the judges without taking into account the extreme discomfort they cause. Male gymnast attire consists of comparatively less skimpy garments. They usually wear a singlet with loose shorts.

The standard leotard does not provide a sufficient level of comfort or coverage, especially when it comes to dealing with menstrual cycles. Women do not need to be penalized for wearing what makes them comfortable during a physiological process that is out of their control. This just creates unnecessary anxiety over their menstrual cycles when there is already an unfair stigma around periods. The team hopes to empower other female gymnasts by showing them that they should have a choice in what they wear to compete, whether it be something more revealing or completely full-coverage.

Furthermore, Black women on the Olympic swim team are confronted with yet another set of obstacles to overcome. The International Swimming Federation (FINA) is currently reviewing its decision of banning the use of products from the company Soul Cap, which designs swim caps geared toward natural Black hair. FINA had previously claimed that the swim caps didn’t fit “the natural form of the head.” This is not only a sexist statement but it’s also rooted in racism.

With sports being viewed through the male gaze, womens’ actions/feats simply don’t hold as much weight as their appearances. The fact that male athletes are exempt from worrying about their uniforms causing issues just goes to show how society places a much greater emphasis on female athletes’ bodies rather than their athletic prowess or record-breaking accomplishments.