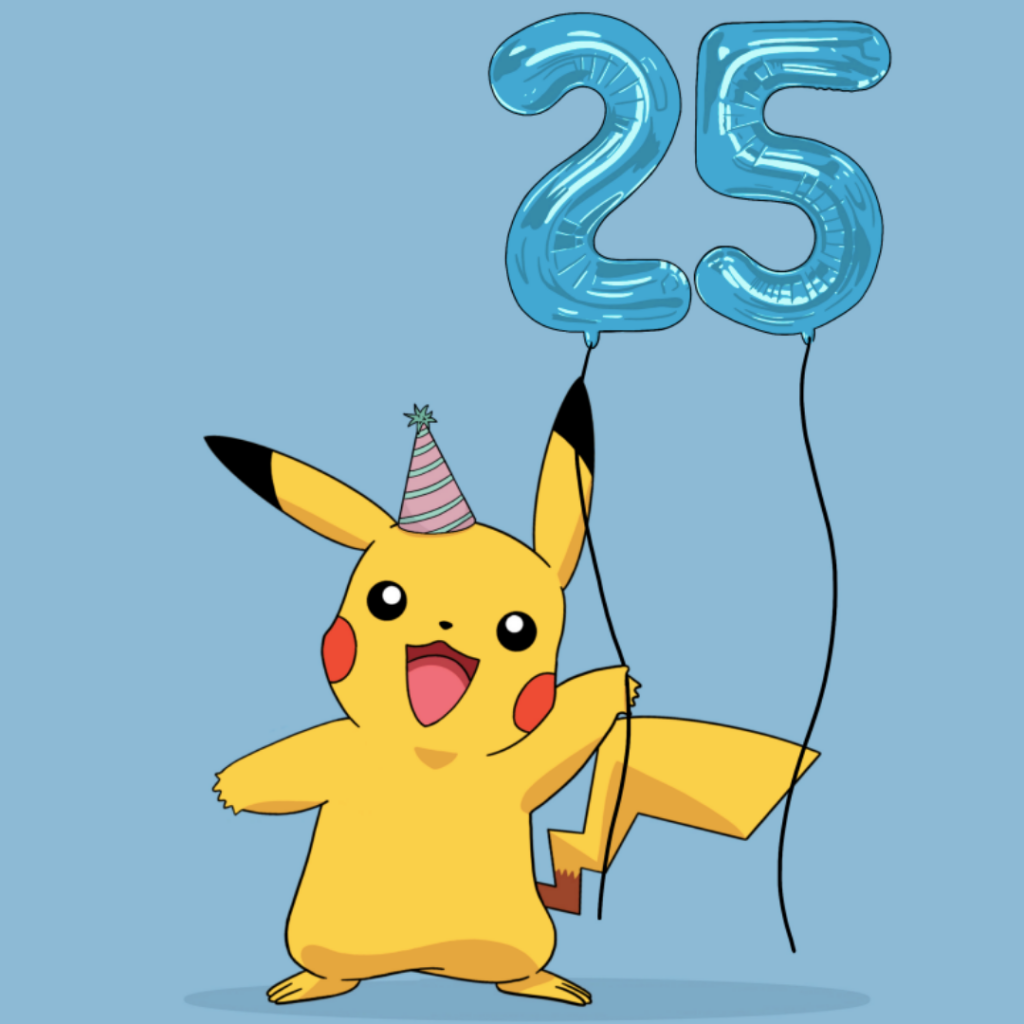 Phenomenon is an understatement when it comes to Pokémon. This video game/card game/collectible/TV show/manga/movie franchise has shaped an entire generation and will continue to do so in the future. It’s hard to believe that the first Pokémon game came out only 25 years ago, but what an inspiring and fun 25 years it has been.

Though it’s been a few months since Pokémon’s official birthday, the celebrations have continued throughout the year. From in-game events to musical partnerships with Katy Perry, Post Malone, and more, The Pokémon Company definitely went all out to celebrate such a monumental and beloved franchise’s longevity.

But how did it all start?

The inventor of Pokémon is Japanese man Satoshi Tajiri. In 1982 when he was only 17 years old, he and his friend, Ken Sugimori, started a gaming magazine together called “Game Freak.” After seven years running the magazine, the pair decided to turn the magazine into a gaming company and started releasing their own games. These games did well with the public but did not even graze the top of the iceberg that would come to be Pokémon.

In the 1990s, Tajiri decided to make a game based on bugs, which was another of his passions. As a child, he explored outside in search of bugs and tadpoles. One of his dreams was to grow up and become an Entomologist, a person who studies bugs. He pitched the idea to Nintendo, who were originally hesitant, but ultimately agreed to make the game called “Pocket Monsters”.

Tajiri and his friend Sugimori worked on this game together. Sugimori illustrated the original list of 151 Pokémon that we all know and love. The creation of the game was rocky, and many people stopped believing in the project along the way, but on February 27, 1996, Pocket Monsters was released for the Gameboy in Japan. The very first Pokémon game was actually two games: Red and Green. These two different game versions went on to sell millions of copies. They were released in the US in 1998 and the UK in 1999 with massive success. These international releases brought about the iconic name change to Pokémon.

Since this monumental pair of games, Pokémon has spanned six different gaming consoles and will most likely continue to be adapted to future consoles as well. The original region of 151 Pokémon has expanded to eight regions with 898 different species and counting.

With the rise in popularity came the Pokémon trading cards, first printed in 1996. After the trading cards blew up, Pokémon card tournaments started where trainers could get together and battle it out face-to-face. There is now even a world championship tournament for Pokémon card players.

Since then, more than 30 billion Pokémon cards have been printed. With the monumental success of both the video and card games, it was only a matter of time before the creators decided to branch out again into another medium. The animated TV series was created and released in Japan in 1997. From 1997 to today, there have been 23 different TV series and 23 animated movies, plus the most recent live-action installment, “Detective Pikachu” starring Ryan Reynolds.

In the summer of 2016, the instant phenomenon “Pokémon GO” dropped. The game was technologically ground-breaking and has been downloaded over one billion times. It remains one of the only games of its kind.

But they didn’t stop there, with new games being released in 2021 for the Nintendo Switch as well as a year’s worth of anniversary celebrations, Tajiri, who is still the president of the video game developer “Game Freak,” is not slowing down any time soon.

To celebrate the 25th anniversary, the franchise has brought us quite the list of collectibles and experiences. There is merch that has been and will continue to be slowly released throughout the year, including collectible cards, movies, books, toys, Funko Pops, gaming accessories, clothing, figurines, stuffed animals, posters, home decor, and even a hyper-realistic electronic Poké Ball.

There are also global events taking place, such as the epic Post Malone Pokémon concert that happened virtually in February, proving that celebrities enjoy Pokémon, too. Katy Perry gave her love to Pokémon with a themed music video to her new song Electric that premiered in May. Other incredible musicians also came together to create a Pokémon-themed EP that’s available now. Around that time, General Mills and Mcdonald’s had their Pokémon promotions. Even Levis put out celebratory products, and those aren’t even close to the only brands to do so.

Plus, for the avid Pokémon video game players, the in-game events have been outstanding. We can only hope for another 25 years to come.

Laura Westcott has a BA in professional writing with a concentration in publishing and editing from MSU. She is an editor, artist, storyteller, and published comic book illustrator. In her free time, you can find her knitting, bingeing “Schitt’s Creek” over and over again or so enthralled in a book that she hasn’t looked up past the pages in hours. If you’d like to follow her art journey, you can find her @laurasartspace on Instagram.