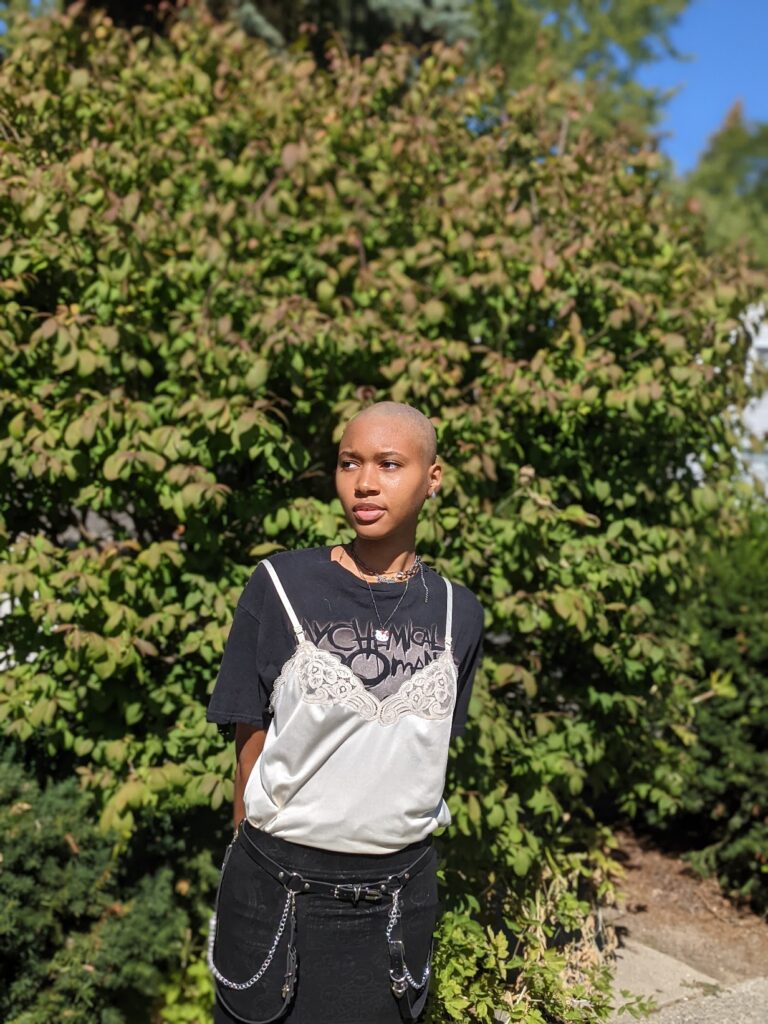 Americans have continuously stereotyped alternative fashion as weird. In most pop culture movies, there is a character that dresses alternatively. This character is portrayed as strange and scary towards the audience and is bullied by other characters.

In “The Breakfast Club,” the main character Allison Reynolds is instantly deemed strange and unlikable because of her dark alternative style. She only becomes beautiful to others when she changes her appearance to soft and feminine.

Janis Ian from “Mean Girls” is also demonized by the main antagonist Regina George for her alternative style. These characters are marked as undesirable and forced to conform to receive respect. These ideals are toxic towards the alternative fashion community and those who want to experiment with their clothing style.

Harper Finkle from “Wizards of Waverly Place” was consistently teased for her alternative fashion throughout the show. Unlike Allison Reynolds and Janis Ian, Harper’s fashion was bright and quirky.

Regardless of the type of alternative fashion, characters were still bullied and disrespected for sticking out. In “The Breakfast Club,” Allison wore Claire’s clothes and changed her makeup and hair to become palatable. In “Mean Girls,” Cady Heron dressed like the main antagonist Regina George to become her best friend.

In both movies, the characters that dressed like the popular girls became a popular girl. Both characters conformed to become acceptable in their social environments. These characters quickly realized that there are consequences to nonconformity.

When asked how he is treated differently when dressed alternatively, Michigan native Theo Katona said, “Usually when I dress ‘alternatively,’ aka queer, aka myself, I am either honored or insulted … They say it as, ‘Oh wow, I wish I could wear that, but I could never,’ or they say, ‘You look so cool,’ as they look me up and down.”

Michigan State University senior Aryeh Lowe said, “Yeah, I’d say I’m treated most shittily by people who slut shame me.” When asked if other people’s reactions to their appearance affected how they view themselves, Lowe said, “ It doesn’t really affect me, tbh. I don’t really care much about how people see me.” Katona said, “Not at all.”

When asked if he sees a lot of people that dress like him, Katona said, “Not here.” Lowe similarly said, “Yeah, there’s not many people in Lansing who dress well at all.” When surrounded by people that dress alternatively, Lowe said, “I feel affirmed when I am around people who are dressing in a way that expresses their identity, but that is rare.”

The rarity of alternative fashion in media also affects what type of products are sold in stores. Recently in America, Sanrio has been rolling out their newest collection of  “Hello Kitty & Friends” merchandise. However, many noticed that a popular character was missing from the lineup.

Kuromi is a punk/goth character wearing a hat with a pink skull and a tail with a pointy end. She is most famously paired with her softer alternative bestfriend My Melody. My Melody dresses on the opposite end of the alternative spectrum, wearing all pink and a flower in her ear.

These two are almost always paired together when Sanrio releases merchandise. However, for the recent “Hello Kitty & Friends” U.S. release, My Melody is present and Kuromi is nowhere to be found. But another alternative character present is Badtz Maru.

Badtz’s appearance is much more subtle than Kuromi’s. The only alternative thing about his style is his spikey hair and the fact that he’s black. He doesn’t sport skulls on his forehead, or have a pointy devil’s tail like Kuromi.

Perhaps Badtz’s style is more palatable for the American audience. Or maybe his character is more popular. Either way, one can’t deny bias against those that dress outside of the norm.

Whether from a long history of discrimination in movies and television shows, or the desire to fit in with the majorty, alternative fashion continues to be discouraged. The media sends a message that they want conformity. Because of these consistent messages that alternative fashion is bad, society will continue to discriminate against and bully those who dress differently.

When you see someone who dresses differently than you or your friends, think carefully about why you react the way that you do. Think about why you care so much about how someone else dresses and how their style is affecting your life. Chances are, your initial reaction is a result of unconscious bias from the media you’ve absorbed.