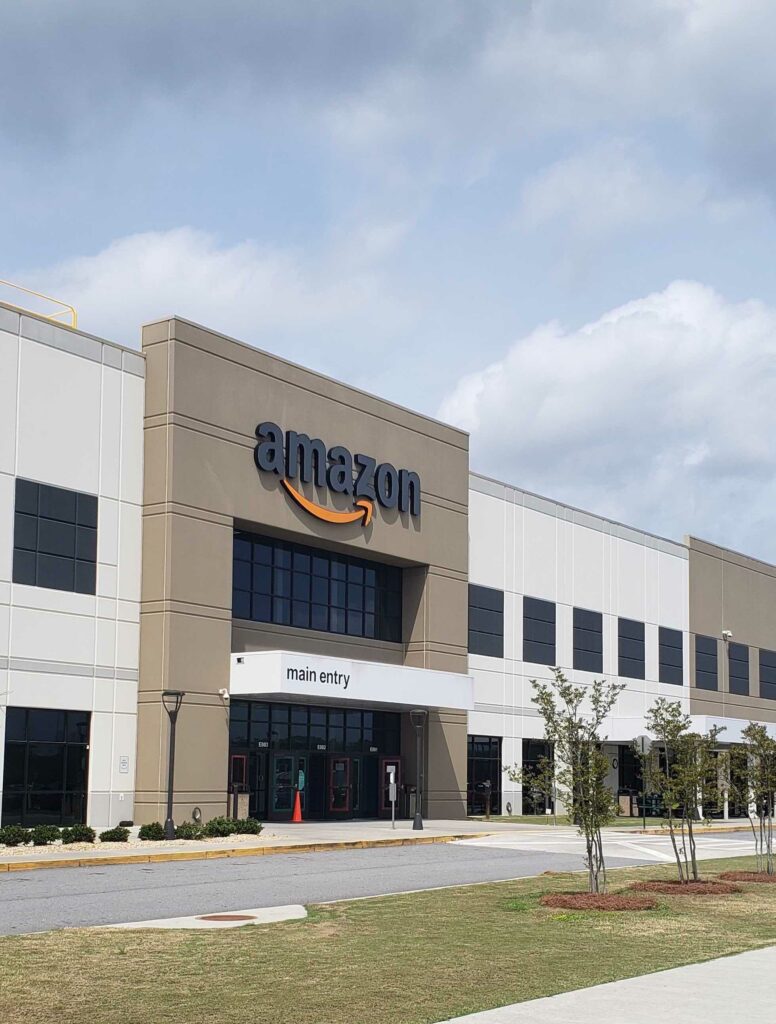 Amazon is far and away the biggest name in online shopping in American households. It has grown even more popular during the pandemic due to its low prices, convenient shipping and massive range of products for sale without leaving the house. It has grown, in part, because of the Amazon Prime subscription service that charges consumers a monthly fee for access to free one-to-two day shipping as well as streaming platforms. Amazon’s convenience is undeniable, but few consumers are aware of the scope and scale of what happens behind the scenes to make the corporation’s online empire possible.

“The average customer may take for granted what it takes to get a package delivered in a day or two, or the amount of people and systems who are working together, and the care that is taken,” said Former Amazon Area Manager Michael Smith* of his time with the corporation.

Amazon’s services rely on a workforce of over 1.2 million people doing consistent, rigorous labor, according to Statista. Two-day shipping may be a simple click away for the consumer, but for employees like Smith, it requires countless hours of difficult work. The labor required of Amazon’s workers is often repetitive and physically demanding.

L Ruhland worked as an inductor at an Amazon Fulfillment Center for six months in 2020. During her nine-hour shifts, she put labels on packages and placed them into tote bags. Ruhland rarely spoke to anyone on her shifts and said the work was monotonous and isolating.

“Working there made me feel small in the world,” said Ruhland. Ruhland’s experience is reflective of the negative psychological impact of working long shifts doing robotic work.  The impact of Amazon’s convenience reaches beyond the working environment in warehouses to the larger economy in a frightful way.

Professor Sarah Gibbons is a professor at Michigan State University in the department of Writing, Rhetoric and American Cultures who studies the impact of Amazon’s business practices on the book publishing industry. Gibbons explained how Amazon started as a book retailer, and ultimately used books as their “loss leaders,” selling them below market price to attract consumers. Amazon’s inexpensive books became so ubiquitous that brick and mortar bookstores selling at market prices were either forced to close or continue to struggle desperately to stay afloat.

This under-pricing of products is a strategy Amazon employed across industries, forcing a wide range of retailers to make up the loss margins on their product’s low Amazon prices. This approach to pricing makes for cheap, convenient products that benefit consumers, but ultimately hurt small, independent businesses who simply cannot compete with Amazon’s scale or convenience.

Amazon’s customer-centric business model values profit above all else, masking this motivation as benefiting the consumer while forgetting the cost to the worker. This contributes to what Gibbons calls late-stage capitalism. Late or late-stage capitalism is an economic theory commonly used to refer to the current economic situation in the U.S. It is marked by extreme income inequality between the wealthiest one percent and the rest of the population, monopolistic control of the economy and a lack of social safety nets for people.

Amazon is the pinnacle of late capitalism; its founder and executive chairman, Jeff Bezos, is the wealthiest man on Earth, valued at over $214 billion as of July 2021, while Amazon workers make $15 an hour doing menial labor. It’s worth noting, too, that when this article was originally drafted in April, Bezos’ net worth was at $196 billion. While the world at large continues to cling to livelihood in the face of the pandemic, Bezos hoards more and more wealth.

It should be noted that Amazon’s $15 minimum wage is significantly higher than the federal minimum wage of $7.25 an hour. This relatively high wage for a job that doesn’t require higher education makes Amazon an attractive workplace to many. Ruhland sought out her Amazon job for the high pay, and even said that the workplace felt safer and cleaner than other manual labor jobs she’s had.

However, even with these increased wages, many workers are still struggling to get by. Smith said most of the associates he managed were working full-time jobs elsewhere, working multiple part-time jobs or were parents working third shift to make ends meet. Amazon offers comparatively good wages, but the fact that many employees are forced to work multiple jobs on top of their long, physically demanding Amazon shifts is indicative of larger social and economic problems within the U.S. While Amazon’s wages are significantly higher than those mandated by the federal government, their employees still consistently fall below the poverty line or need other jobs to supplement their income.

The economic struggles faced by many connect back to the late capitalist landscape, which has been (and continues to be) molded by Amazon. The corporation is worth over $1 trillion and is building a monopoly across industries. It hosts millions of items in its online marketplace, owns brick and mortar store Whole Foods and online retailers and platforms including Zappos, Twitch, Goodreads, IMDB and many more. On top of its retail holdings, Amazon also operates Amazon Web Services (AWS), a massive cloud-hosting platform that supports over 16 million websites worldwide. They also own and operate streaming platforms including Amazon Prime Video, Amazon Music and audiobook leader Audible.

Amazon owns so much of the current economy and holds so much power that they practically write the rules of the economy. They hold power over a 1.2 million person workforce, determine retail prices and work to steer the economy to place consumer convenience above worker welfare and ethical practices. Their convenience capitalism determines consumer expectations for products and services and, in doing so, determines the experience of workers and the success of competitors.

Amazon’s reach in the market is so pervasive that snubbing it completely is no easy task. Ruhland and Gibbons, who were both critical of Amazon, still use their services. Ruhland is a filmmaker and hosts her films on Amazon Prime, and would even consider working at Amazon again for the wages. Gibbons, despite believing Amazon negatively impacts small businesses and workers, still shops using Prime and subscribes to their streaming services. Boycotting Amazon is not easy, or necessarily even possible in the modern consumer and media landscape. Amazon’s range of services and companies are so ubiquitous that even the most adamantly opposed consumer probably uses at least one of Amazon’s services, whether they know it or not.

Smith offered a different perspective on Amazon, valuing their consumer-oriented mission. He said “it was an exciting place to be a part of because they care about customers probably more than almost any other corporation cares about customers.” As a manager he implemented these values by encouraging associates to treat packages as though they were birthday or anniversary presents, making the work and consumer attention feel all the more meaningful. He remains an Amazon Prime member and understands the work, time and effort that goes into delivering packages.

Whatever consumers believe about Amazon is grounded in the fact that this corporation has saturated the economic landscape with cheap prices, widespread business holdings and convenient shipping. Amazon’s scale makes its products easy to mindlessly consume. The allure of seemingly everything and anything merely a click and a two-day ship away is a modern siren song. This convenience is easy to enjoy without ever thinking about its larger impact on the economy, small businesses or workers. Shopping at Amazon is an individual choice, but it is important to understand the massive economic systems that lie behind Amazon’s success. With more knowledge, consumers can choose how they want to shop and who they want to support and maybe play their own hand at setting the tone of the market.

Jennifer Bell is a third year undergraduate studying professional and public writing. She works as a writing consultant and the undergraduate media coordinator for the Writing Center at MSU. When she’s not working, Jennifer can be found listening to podcasts, wandering the outdoors or escaping into a book.