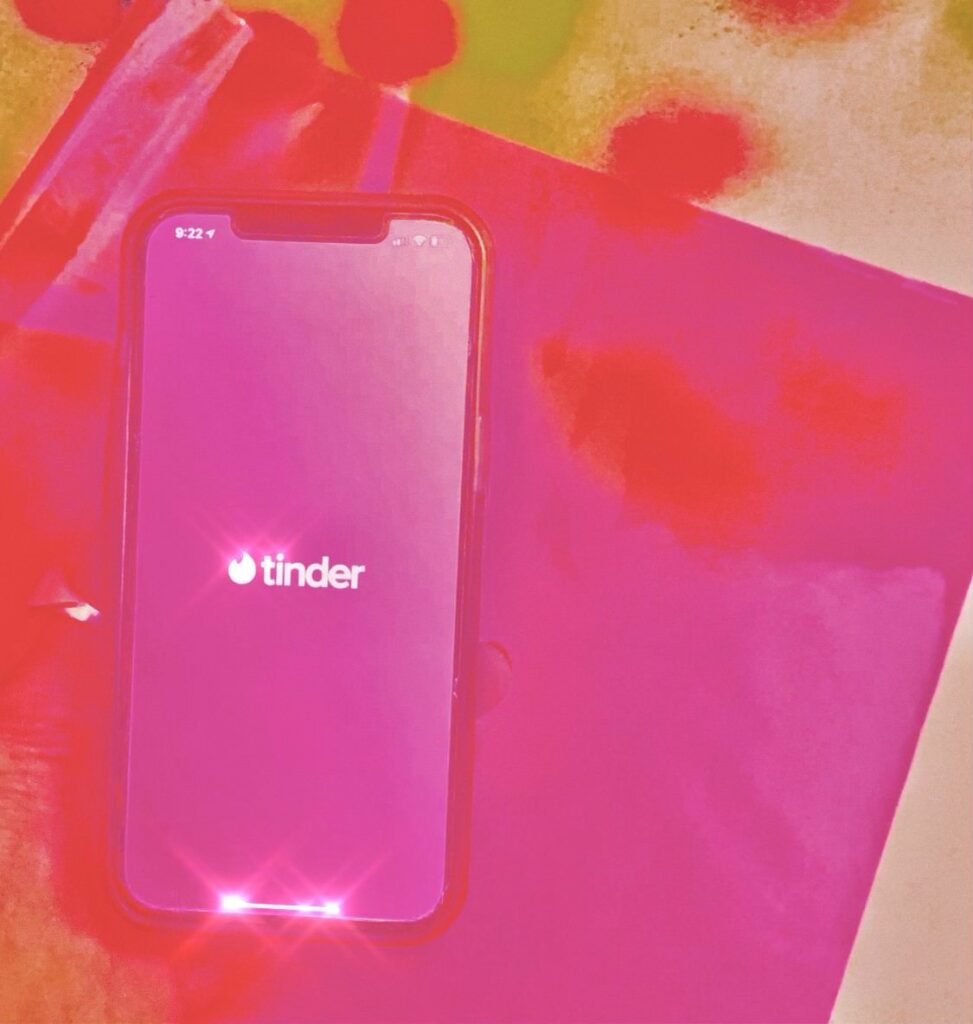 Modern dating is simple: download an app, swipe right on someone, go out for cheap margaritas at a local Mexican restaurant and fall in love over complimentary salsa. The rest is history … or maybe not.

Somewhere between downloading Tinder and having 10 “Hey cutie” messages lingering in inbox purgatory, dating digitally went from casual and lighthearted to compulsory and exhausting. Now, you find yourself audibly groaning at an innocent person who just wants to find the “Pam to their Jim.”

Since the inception of dating apps in the mid-2000s, the landscape of finding love has altered drastically. A study by Stanford sociologist Michael Rosenfeld found that around 40% of heterosexual couples and 60% of same-sex couples found their partner through a dating app. Just decades ago, people had to pine after a partner through mutual friends, newspaper ads and VCR recordings. Now singles swipe through dozens of people a day, profile pictures blurring together and biographies indistinguishable.

Despite the fact that a majority of single folks are finding love through dating apps, the process of dating digitally has become strenuous. Now it’s necessary to sift through singles posing shirtless and people who only include their height in their bio. When did dating apps make dating difficult?

On the surface, dating apps are a prime piece of utopian technology. Ideally, users get to choose the most compatible partner from a large pool of attractive people. Another positive is that there’s an app for everyone. Tinder is renowned for casual hookups; Grindr is for queer men; Hinge is used by those looking for a serious relationship; Her is for queer women; WooPlus is used by plus-size singles; Bumble is for women who prefer to send the first message. No matter what someone’s looking for, there’s an app to help them find it.

There’s no doubt that dating apps have made it easier for singles to connect with others. The question is, are these connections authentic?

Like any respectable research method, polling Instagram followers provided honest and insightful reflections on modern dating. The 75 survey respondents were all young adults ages 18-25 who vary in sexuality and gender identities and use dating apps.

One of the chief observations noted in the survey was that dating apps are superficial. Some view this as a positive thing, such as one respondent, Claire*, who noted that she was able to “filter through people [she’s] not attracted to or interested in quicker before [she] invest[s] more time.” Others, like Connor* noted the opposite, saying that “dating apps feel so vain. Everyone only cares about looks.”

Of course singles are judging people’s appearances — they want to be physically attracted to the person they’re going on a date with. It’s worth asking, however, if this judgement is detrimental to forming an authentic connection with someone.

Encountering hundreds of profiles a day also exacerbates the “paradox of choice,” which states that having a variety of choices seems beneficial, but ultimately makes decision-making more difficult. Let’s say you go on a date with someone and it goes well — they make you laugh and you have tons in common — but the shirt they wear is “Fashion Police” worthy. Why give it a chance when you could find someone whose t-shirts don’t repel you?

The willingness to dispose of a connection based on trivial qualities creates a dating culture wherein people endlessly search for an archetypal “perfect partner,” essentially turning dating apps into slot machines. The question remains: if people are searching for unattainable perfection, are their connections authentic?

The topic of authenticity dovetails another prominent complaint from the survey: people using the apps don’t have genuine intentions. Many become entwined in “hookup culture,” a phenomenon “that accepts and encourages casual sex encounters, including one-night stands and other related activity, without necessarily including emotional bonding or long-term commitment.” It’s a common concept among Millennials and Gen-Zs.

Dating apps make it especially hard to decipher who is looking for something serious and who wants to engage in hookup culture, as people often don’t explicitly state this information. One survey respondent, Alex* said, “It’s increasingly difficult to weed through people on the apps who just want sex. No one is going to come right out and say they just want to hookup, so you often find out the hard way.”

Based on survey responses, which showed that 72% of people think dating apps hurt our love lives and only 28% think they help, it’s clear that users believe the apps are causing more damage than they’re worth. One respondent, Tara,* described an incident in which she matched with and briefly dated a man who was secretly in a relationship.

“I eventually found out about his relationship through social media. It really sucked, especially having to tell his significant other,” Tara said. “It makes me wary about using dating apps now, and I’m not sure if I can trust the people on there anymore.”

Tara’s experience might be uncommon, as a majority of dating app users aren’t in monogamous relationships, but her encounter is a cautionary tale for single folks using the apps hoping to find a genuine connection.

Superficiality and hookup culture aside, the question remains: are the connections made on dating apps authentic? But maybe the question should be if these connections are supposed to be authentic. When dating apps are designed like slot machines, do users expect strangers, or even themselves, to be genuine? If the dating world isn’t scarce — and the 44 million online dating users in the U.S. prove it isn’t — are they surprised when they’re itching to give the slot machine another pull?

Dating apps have become the prominent pathway to finding a partner, and with any major evolutionary shift, our social structures are morphing alongside the change. Dating apps are cemented in our culture, and it’s time to reframe our expectations of what these services offer. The question is no longer about whether or not the apps generate authentic connections. The question is if these apps were ever designed to do that in the first place.

*indicates a changed name of a survey respondent for anonymity.