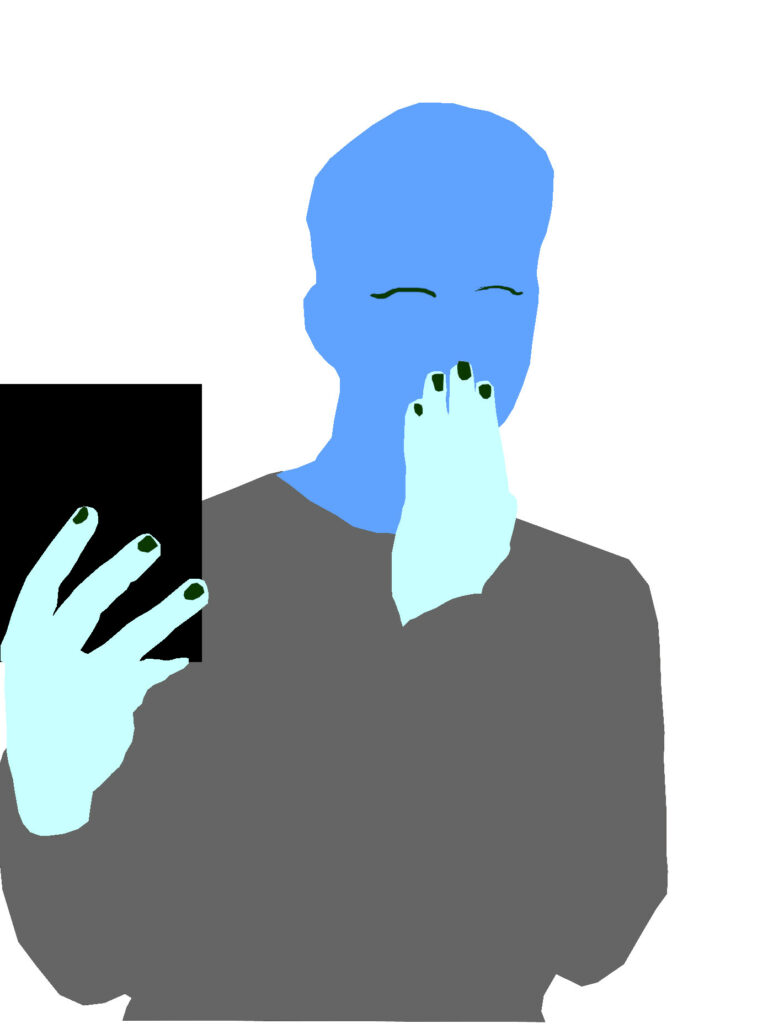 Men wearing makeup isn’t a new thing; from Ancient Egypt to Revolutionary France, there are many examples of men who wore makeup. And though it has been around for a long time, it seems that it is becoming more acceptable in today’s society.

In 2016, CoverGirl announced their first CoverBoy, the then 17-year-old YouTube sensation, James Charles. CoverGirl chose to represent its brand, unsurprisingly, with women for years. The decision to announce a CoverBoy was a bit of shock for its audience.

Other companies have started to represent men in makeup. Now, it isn’t hard to find ads that specifically target men, including those that are more traditionally masculine. An article from LA Magazine boasted about a new makeup brand that claimed to make makeup for a “tougher” audience.

Joel Stein, in an article for Iamag.com, said, “This is makeup you can talk shit to in the locker room and not worry about getting canceled.” He later, apparently, feels the need to point out that his guy friend who knows about makeup is, in fact, straight.

So, what’s causing this rise in acceptance towards men wearing makeup?

It’s no secret that younger generations, including Gen Zers, have been influential in the fight for more gender inclusivity with 50% of them saying that traditional gender roles are outdated. And because of this, many young men have felt more comfortable and open to breaking gender norms and normalizing wearing makeup.

This global shift goes beyond Generation Z and their influence on pop culture as it has existed in cultures outside the United States for quite some time. It’s no secret that South Korea has normalized men wearing makeup far more than in the United States. The popularity of K-pop bands like BTS has shown that Americans aren’t exactly put off by the look.

And of course it is worth noting that male musicians have been wearing makeup long before BTS became an international sensation. David Bowie, Marylin Manson and the members of KISS are all famous musicians whose looks were, and still are, strongly associated with makeup. Perhaps the rise of men wearing makeup was inevitable.

But the change has certainly accelerated in recent times. Up to a third of men may be regularly wearing makeup in the near future. And it’s not hard to see the changes. Keep an eye open for someone who is masculine presenting but wearing nail polish on campus. It shouldn’t take you long to spot someone.

What should we take away from this change? Is this a victory for those who champion equal rights?

Well, for those who identify as feminists, it’s tempting to sit back and see this as a win for gender equality. And to be fair, it is. A, seemingly, long standing barrier that defined gender expression is crumbling before us in real time.

A rising men’s makeup market could certainly bring about some positive changes in the world and society’s views on makeup. Perhaps as it becomes more common for men to wear it, the time and artistry proper makeup requires could become more respected by all. And as it becomes more normalized, women in the workplace could face less pressure to constantly wear perfect makeup.

There’s a distinct possibility of currently existing makeup brands introducing new male specific items and perhaps creating a “blue tax,” meaning they might charge more for makeup made for men that is basically the same as the women’s. While this wouldn’t inherently be good, this hypothetical shift could be the kind of thing to make men realize the severity of the already existing pink tax. New powerful movements to abolish these sexist standards could be more normalized.

And of course, more men wearing makeup is more men who feel comfortable expressing themselves however they want. And that’s always good.

However, despite all the positives, this isn’t a complete and total good. As mentioned earlier, there are already new makeup companies that want to attract men but aren’t afraid to rely on old sexist stereotypes to do so, ideas of men being more “rugged” or having dirty conversations in the locker room.

It’s worth remembering that men have been wearing makeup for thousands of years.

The specifics of how we express gender shift over time; they always have and they always will. However, that hasn’t stopped toxic ideas from spreading before. Men used to wear makeup, and some of those men were totally okay with treating women like lesser beings; there’s no reason to assume that can’t happen again.

So, if you’re a champion of gender equality, celebrate this victory and be ready for the next battle.