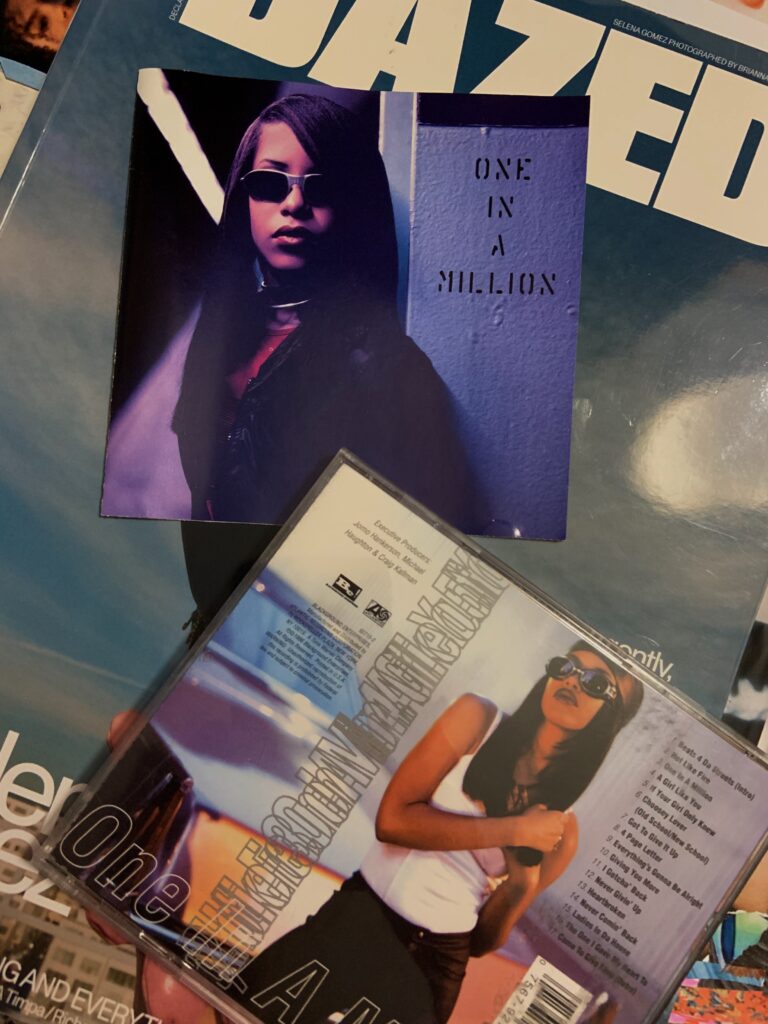 Nearly 20 years after Aaliyah’s untimely death, the groundbreaking R&B singer’s full music catalogue is now available on streaming services. After much anticipation, fans can finally access the “One in a Million” and “Aaliyah” albums online—but many are still wondering what took so long.

Aaliyah Houghton was only 22 years old when she died in a plane crash in 2001. As a rising star in the music industry, her legacy was cut short by her passing. Nonetheless, within the seven active years of her career, Aaliyah left a profound impact on the R&B scene.

Her career began at just 15 years old with the release of her first studio album in 1994, “Age Ain’t Nothing but a Number.” This album produced two Billboard Hot 100 top-ten singles, “Back & Forth” and “At Your Best (You Are Love).” Although this album appeared to be Aaliyah’s first step into the spotlight, her stardom started blossoming behind the scenes a few years prior.

Aaliyah’s uncle, Barry Hankerson, was married to Gladys Knight, which opened a door of opportunity for the young singer. At the age of 11, Aaliyah performed for five nights in Las Vegas with Knight. At the age of 12, Aaliyah would go on to sign with Hankerson’s record label, Blackground Records, and later produce her first album with the help of disgraced R&B star R. Kelly.

In the same year that “Age Ain’t Nothing but a Number” launched, Aaliyah was also secretly married to Kelly. This illegal marriage was a key event in the sex-crimes case facing Kelly, who was recently found guilty of charges including sexual exploitation of a child, bribery, racketeering and sex trafficking involving five victims. In the case of his marriage to Aaliyah, prosecutors allege that Kelly “bribed an Illinois government employee in 1994 with $500 to obtain a fake welfare ID.”

In 1996, Aaliyah’s marriage to Kelly was annulled. Despite the controversy surrounding Kelly, the only album of Aaliyah’s that was made available on streaming services was “Age Ain’t Nothing but a Number,” which was jointly produced by Blackground Records and Kelly’s label, Jive. Due to its shared ownership, this album remained part of Jive’s catalogue through Sony music and was still available to stream.

Aaliyah’s death came at a time when the music industry was starting to evolve, with CDs and vinyl giving way to digital streaming. Blackground Records, which released “One in a Million” and “Aaliyah,” didn’t keep up with the digital wave, and as their output slowed, the bulk of Aaliyah’s music became invisible.

Fortunately, Aaliyah’s lost music has come back into the spotlight thanks to a partnership Hankerson secured with EMPIRE, an independent Bay Area-based record label. Through the collaboration, the entire Blackground catalogue will be available to stream for the first time ever. This catalogue includes not just Aaliyah’s work, but also 17 other albums by the likes of Timbaland, Tank and Toni Braxton.

It’s still not entirely clear what took Hankerson so long to release Blackground’s full catalogue. Aaliyah’s career was largely a family affair, with her uncle running the record label and her parents co-managing her career. Her death inevitably caused fractures in the family dynamic. Hankerson noted that he was waiting for the green light from Aaliyah’s mother to release the albums, although this statement is under some dispute.

In August 2020, a statement released on the singer’s Twitter account finally delivered some clarity, noting that her estate is “excited to announce that communication has commenced between the estate and various record labels about the status of Aaliyah’s music catalogue, as well as its availability on streaming platforms in the near future.”

A year later, in August 2021, Aaliyah’s full catalogue was released on streaming services. The release marked an important milestone for Aaliyah’s legacy, one that was previously stifled by her missing music. “One in a Million” and “Aaliyah” offered a new sound for the singer, which was separated from her work with Kelly.

On these two albums, Aaliyah worked with powerhouse producers and songwriters Timbaland and Missy Elliot to produce hits like “One in a Million,” “If Your Girl Only Knew,” and “We Need a Resolution.” With Aaliyah’s smooth and textured voice and Timbaland’s obscure sound effects and stuttering drums, the singer achieved a new sound altogether—one that laid the groundwork for R&B artists for decades to come.

After an interminable wait for R&B’s princess to return to the masses, Aaliyah’s homecoming is celebrated by many. Her footprint on the music industry is undeniable, as samples of her sound reverberate on modern hits like Kendrick Lamar’s “Blow Your High” and Drake’s “Unforgettable.” With a legacy as long standing as Aaliyah’s, it’s only fair to feature the full range of her artistry—a soulful, smoky and seductive voice that transcends time.