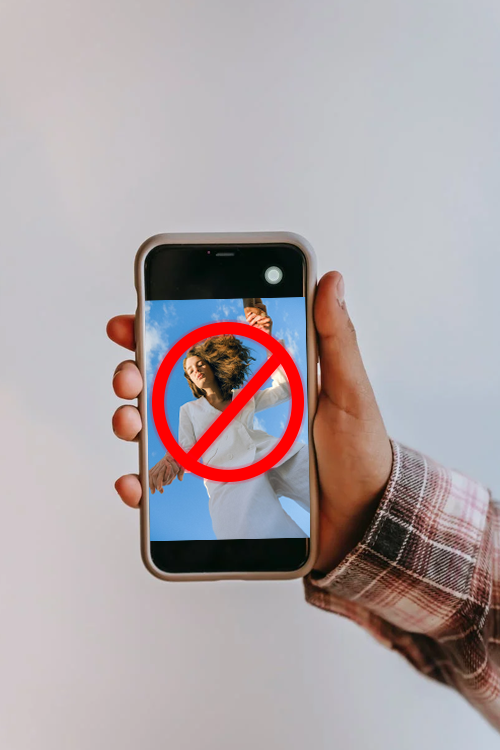 The world is moving faster than ever before. Technology and social media provides users with instant access to infinite content. It has never been so easy for an average person to access such a large captive audience with minimal effort or preparation. Although platforms like TikTok and YouTube offer some people fame overnight, it can be taken away just as quickly.

The phrase cancel culture, and the act of canceling, finds its roots in Black Twitter but is now used universally. The idea behind this term is that anyone or anything living in the public consciousness can be cancelled in a way similar to canceling a contract with their phone company. The phrase originally applied to public figures like celebrities and social media influencers, but it’s since permeated into politics, economics and everyday life.

Dr. Anastasia Kononova is a professor of advertising at MSU who discusses the concept of cancel culture in her classes.

“The scope of ‘canceling’ was relatively small before social media emerged and helped amplify it. Now information about actual or perceived injustices can be spread around the world in seconds, which makes the effect on individuals and organizations much stronger,” said Kononova. “The idea behind ‘cancel culture’ is a noble one, especially at the time when social institutions, such as legal systems and media, are losing authority and public trust. We, the public, have the means to collectively mobilize online and bring attention to or correct harmful thinking and actions.”

People can be cancelled for anything. However, it’s debatable whether or not certain actions have warranted the consequences they’ve elicited. Some public figures have indubitably deserved it, like producer Harvey Weinstein, whose career was effectively ended after testimonies of his harassment and assault of women were brought to light. YouTube stars like Shane Dawson, Olivia Jade Loughlin and Logan Paul were cancelled for participation in illegal or incredibly inappropriate activity including pedophilia and blackface, the college admissions scandal, and graphic content of a man who had committed suicide, respectively.

All of these stars (and many more) saw their following decrease drastically, lost most or all of their brand deals and received the fan backlash that their actions likely warranted. However, all three of these YouTube personalities have bounced back from being cancelled and—with the exception of Dawson, whom YouTube has blocked from earning ad revenue indefinitely—continue to make massive earnings. Paul currently has 22.9 million YouTube subscribers and makes about $22 million each year through hosting social media and live events, according to eBiz Facts.

Many stars have been cancelled so many times, it’s easy to lose count. For example, beauty guru James Charles has been called out countless times for a variety of reasons ranging from racist tweets, queerbaiting, criticizing celebrities and grooming underage boys. These allegations are all detailed in the Vulture article “A Complete Timeline of the James Charles Allegations and Controversies.” Charles has lost brand deals and opportunities throughout his three years of scandal, but he still has 25.6 million YouTube subscribers and makes an estimated $8.8 million a year according to NailBuzz.

“When posts are shared millions, or billions, of times, context withers away,” Kononova said. “At the end, we see an accusation without any context provided. It just becomes ‘uncool’ to be associated with a ‘canceled’ individual or organization. This type of ‘canceling’ leads to a lack of a dialogue where we fail to ask the questions of why and how someone said or did what they said or did.”

So what is cancel culture really accomplishing? Is it truly holding people accountable?

It doesn’t seem like it. If a celebrity like Charles can boast a growing timeline of scandals with 28 current entries and still have a successful YouTube channel with more subscribers than the entire population of Australia, what lesson is he really learning? That he can do bad things, get cancelled, and end up all right in the end? It seems as though cancel culture doesn’t truly hold people accountable. Especially those with massive followings.

Sometimes claims for cancellation, which usually aim to end someone’s entire career, are often a bit of a stretch. For example, TikTok stars Charli and Dixie D’Amelio were attemptedly cancelled after posting a YouTube video where a chef, and long-time family friend, prepared the sisters gourmet food including snails. Dixie gagged on her snail and spit it out while Charli claimed she’d rather eat dino nuggets. Their behavior was insensitive and inappropriate, but it also led Charli to break down in an Instagram Live where she discussed the video’s resulting comments telling her to kill herself.

Now, anyone can debate whether the D’Amelio sisters deserve their fame. But for a video intended to be humorous, which at worst was disrespectful, they don’t deserve to be told to kill themselves. What did that accomplish? And how does someone gagging on a snail, or even doing something worse, justify an action as cruel and malicious as a death threat? Imagine the backlash D’Amelio would have received if she had messaged someone telling them to kill themself. The general public can bash and ridicule celebrities and influencers, but they aren’t allowed to do the same. Why hold influencers to such a standard?

Influencers Jaci Marie Smith and Chelsey Curties are the co-hosts of “What We Said Podcast,” and in the episode Internet Trolls & Cancel Culture, they discuss their experience with receiving criticism simply for being in the public eye. Smith shared the example of getting cruel messages and hate after posting an Instagram story with a book quote she enjoyed. Smith was unaware that the author had been accused of plagiarizing his content, but her followers were very vocal about their disappointment in her. “I just can’t post anything at all without getting [hate] … Somehow people will find something bad about it,” Smith said.

Curtis elaborated that they aren’t advocating for an end to constructive criticism, but for simply treating people kindly. “We’re not trying to be like, guys we’re so fragile, be nice to us,” Curtis said. “But you are not going to get anything across to people if you come across hateful… It makes you a less happy person to be carrying the burden of assumptions and expectations for everybody,” Curtis said. Commenting hate on a post with a plastic cup, an example Smith gave, is not going to fix the environment.

“It is often a question of whether bringing attention to and achieving accountability with one individual or organization changes the system for the better or not. Does ‘canceling’ move the social change or does it divert attention from the need for institutional reforms?” said Kononova.

Yes, individuals need to be held accountable for their actions, but where do people draw the line? Cancel culture often targets influencers and can have a drastically negative effect on their mental, emotional and financial state. While celebrities often have a large enough following and net worth to roll with the punches, some are not so lucky. When someone is cancelled, it has the potential to ruin their whole life, even if they take responsibility for their actions and show growth.

Take Alexi McCammond, a journalist who started at the Washington news site Axios. In March 2021, she earned the admirable position of editor in chief of TeenVogue. Before McCammond even began her new job, she was pressured to resign after staff spoke out about racist and homophobic tweets she made over a decade ago.

McCammond is 27. As a 17-year-old, she made a series of bad decisions and chose to make tweets that mocked Asian appearances and used “gay” as an insult. What she did was wrong, and she was the first to admit that by making public apologies when these tweets initially surfaced in 2019 and publishing a long heartfelt apology to her Twitter again in March.

Criticism stems from her addressment of these tweets in 2019 as insensitive rather than racist, but she took full responsibility for her statements and addressed why they were wrong in a later statement on Twitter. Additionally, there is no other evidence or testimony of McCammond committing any other racist behavior since those tweets from 2011. But her actions as a teenager cost her a job she worked for her whole life.

So is cancel culture constructive at all if it prevents second chances? Hate speech is wrong, and teenagers are old enough to know that, but when the action is done, is there any way to make it right or at least move past it?

A quick Google search of McCammond’s recent work makes it apparent that the political journalist has grown immensely. It’s time to recognize that as awful and evil as racism and homophobia are, they are not always permanent states. People learn. People change. If someone makes an effort to learn why they were wrong, explains that they understand how they were wrong, apologizes for their actions and commits to never do it again, then there’s honestly nothing more they can do.

Cancel culture has the potential to create a connected culture of fear. A fear to express one’s thoughts at all and be wrong, a fear that prevents people from making the mistakes that allow them to learn. Although an individual’s original opinion can be wrong, ignorant and hurtful, it sometimes takes them sharing their beliefs in order for them to be taught the alternative. Even when people want to use their words for good, the fear of using the incorrect terminology or misspeaking might prevent them from speaking up at all. Making mistakes is part of growth.

That’s not to say McCammond’s tweets weren’t a mistake. And that’s not to say that breaking the law is a mistake or that anything else people can get cancelled for is a mistake. There’s a difference between hurting someone’s feelings and participating in hate speech. But why not give people a second chance if they demonstrate real growth?

It’s important to hold people accountable and be critical. Continue to call people out when need be. No one is saying to start handing out forgiveness freely, but give it when it’s been earned.