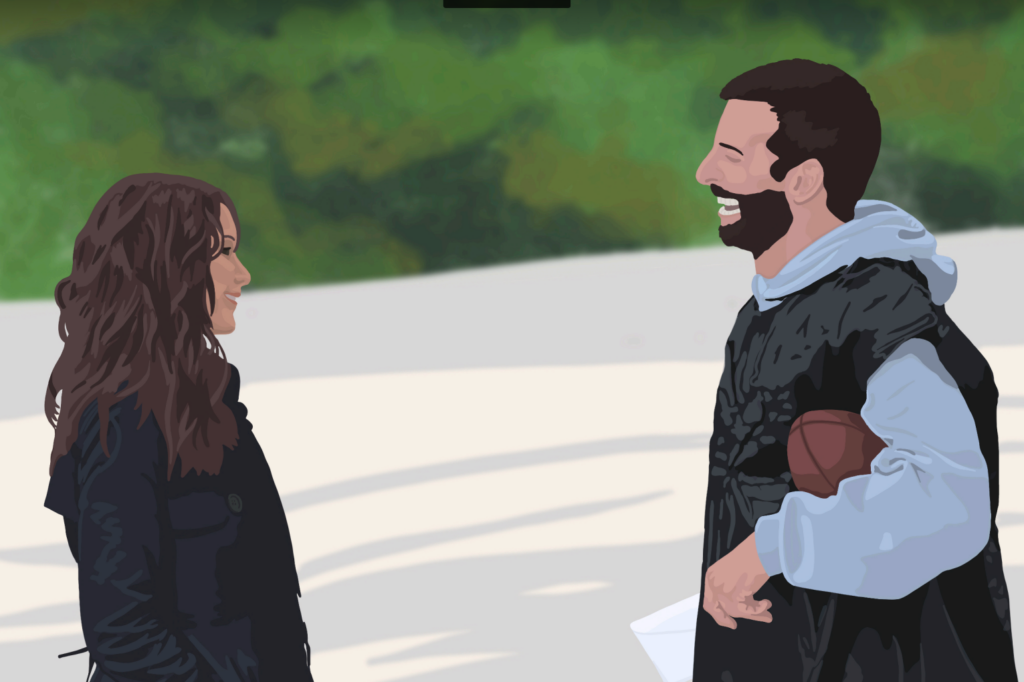 Content warning: this article discusses depictions of suicide and self-harm in media.

It’s never “just a movie.” Whether in blockbuster films, Netflix shows or other forms of media, fictional depictions of sensitive issues come with real-life consequences. For example, Netflix’s teen drama series “13 Reasons Why” had significant correlation to an increase in monthly suicide rates among youth in the U.S. after its 2017 release, according to a study conducted by the Journal of the American Academy of Child and Adolescent Psychiatry.

There’s no shortage of media that depicts highly-traumatic events, their contributing factors and ensuing aftermath. Similarly, extensive scientific research is being conducted to examine how these kinds of films and TV shows affect viewers. Many of them focus on “13 Reasons Why,” which is subject to criticism regarding its explicit portrayal of main character Hannah Baker’s death and suicide. Stories that romanticize suicide can be traced as far back as “Romeo and Juliet,” but if Netflix’s removal of the controversial “13 Reasons Why” suicide scene in 2019 is any indicator of a change in the tides, filmmakers are reconsidering how they should handle trauma in entertainment.

The increase of awareness and creative responsibility is largely thanks to advocacy groups such as Action Alliance, a nonprofit organization focused on suicide prevention. One of their “National Recommendations for Depicting Suicide” encourages filmmakers to collaborate with experts in the field and individuals with personal experience when creating entertainment that involves suicide. Additional focus points, which can be found on their website, include emphasizing the complex nature of suicide, showing characters who find help and, of course, avoiding graphic depictions of suicide methods.

When done right, movies and TV shows can have the power to deter people from self-harm, encourage help-seeking behavior and destigmatize misunderstood issues. And, though entertainment that abides by all of Action Alliance’s recommendations is few and far between, that doesn’t mean all unabiding media is hopeless. A 2020 Health Soc Care Community study found, including the negative effects “13 Reasons Why” can have on viewers, evidence exists for beneficial effects among those who watched through season two.

The story begins with Hader’s character moving in with his sister after an attempted suicide—an important plot point that coincides with Action Alliance’s guidelines. In efforts to more accurately depict suicide, the advocacy group urges filmmakers to “portray characters with suicidal thoughts who do not go on to die by suicide.” This is the reality for 90% of individuals who attempt suicide, according to Action Alliance.

Another film featured on NAMI’s list is “Silver Linings Playbook,” a curious inclusion considering criticism of the movie’s portrayal of bipolar disorder vocalized by some film critics and even doctors. In 2012, Vulture interviewed Harvard psychiatrist Steven Schlozman for his stance on the film’s portrayal of mental illness. Schlozman generally liked the film, but he identified one key flaw in the movie’s plot: Pat (Bradley Cooper) overcomes his disability through a romantic relationship with Tiffany (Jennifer Lawrence) and, of course, tango dancing. Referring to the act of falling in love, Schlozman said, “it’s not going to cure bipolar disorder any more than it’s going to cure diabetes.”

The validity of that critique, in part, depends on a somewhat debatable plot point in “Silver Linings Playbook:” whether or not Pat continued to take medication for his condition. In any case, Richard Brody for The New Yorker condemned the film’s “faith-based view of mental illness” and what he interpreted to be a challenge of the validity of  medical treatments. A scene in the movie that shows Pat’s therapist intentionally triggering him with a song—which is not a common medical practice—is cited by many critics with similar gripes. This amounts to the potential for further stigmatization of science-based mental health care.

Stigmatization is a chief concern in entertainment that portrays disability. When films like M. Night Shyamalan’s “Split” or Alfred Hitchcock’s “Psycho” sensationalize a condition that can “upset and potentially exacerbate symptoms in thousands of people who are already suffering,” according to Dr. Garrett Marie Deckel, a psychiatrist at Mount Sinai’s Icahn School of Medicine.

Whether the problem is inaccurate depictions or offensive portrayals of disabilities, there has been an influx in movies about disability in recent decades, and they’re often problematic. The Washington Post found that, since Dustin Hoffman won the Oscar for Best Actor for his work in “Rain Man” in 1988, 14 of the 27 best actor awards went to those portraying a character with some sort of disability, despite the abled actors playing them. Hollywood’s fixation on disability has the potential to spread awareness and champion oft-unsung stories, but more often than not, Hollywood falls flat on these feats.

“While most of these popular disability films surely did introduce many non-disabled people to new ideas about disability, and provided at least some much-needed representation for disabled viewers, they also perpetuated and even deepened ableist stereotypes and cliches,” Forbes’ Andrew Pulrang writes on the subject. An example of said stereotypes is “the child-like and virtuous intellectually disabled character” exemplified in Tom Hanks’ “Forrest Gump.”

Regardless of subtext in these characters, Hollywood movies about disability are often inherently offensive when an able actor is casted in a disabled role. While audiences have endured these portrayals in “My Left Foot” with Daniel Day-Lewis and Eddie Redmayne’s performance as Stephen Hawking in “The Theory of Everything,” the 2019 film “Peanut Butter Falcon” flips the script. Starring Zack Gottsagen, an actor with down syndrome, the film follows its protagonist on his quest to become a professional wrestler. According to Pulrang, “Peanut Butter Falcon” is an enthusiastically welcomed depiction of disability by disabled viewers, and a big hit all around.

“Sound of Metal” is another 2019 film that is integral in the ongoing movement towards responsible and accurate depictions of disability. When heavy metal drummer Ruben, played by Riz Ahmed, loses his hearing on account of his profession, he must learn to adapt. Reluctantly, Ruben moves into a community of deaf people to learn the beauty of life without hearing, though he ultimately plans to get a hearing implant surgery and resume his music career. At the core of the film is Ruben’s struggle to “fix” himself and get back to his past life. Importantly, the core belief in the deaf community is that deafness is not something to be fixed. It is a way of life and a source of pride for individuals who live it.

The making of “Sound of Metal” involved extensive collaboration with deaf people on part of both Ahmed and director Darius Marder. According to Variety, Ahmed spent seven months learning American Sign Language under the tutelage of Jeremy Lee Stone, who also played an ASL teacher in the movie. Although some supporting roles went to deaf actors—namely, Lauren Ridloff, Shaheem Sanchez and show stealer Chelsea Lee—“Sound of Metal” is not perfect in terms of inclusion and representation. As reported by publication Disability Horizons, the film received some backlash from the deaf community concerning the portrayal of a deaf character by Ahmed, an actor who is not hearing impaired.

There may always be room for improvement in the depiction of trauma and disability as entertainment. While it is great to see significant strides made towards more responsible filmmaking, it is important that this trend continues to right the wrongs that have been so pervasive in past media. Let the stories about marginalized experiences be told by people who experience them. To echo the mantra of a bigger movement in disability that remains relevant in entertainment: “nothing about us without us.”