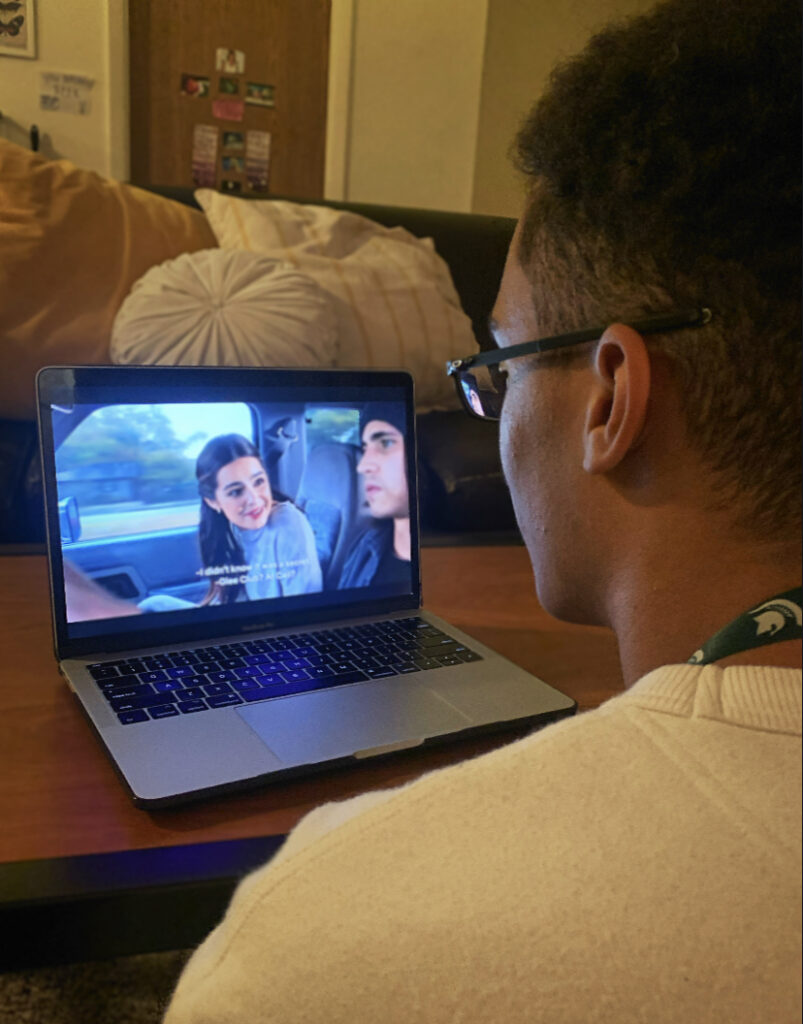 When watching a TV show or movie, it’s not rare to see branded clothing or company logos in the background of shots. A viewer’s eye might glance over them and subconsciously take note of the company or item. Ever turn on the tv and see your favorite character eating pizza, and the next day wonder why you’re craving pizza? It happens to everyone and is generally the effect of well done product placement.

Product placement is a marketing tool that generally describes the introduction of a product or company, either visually or verbally, into a TV show or movie. It can be done in a variety of ways, including having the product seen in the background or the character using it in a particular scene.

Product placement is nothing new, with examples of its use dating back to the 60s. However, its popularity continues to grow. In the past, product placement and advertisements embedded in TV shows and movies were broader and less frequent as there were such limited options for viewing entertainment. But with the growth of social media and online streaming services, product placement has become more recognizable.

“Product placement is morphing into a more tech-focused and targeted business that can mesh nicely with the data-driven strategies that have proved so successful for digital marketing companies,” said Kelly Gilblom for Bloomberg Businessweek. “Twentieth century viewers tuned in en masse to a few evening network TV programs, meaning ad placements were largely a game of reaching an enormous number of people while hoping to resonate with a few. But 21st century viewers often let a Netflix or TikTok algorithm suggest what to watch next, meaning advertising opportunities can be smaller-scale but reach a more-tailored audience.”

Many streaming services like Netflix and Hulu have service options that will remove commercial breaks or ads between episodes. While this is a big draw for people to move towards streaming services in place of cable TV, it can be costly for the services themselves. As the streaming services begin to produce their own shoes, many have turned to in-show advertising.

“If I’m starting to cobble together my viewing experience as a series of streaming services, I potentially don’t get exposed to traditional television advertising anymore,” said David Schweidel, a marketing professor at Emory University, for Bloomberg Businessweek. “So product placement becomes the way of cutting down the cost associated with production when you don’t have advertising to support you.”

Beyond making up for the lack of commercials, in-show product placement can benefit both the streaming service and the company advertising. According to The Hustle, Heineken paid an estimated $45 million for just seven seconds of screen time in the James Bond film “Skyfall,” but considering the film’s $1.1 billion box office success, they spent it on incredible exposure.

It’s no shock that movies and TV shows are expensive to make. Investopedia states the average cost of a movie could be around $65 million, with about $35 million for marketing and distribution. However, many larger films like those in the Marvel Cinematic Universe can cost up to $350 million.

An easy way to offset these costs, however, is by utilizing product placement. Brands can give movie and TV sets their products for free in exchange for it being featured in the movie.

“Property masters (the folks in charge of props) are on a constant quest to cut down budgets — and product placement can be a lifesaver,” Zachary Crockett said for The Hustle. “By getting free stuff — hotel rooms, cars, fancy clothes, kitchen appliances — a big production might trim its budget by $250k to $5m+, according to industry insiders The Hustle spoke with. That might not sound like a lot in the context of a $65m film, but it’s money that can be reinvested into better music, special effects, or other details that improve the quality of the final cut.”

When done right, product placement can be very beneficial to both the brands and the production companies. So what’s the issue?

The problem is that with streaming services trying to offset the costs of production, they often find themselves connecting with multiple brands or companies to advertise their products. And with so many products in one movie, it can take the viewer’s mind out of the movie and turn their focus to the products shown.

“I think that most people in the United States know that there’s some financial arrangement there,” Ambar Rao, a professor of marketing at Washington University, said for the New York Times. “People watch a show for entertainment, and if they’re constantly being reminded that somebody has paid for this product or that product, it just takes away from the experience.”

Many streaming services have been called out for their excessive use of product placement. One of the more recent incidents was in Netflix’s 2021 movie “He’s All That” starring TikTok star Addison Rae. The film is a remake of the 1999 cult classic “She’s All That.”

While the film was criticized for a multitude of reasons, most notably the plot differences between it and the original, many were upset with the blatant use of product placement in the film.

From CORE water bottles placed directly in the viewers’ line of sight to characters discussing how “Lucky Charms will make you feel better,” the product placement became more than just advertising and started to feel like part of the plot itself.

In a video titled “Addison Rae’s Movie is a Disaster,” commentary YouTuber Danny Gonzalez broke down the products advertised in “He’s All That.” According to the video, in just 80 minutes, the movie’s credits acknowledged over 40 brands—meaning one brand was advertised for every two minutes of screen time.

With the casting of Addison Rae and Madison Pettis, a relatively well-known former Disney star, it was obvious the film was targeted towards a younger audience. But on a streaming service as big as Netflix, the film reached a large audience, becoming Netflix’s most watched movies of the week the week it came out. And many of those viewers spoke out about how the movie’s overwhelming product placement ruined the viewing experience.

“While watching ‘He’s All That,’ it is impossible to miss the frequent product placements in the film. The most egregious example is a scene in which a character asks if she can ‘get some KFC to go,’ and then immediately eats a bucket of chicken that is literally in the middle of the shot,” Addison Whiten said for the Pepperdine Graphic. “Padgett [Addison Rae’s character] is an influencer who promotes beauty products on her TikTok live streams, and Rae’s association with the app makes it a no-brainer brand deal for the movie, but other featured companies like Doritos or Old Navy are out of place and off-putting for viewers. There is a clear disconnect within the film from the production side and this creates a lot of the problems that make the movie hard to watch.”

In September 2021, Universal Pictures released the film adaptation of the Broadway musical “Dear Evan Hansen.” The film itself received mixed reviews, with many critiquing the age of the cast members and the resemblance to the original musical.

However, similarly to “He’s All That,” the film was criticized for its use of product placement. Instead of using an excessive amount of products throughout the film, the producers chose to advertise the products in scenes too serious or unrelated for a subtle advertisement.

At the beginning of the movie, it is revealed that student Connor Murphy has taken his own life. Throughout the film, viewers follow the events of student Evan Hansen and his connection to Connor and the Murphy family.

When the Murphy family first appears, they are obviously distraught at the loss of their son and brother. In her grief, Connor’s sister storms out of the house and gets into her car. It’s the middle of the night and she starts driving down a suburbian road, slowly increasing her speed. During the climax of the song, she accelerates the car to over 100 miles an hour, and it is assumed she is attempting to crash the car.

At the last second, she decides to stop the car. Luckily, the car comes safely to a stop in under a second, as the audience watches the camera panning away to reveal a shot at the Jeep logo. The climax of  one of the most heartbreaking and difficult scenes of the musical was made into a Jeep advertisement.

A similar issue occurs in the middle of the movie when Connor’s parents break down, and the audience sees them cry for the first time. Yet in the midst of their emotional embrace, the camera focuses on the mother’s Lululemon sweatshirt.

In “Dear Evan Hansen,” the issue of product placement goes beyond the presence of it, and instead, the timing becomes a problem. The products were advertised in scenes portraying intense emotions of grief and anguish, and because of the product placement, the viewers were unable to grieve with the characters but were instead distracted by the advertisements shown.

Product placement in its most basic form isn’t a bad thing. It can be an easy way for brands to advertise their products and production companies to cut costs on films. And when done well, it should be unnoticed by the audience. But when the product placement takes away from the plot of the movie and becomes a distraction, it becomes an issue. Viewers should be able to watch a movie and connect to the characters on their screen without feeling a subconscious need to buy something.