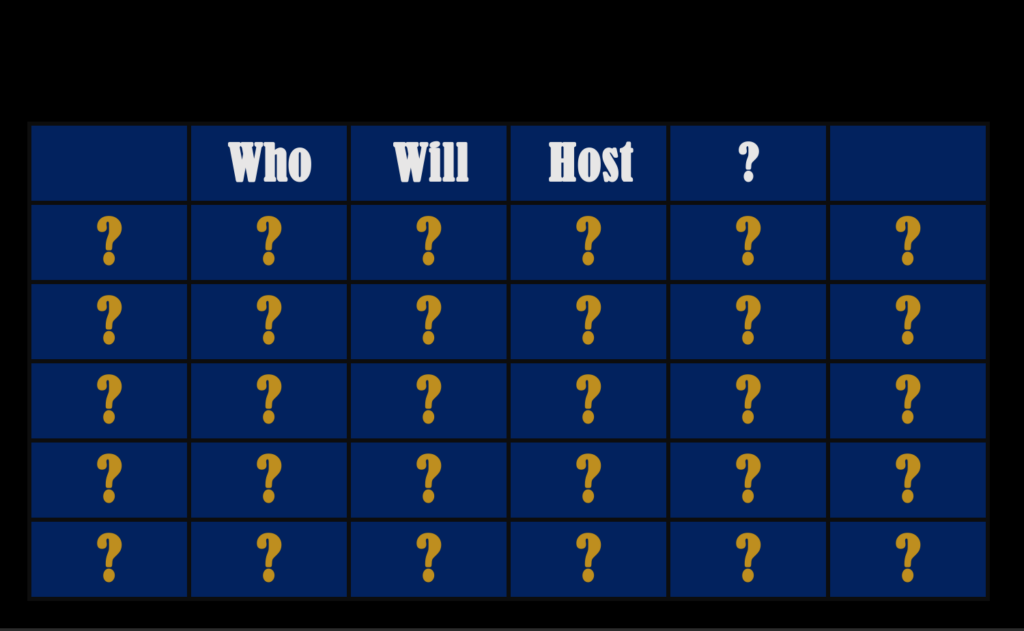 Game show television has been a staple in American culture ever since television was popularized in the early 1950s. This format of televised entertainment connected audiences with the screen and created a nationwide pastime. “Jeopardy!,” one of America’s most iconic television shows, has been playing on television since its original airing in 1964.

One could argue that the show has been wildly successful because of all the different brilliant people that compete for the title or because of the continuous trivia questions that never seem to run out. All of that may be true, but there is one more thing that kept them at the top for decades—Alex Trebek.

Hosting over 8,000 games of Jeopardy during his tenure with the television program, Trebek netted 8 Daytime Emmys, which is the most for any game show host in history. Along with that, the show also has the most awards for any game show, and it doesn’t seem like its record will be beaten any time soon.

Unfortunately, March 6, 2019, was a very somber day for “Jeopardy!” fans around the world. Alex Trebek said on air, “Just like 50,000 other people in the United States each year, this week I was diagnosed with stage 4 pancreatic cancer.”  However, Trebek was a fighter. He started his chemotherapy immediately and hosted “Jeopardy!” for 6 more memorable months. He hosted the first tournament of champions, where the all-time great jeopardy players raised money for cancer organizations and said their final goodbyes to a major part of their lives. On November 8, 2020, Trebek lost his battle with cancer and died.

After mourning the death of Trebek, “Jeopardy!” launched a search to find a new host for the beloved show. During the search, “Jeopardy!” made the decision to have an entire season of guest hosts, all of whom were celebrities their audience could recognize. After some time using guest hosts, the decision was in and Mike Richards was named the new host of the show. Richards is known for his years as the executive producer of both “Jeopardy!,” “The Price is Right” and “Wheel of Fortune.”

Very shortly after this announcement, Richards faced backlash from the media  for lawsuits filed against him for sexual harassment towards the female models on the “The Price is Right.” Additionally, Richards had made inappropriate and discriminatory remarks on a podcast. This cemented his demise as the new “Jeopardy!” host, stepping down and continuing their search for a new host.

Other fan favorites during the run of guest hosts on “Jeopardy!” during the search included “Reading Rainbow” host LeVar Burton, “Jeopardy!” champion Ken Jennings, or front runner Mayim Bialik known for her role in the popular show “The Big Bang Theory.” In mid-August, when the scandals involving Richards were released to the public, Richards had already filmed 6 episodes for the new season, causing issues with the remainder of it. Luckily, Bailik agreed to fill in as the guest host for the remainder of the season. Because of this, it seems fair to say she is the clear front runner for the new permanent host.

With the fall television season approaching, Bailik has other duties for her sitcom “Call Me Kat,” complicating the situation even more. Ken Jennings, former champion of the show and fan favorite, has agreed to backup duties, filling in for Bialik whenever needed. While it’s a positive sign that the show is making advances in their search for Alex Trebek’s replacement this past month, it doesn’t seem like a new permanent host will be announced anytime soon.

Viewers should expect to see Bialik and Jennings in the mix for now while they try and prove to the world why they should be Trebek’s full-time replacement. However, there is no guarantee that “Jeopardy!” will even hire a permanent host anytime soon. But with Alex Trebek’s impressive legacy, it’s hard to imagine anyone ever filling his shoes.