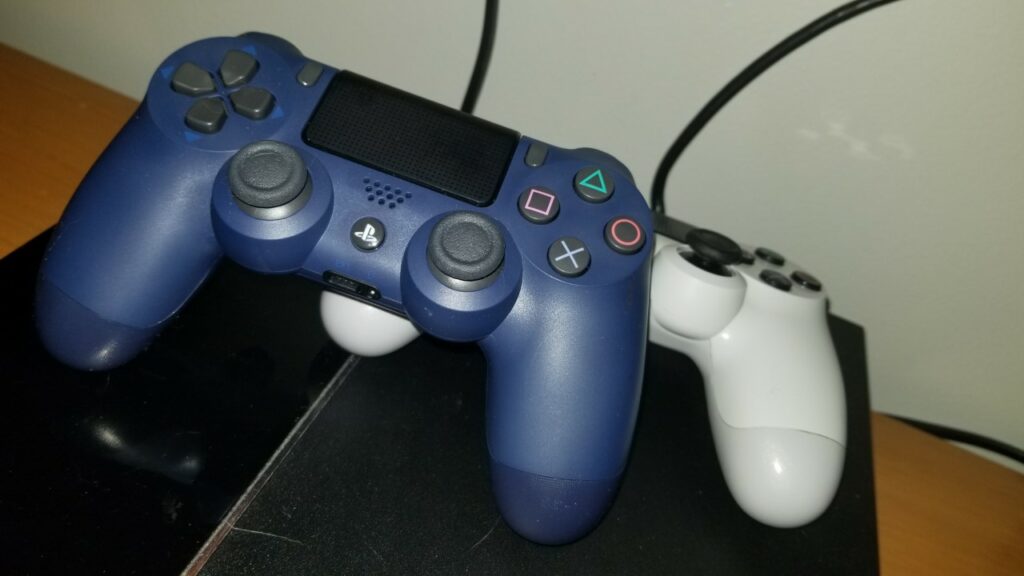 This article is part of the Fall 2021 Magazine Issue Series. Read the full issue here.

With the pandemic, 2020 was a hard year for everyone. For a significant part of the summer, people who were usually out and about were confined to their houses, severely limiting the realm of possible activities.

Everyone deals with these problems in their own way. Some become artists, some learn new skills and some watch television and spend their time on social media. Others picked up a widely popular but new-to-them practice: gaming.

According to Statista, the total increase of video game sales worldwide went up 63% in March 2020 compared to 2019. In the United States alone, there was a 45% increase in video game sales. The largest consumer age group was 25-34 years old, which has a significant overlap with the age group who were the most laid-off during lockdown, 18-29 year olds, according to Pew Research Center.

With all this unfortunate, yet new, free time on their hands, former workers turned to video games to help manage their boredom. While some people went to YouTube, Twitch or Facebook Gaming to watch others play games they were interested in, many more went and bought games to join the fray themselves. Many began with single-player games to get a feel for how video games work and what sort of system they liked to play on.

A lot of these games played into the escapism that many people wanted. Games such as “Animal Crossing: New Horizons” were the perfect source of self-therapy that (almost) everyone needed to get through the bulk of the stay-at-home order. In these kinds of games, there were no politics or illness or riots; it was pure happiness. It was a mental break that people were thankful for. However, it didn’t satisfy everybody.

While some gamers stayed with the single-player format, many of these amateur gamers turned towards multiplayer games to compensate for their lack of human interaction as the stay-at-home orders persisted. After all, communicating through Discord and playing multiplayer games was better than nothing.

Games like “Fall Guys,” “Among Us” and “Fortnite” saw significant increases in player records. “Fall Guys: Ultimate Knockout,” released in August 2020, sold over seven million copies within the first month, according to Statista. When it was first launched in 2018, “Among Us” had only a meager 1800 concurrent players, but due to the pandemic and exposure over gaming sites like Twitch and YouTube, the number of concurrent players jumped to a whooping three million in October 2020 according to Business of Apps. In August 2017, “Fortnite” was released and about one million people were playing, but Business of Apps also reported that those numbers spiked to 350 million players in May 2020.

A big reason why these games became so popular is because indie games, like “Among Us,” are generally cheap or even free-to-play, which is a perfect match for low-income players. They are affordable because the games are individually produced, or produced by a small team. In order to compete with the big companies, they lower their prices. The passionate game developers have low prices simply because they want the players to enjoy their game, not just make a profit. Nevertheless, fun, cheap games are perfect for players on a budget.

Many people started to play video games and found the habit changed their lifestyles completely. However, it is not just the average person whose life has changed due to video games. A variety of popular (and not so popular) YouTubers have branched out into the video game circles, some gaining a whole new demographic of followers and subscribers, and some gaining a higher amount of subscribers in total.

Some of the more notable branching YouTubers are James Charles, Bretman Rock and Corpse Husband. James Charles, a popular make-up artist on YouTube, is an apparent fan of video games. During the lockdown, he was in many lobbies of “Among Us” and featured in collaborations on video games like “Minecraft” with PewDiePie and Lazarbeam, and “MarioKart” with TWD98. He has also participated in various “Minecraft” tournaments and “Minecraft” Monday.

While James’ subscriber count seems to go up (and down) consistently each month, it is hard to tell if he has gained a more diverse subscriber base due to gaming. But it is interesting to watch how a make-up artist expands his content through gaming.

Bretman Rock, also a beauty guru and make-up artist, started out on social media before moving to YouTube. During the lockdown, he expanded his user base to create a gaming channel on Twitch, where he streamed videos of (mostly) “Among Us” lobbies. While he has only a fraction of followers on Twitch compared to his YouTube channel, it is amazing to see how many fans are willing to step out of his usual content and support him on his side venture to becoming a Twitch gamer, and how many new fans are willing to give him and his new content a chance.

Corpse Husband is a faceless YouTuber who originally narrated horror stories on his channel, and wrote and produced music on his second channel CORPSE. After a collaboration with PewDiePie in an “Among Us” video in September 2020, he started to stream “Among Us” lobbies on his channel.

As the pandemic and his gaming continues, Corpse’s subscriber count rose significantly from two million in October 2020 to over seven million in January 2021 due to his collaborations over video games with popular YouTubers and Streamers. He participated in various multiplayer games such as “Phasmaphobia,” “Raft” and “Pummel Party,” but is most notable for “Among Us.”

Corpse is well known for saying that one of his biggest fears is being relevant one day and completely forgotten the next. This came after his surge in popularity from his engagement with multiplayer games, which leaves everyone to wonder: what will happen to video games once the world returns to normal? (Or a new version of normal at least.)

Will the video game boom continue? After all, even TikTokers are expanding into video game circles now. One such person is SunflowerMag who, only one month after her first stream on Twitch, already accumulated close to two thousand followers. Some streamers, who have streamed for years, barely reach that number.

Even popular artists and celebrities have moved into gaming to relax, have fun and interact with others. Many popular K-Pop idols play “Fortnite,” “OverWatch,” “League of Legends” and more, and videos of the icons playing these games can be found on YouTube. In April 2021, even Jimmy Fallon played a few rounds of “Among Us” with popular streamers CorpseHusband, Sykkuno and Valkyrae, and celebrities Noah Schnapp and Gaten Matarazzo.

Video games have been a strong source for entertainment since well before the pandemic and will continue to be afterwards, but how will these newfound gamers acclimate to the change when the world looks different? Will they continue to play or fade away? Obviously, the answer remains a mystery.

People around the world turned to video games in order to escape from the fear of a global pandemic knocking at their doors. They utilized online gaming to communicate and interact with their friends while forced to stay in their homes to lower the risk of spreading the virus. Not only that, online gaming was one of the biggest reasons why people were “staying sane” during the heavy lockdowns, according to Forbes. The pandemic broke people mentally, in all different ways, but video games helped some get through it. In the case of pandemic vs. gaming, gaming wins, hands down.