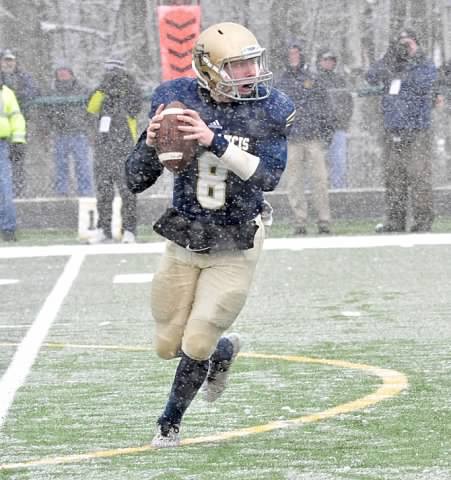 Adolescence is frequently a time of instability and stress, whether at home or at school. Modern teens are so familiar with the filtered lens and false captions through which many portray their lives that they may even struggle not to see it as reality, and this isn’t even to mention the mental consequences of diet culture, which often seems inescapable. Young people are all too familiar with the idea that they can and must work (or pay) enough to reach the fictitious standards they’ve been spoon-fed by their parents, their peers and the media. This has led to significant problems, especially in the world of high-school athletics, where winning and losing can feel like life and death.

“Eating disorders have the second-highest mortality rate of all mental health disorders, surpassed only by opioid addiction,” according to the New York Times. “They have continued to increase for girls ages 15 to 22, which directly overlaps with the peak of adolescence, commonly spent in high school and college sports. Over one-third of N.C.A.A. Division I female athletes exhibit risk factors for anorexia nervosa.”

For example, Gretchen Fata fell in love with running at 13 and ran cross country throughout high school. She found community with her team and enjoyed the structure of the sport. But with team camaraderie came social pressure not only to perform but to fit in and measure up. To what, exactly, was a mystery. In addition to locker-room dynamics, Fata faced coaches who demanded that she keep food logs of everything she ate and count her calories. Runners were asked to keep a log during pre-season training and throughout each cross country season. For anyone, especially those still inhabiting growing and rapidly changing bodies, this hyperfixation on food and weight can have major consequences.

“Our coach gave us the same packet every single year about how to eat when running. The packet included special diets such as a high iron for girls who, like myself, were anemic,” said Fata. “Every week, we turned in a graded food log. If we forgot to turn them in, he would make us write down what we ate at practice.”

The concept of grading what a growing teenager eats is nowhere short of harrowing, especially considering the pressure young women are already bombarded with concerning their weight from anyone and everyone, and this extends to young men, who are now expected to resemble superheroes. This sort of tracking is more than likely to lead to tumultuous relationships with eating and may even lead to anxiety and disordered eating.

“There were many days when I just wrote down what I knew my coach wanted to see. It makes you self conscious to have to keep a record of what you eat for someone else to examine and judge,” said Fata.

Fata ran for varsity until her senior year, when her body began to give out. Due to acute hip and back pain, along with a variety of other physical problems, doctors told her she had to take a step back. That was when Fata’s insecurities skyrocketed.

“When I was running, I didn’t hate my body, despite the stress surrounding staying small. When my body started paying the price for running, though, that started to change,” said Fata. “When I was injured and had to stop running due to kidney issues, my confidence plummeted. Without the running, my body was growing in ways I wasn’t used to.”

Similarly to Fata, many female athletes struggle with their body images and battle with maintaining a certain weight. However, many male athletes also face the pressure of having to fit into an ideal look.

For example, Peter McAndrews is a former football player who began playing in the third grade and went on to play varsity in high school. “All juniors and seniors got to play on varsity,” he said, “so muscle mass and weight were not too big of a concern in terms of being on the team. However, to be competitive and earn playing time, having a lot of muscle mass definitely did not hurt.”

The pressure then is on for aspiring high school footballers to pack on as much weight as possible to make the right team. This pressure may or may not come explicitly from a coach’s mouth, but it’s just as strong either way. The overwhelming perception is that getting big equates not only to time on the field but perceived success amongst peers.

“Between eighth and ninth grade, I gained 15 pounds in about a month,” McAndrews said. Unlike cross country runners, for football players, food logs and calorie tracking weren’t the expectation. McAndrew’s team didn’t get any coaching in the way of nutrition, but that didn’t mean diet culture didn’t circulate amongst the students themselves.

“I used an app to make sure I was eating enough. Most of the time, my problem was that I did not eat enough to compensate for the calories I was burning,” McAndrews said.

Football taught him a lot about weight training and physical fitness, but it also taught him lessons about insecurity, comparison and struggles with body image. He was concerned with looking similar to his teammates, without considering the great many factors that make it an impossible goal, from metabolism to genetics and beyond.

“I do struggle with self-image because of the high standards I set for myself, as well as the constant comparison to other people throughout high school. This has made it hard to have a positive view of myself and my fitness despite the time and effort I put in,” McAndrews said.

The corruptive competitive nature surrounding sports for adolescents isn’t restricted to the walls of a high school. Gymnasts, too, focus so much on achieving the lean bodies expected of them that many, like Fata, keep food logs or count calories, which causes unhealthy habits of skipping meals, not eating enough food and having a bad relationship with food overall.

Helen* became a gymnast at age three. She competed in recreational and club gymnastics throughout high school. Her program existed outside her high school, but that did nothing to calm the insecurities surrounding her body, both within and outside of the sport.

“I was prone to restricting myself, but would get really hungry from the exertion and not meet the eating goals my coaches had for me,” said Helen. “I was acutely aware how much skinnier the other girls were. I wanted to fit in and look like them, not feel like I was out of place.”

According to Lucile Packard Children’s Hospital Stanford, “Young male and female athletes tend to be at a greater risk for having an eating disorder if they play sports that focus on personal performance, appearance, diet, and weight requirements.” Gymnastics more than qualifies.

“Eating disorders are like wildfire. We had a teammate who had to quit because of a severe eating disorder, and it reverberated throughout the team. We felt guilty for not reporting it sooner,” said Helen. “We also felt like we needed to slim down. There was a mentality of if she doesn’t think she’s a good weight, what does that make us? This pressure wasn’t intentionally inflicted by the coach, but that didn’t make it any better.”

The impending doom of inheriting a world quite literally on fire, the all but guaranteed financial hardships of adulthood (barring adequate generational wealth) and the constant murmurs from their elders that they’re “too young” to know about pressure and stress can make teenagers feel like they’re carrying the weight of the world, while at the same time berating themselves for not being able to do it better.

As if the competition to succeed in school, gain the approval of peers and get into the right college isn’t enough, some students have the competitive culture surrounding sports to deal with, which permeates every aspect of student athletes’ lives—perhaps most notably, their self-images.

Jenna Merony is a senior pursuing a double major in professional writing and English with a concentration in creative writing. Her plans after graduation involve graduate school to get a M.A. in creative writing and possibly write a poetry book dwuring that time. After graduate school she hopes to work for a publishing industry as an editor. In her free time she likes to read, run and write poetry.