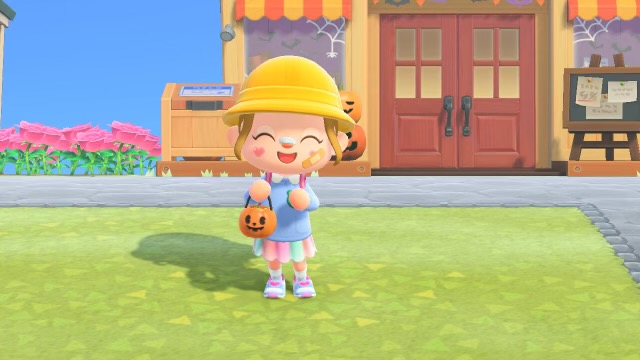 March 2020 is a time most people will never forget. The World Health Organization declared COVID-19 a pandemic on March 11, setting into effect a series of events that kept most people locked inside for the majority of the year. Many got extremely creative with ways to pass the time in quarantine, and for a lot of people, the newly released Nintendo Switch game Animal Crossing: New Horizons was just the solution they needed.

Animal Crossing: New Horizons was released on March 20, 2020, exactly a week after the former president of the United States declared COVID-19 a national emergency on March 13. In development since 2012, it took elements from previous games and combined them with new elements in order to make the perfect game for the 2020 release.

New Horizons is the fifth main game installment in the Animal Crossing series, which has always been exclusive to Nintendo devices. The game is a social simulation video game, allowing the player to run around a virtual world inhabited by anthropomorphic animals who they can befriend. As the franchise has expanded, players’ in-world characters have slowly gained more control in the world.

Gameplay has developed with the release of new games, but there is no official objective of the Animal Crossing games. Players can build and expand their homes, decorate as they please, interact and build friendships with villagers (the aforementioned anthropomorphic animals), customize their town and participate in in-game events, like fishing tournaments or holiday-inspired events. They are played in real time, with the game syncing up to the player’s time zone.

Fans have generally been pleased with the increasing number of actions they can take within the newest game. One of the most attractive features of New Horizons was the ability to craft anything from furniture to clothing, giving  players a new way to obtain items. Previously, if a player wanted a new couch for their home, they would have to rely on one of their villagers to give it to them or buy it from the in-game store. Now, those hoops can be bypassed if the player has obtained the “recipe” to craft an item.

New Horizons has a massively improved multiplayer interface as well, which takes advantage of the Nintendo ID system. The Animal Crossing community has always had a strong online presence, and would often use forums to conduct things like trades and giveaways, where one player would visit another player’s town to exchange items or, in the case of a giveaway, drop them off. Even today, there is no shortage of users who take to second-hand sites such as eBay to sell in-game currency or rare furniture.

Previous iterations of the game, beginning with AC: Wild World,  allowed players to give others a friend code that they could then use to connect with the player and visit their town. Historically, connecting with other Nintendo users for any game was a huge hurdle which involved game-specific friend codes. Now, players are given a Nintendo ID, which can be connected to social media accounts for even easier access to friends and family who might be playing the game as well. As for strangers, a Dodo Code can be generated, which is a five-digit code players can share with people not on their friends list so that they can still visit their island.

This more painless connection process has inspired players to take to social media to connect with others. Twitter is a popular place for finding trades or turnip exchanges. Turnip exchanges are exactly what they sound like. Players have the opportunity to purchase turnips, which can then be sold for profit––ideally. The selling price changes frequently, and players can sell them to Timmy and Tommy, the lovable but pushy raccoons running the local shop.

Turnip prices are tied to your island, so players can take advantage of the multiplayer option and visit islands where the turnip price is higher and sell their turnips there, rather than on their own island if the price is particularly low for them. It’s common practice for players to advertise their turnip prices and provide their Dodo Codes via various social media sites so that other players can visit their island and capitalize on the high sale value

Elijah Wood, who portrayed Frodo Baggins in the “Lord of the Rings” films, is among the legions of people who participate in turnip exchanges online. In April 2020, a player tweeted out her turnip prices, only to receive a direct message from Wood asking to visit her island to sell turnips. Wood ended up hanging out on the player’s island for a bit, and the interaction, which quickly went viral, helped to introduce many more players to the game.

Social media was a huge factor in how popular New Horizons got. In addition to the many trades and exchanges happening via Twitter, countless updates and tips accounts were created upon the release of the game. Discord servers were created in droves, where players could share their love for Animal Crossing and exchange advice. The game also quickly gained popularity on TikTok, with users making short videos showcasing their islands or giving tips and tricks to new players.

New Horizons even spawned its own second-hand selling site, Nookazon. Functioning similarly to eBay or Craig’s List, players can post listings of things like furniture and clothes, which can be purchased with in-game currency or traded for items of similar value. As with turnip exchanges, the buyer and seller can connect using Dodo Codes to swap items.

The stay-at-home order and the game picking up steam on social media created the perfect storm, and the game rushed to the top of the charts. In the month of March, ACNH sold 11.77 million copies in just twelve days. As of October 2021, the game has sold 33.89 million copies, making it the second best-selling Switch title of all time, second only to Mario Kart 8.

People are still playing ACNH, but the hype that was formerly surrounding the game seems to have vanished. It’s natural that things phase in and out of popularity, but the rate at which the craze for the video game died down seemed abrupt. As it turns out, that may have been caused by none other than Nintendo.

When ANCH was first released, it was largely an incomplete game. Countless features were labeled as “Coming Soon,” by Nintendo, with some of the most glaring being the annual events which were present from the start in all previous versions of the game. All the Animal Crossing games released between the initial launch in 2001 and the fourth game in 2013 were released with all their holiday events included.

Holiday events are important to players because they break up the routine in what can, over time, become a pretty repetitive game. Yes, there is a decent variety in what actions can be carried out in the game, but because the game has no ultimate goal, doing the same tasks day after day to keep your island looking pristine can become boring.

This, combined with a few other factors, is what makes holiday events so exciting. There are events for most major holidays, though they use an alias. For example, the in-game version of Christmas is called Toy Day, and Thanksgiving is called Turkey Day. Events for these holidays give the player a series of tasks which can be carried out in exchange for rewards, often including limited edition furniture or other rare items.

Instead of releasing New Horizons with every holiday event included, players instead had to wait for updates to roll out, which would typically add missing upcoming holiday events, along with other features. It wasn’t just the special events that were missing, however. Many beloved characters were not present for the launch, instead being added over time in the updates. Some are still absent from the lineup.

It’s this feeling of incompleteness that baffled fans a bit. Amy Ficula, a sophomore at Northern Arizona University, has been a player ever since Wild World was first released. “The updates, for the most part, were just parts of New Leaf that were slowly being added back to New Horizons,” said Ficula. It’s true. New Horizons was the first video game in the series to require major updates and was the first installment to be released lacking so many features.

“The game got really boring really fast because it didn’t have a majority of the features that made Animal Crossing so good. Harriet wasn’t even in the game; she’s just now being added. Can you believe that?” said Ficula. Her incredulity isn’t uncommon. Many players expressed surprise and disappointment that many iconic characters took so long to be included in the game.

Harriett is a poodle who runs a hair salon in the game who was first introduced in City Folk, the third installment in the franchise. She was not added to New Horizons until version 2.0 of the game, which was released in November 2021, over a year and a half after the game’s initial release. Other beloved characters making their long-awaited return were Tortimer, a tortoise and former mayor; Brewster, an owl who runs a coffee shop; Katrina, a feline fortune teller; and Kapp’n, a turtle and seaman.

New Horizons 2.0 was Nintendo’s biggest update yet. Many iconic characters and important functionalities were added back, allowing players to play what many could finally consider to be a full game. But was it too little, too late? Maybe, maybe not. Truthfully, a social simulation video game can only hold players’ attention for so long, and with the world opening up again, maybe ACNH was slated to fade out anyway.

The state of the world seemed to be a big contributor to ACNH’s initial popularity. With nearly everyone spending countless hours inside with family members or roommates getting on their last nerves, a cute, fun video game seemed like the best way to pass time and find some sort of enjoyment in the mess that was reality. As life started to go back to normal, people just didn’t have as much time to build friendships or conduct construction on their island, or their attention and interest shifted to other things.

Did Nintendo goof with the way they released ACNH? Perhaps, but it doesn’t seem to have been detrimental to the game’s success. What ultimately caused a decrease in most ACNH lovers’ playtime was the fact that life was starting up again. “I didn’t have anything else to do, so I would play it all day. And now I do have other things to do,” said Ficula.

Nevertheless, many Animal Crossing lovers will look back upon the quarantine period with fond memories of the time they spent building their islands on New Horizons.