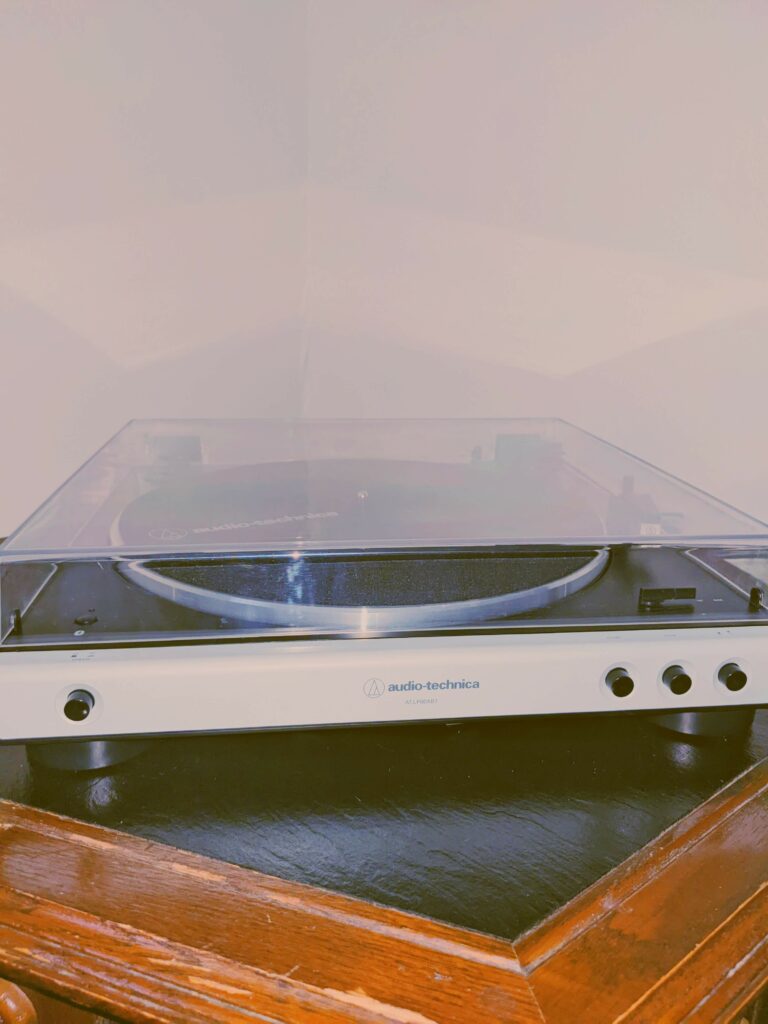 Like many previous trends, record players have come back in style in the past decade or so. With the popularity of any trend, affordable products rise in popularity as well. While there are cheaper record players out there, it may be a better idea to invest in a turntable.

Before the 1877 invention of record players, known then as the phonograph, music wasn’t easily accessible in one’s home. In the article “History of Record Players (A Look at 100 Fascinating Years),” record-player guru David Richard goes into further detail about the life-changing effects of the record player. “Instead of having to go out and see musicians live, something we could do only occasionally, we could suddenly listen to music far more often,” he said.

Now, people can listen to music anywhere, but the appeals of the record player linger. In an article stating “4 Reasons Why Vinyl is Better,” Jason Zabowski discusses those appeals. One of the most interesting reasons being that “vinyl sounds better.”

Zabowski elaborates, saying, “Most of the music is broadcast in some lossy format, where details are missed, and the overall quality is reduced. It happens because audio files get compressed to make them small enough to store thousands of them on the phone, and to stream online.

“Regardless whether you listen to music on a streaming service like Apple Music or prefer MP3s or even the radio, you can’t get the full picture of that track. Vinyl is far more high-quality. No audio data is lost when pressing a record. It sounds just as great as the producer or band intended.”

Zabowski isn’t the only one that agrees. According to an article on Science Focus, technology journalist Verity Burns says something similar.

“Digital music works much differently. As digital kit cannot read analogue sound waves, they are translated into a digital signal and back into analogue again, meaning some information is lost or approximated in the process.”

Burns also said,  “With vinyl, every single part of the analogue wave is captured in those grooves, making it the only true lossless format.”

In other words, vinyl records are truly timeless. Digital platforms can’t replicate the sound quality that a vinyl record offers to listeners. With popular artists such as SZA and Post Malone offering their albums in vinyl format alongside millions of other artists, quite a few 20-somethings are purchasing a record player or turntable of their own. And many are probably experiencing the audio phenomenon that Zabowski and Burns spoke of.

However, with vinyl records available in mass retailers like Target and Urban Outfitters, the availability of cheap record players have also increased. One of the most popular options is the portable record player.

Portable record players are turntables that are encased in a briefcase-like box with a handle and locking mechanisms. They include a built-in speaker, often with Bluetooth function. These record players are portable, affordable and aesthetically pleasing.

Unlike more expensive turntables, these portable players can be decked out in multiple textures and colors because of their briefcase exterior. From velvet to tie-dye, multiple patterns can be found online and in stores. The prices range from $40-$100. But here’s why music fans should spend an extra $30-50 for an entry level turntable instead of the portable record player options.

While record players have an audio output included, turntables do not. They need an additional speaker setup to output the vinyl audio. This adds additional expenses to an already pricey product. However, there is a huge plus to this.

Most portable record players include crappy audio outputs. Richard said, “The main problem is that all those included components are not usually the highest sound quality. That is especially true for the preamp and the speakers, meaning a much lower sound quality than if you were using external speakers and a preamp.”

Considering you’re paying $40 for a combination turntable and Bluetooth speaker, the audio isn’t as great as a Harmon Kardon or pricier JBL speaker. The speaker output greatly impacts the overall sound experience.

The vinyl experience is supposed to sound better than listening on a digital platform. It’s difficult to have an amazing sound experience with low quality speakers, which somewhat defeats the purpose of listening to vinyl. While most portable record players do have a headphone jack as a listening option, it’s quite inconvenient to move around one’s home while holding a record player.

“Luckily,” Richard said, “ most models will allow you to bypass the internal components and use external ones, if you choose to do so.” This does add options for portable record listeners to have a better listening experience; however, it would increase the cost for the listening experience.

Because other elements of the record player are lower quality and unable to be upgraded on portable systems, a higher quality turntable would be a better investment.

If a music fan decides to invest in a turntable, they would have to purchase speakers separately, providing full control over the speaker’s quality. And if the speakers have any issues, listeners can replace only them instead of purchasing a whole new system. This gives them full customization over the sound of their vinyl records because most portable record players aren’t customizable outside of speaker additions.

Another issue with portable record players is that most of them do not have an adjustable counterbalance weight. According to Colored Vinyl Records, “Precise tracking force is important for the quality of sound and to prevent damage to your stylus and your records. If it’s set too heavy, your stylus will be too light and will cause the record to skip. If it’s set too light, your needle will be too heavy and while it will track your vinyl well, it can cause damage to the grooves of the record.”

Because of their lack of adjustable counterweight balances, portable record players can have issues with skipping, which can heavily affect the quality of your listening experience.

Another aspect that can cause skipping is if the record player is not on a leveled surface. In an article by audio systems distributor Pro-Ject, they say, “If the player is uneven, the speakers or movement near the turntable are likely to vibrate the needle and cause it to skip during playback, especially if the turntable is located on the floor.”

Because portable record players are easily moved around, people may put them on unlevel surfaces, like a carpeted floor. Because they’re in briefcases, there aren’t any adjustable legs for whatever surface these record players are placed on. This can also contribute to record skipping and lower the sound quality and listening experience.

My first record player was a Crosley portable record player. In my personal experience, my new vinyls were skipping the moment I purchased them. The first time this happened I contacted the seller and they sent me another vinyl, but I still ran into the same issues.

As my vinyl collection grew, so did the skipping issue. After researching turntables and record players more, I realized that the problem was probably my record player and not the vinyls. Once I upgraded to a turntable, I didn’t have the same issues with skipping. And the sound quality was so much better considering I purchased higher quality speakers as their companion.

On the flip side, those willing to invest $50-$100 more on an entry-level turntable to ensure a better audio experience and customization should skip on the cheap portable record players and invest in a turntable.