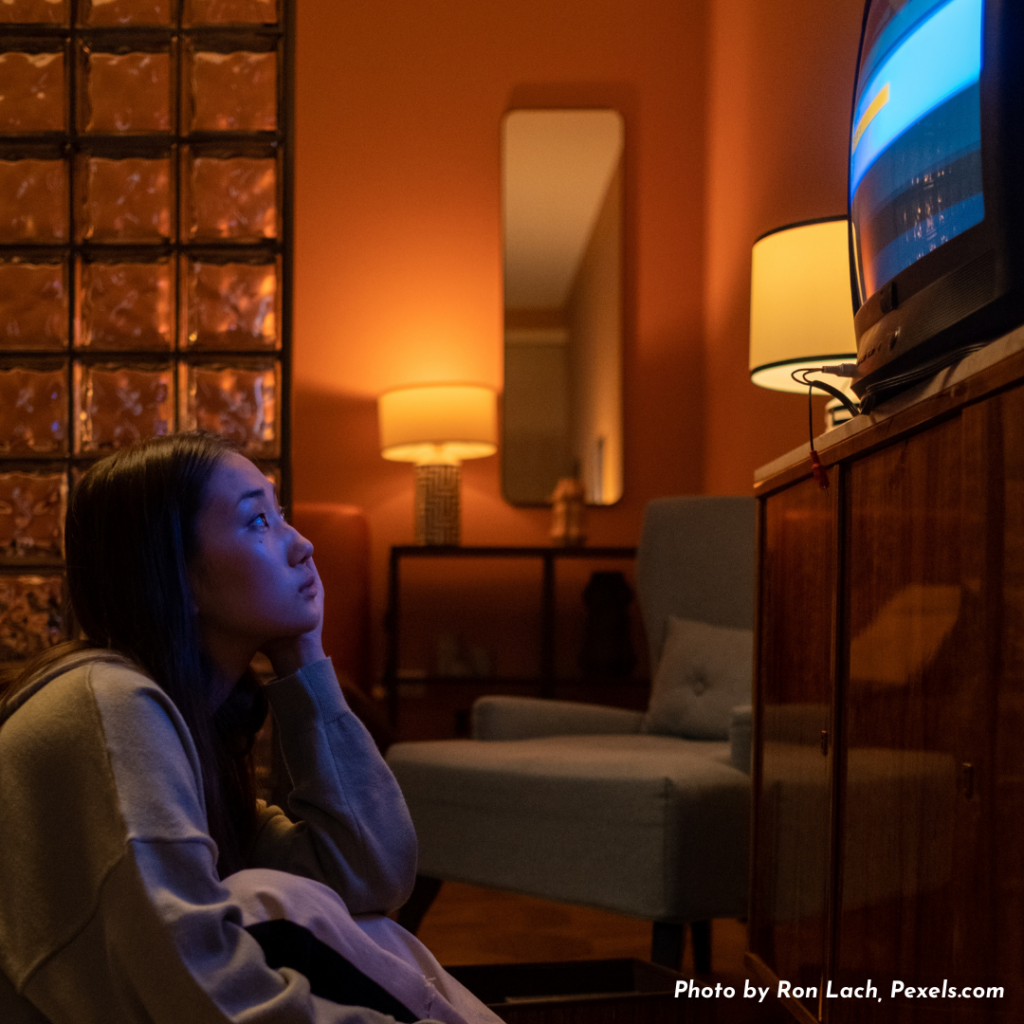 On Sept. 13, 2021, Netflix released the third season of “Sex Education,” an original British comedy show that follows the students and parents of Moordale Secondary School as they explore their personal and sexual identities. The show, which debuted in 2019, was quickly praised for its accurate and inclusive portrayal of sexual exploration and has continued to set the standard for sexual representation on TV.

In the first season, viewers are introduced to Otis Milburn, a Moordale student whose mother is a well-known sex therapist. At school, he starts to recognize that the sex education being taught in school was inaccurate and uncomprehensive. He and his best friends, Eric Effiong and Maeve Wiley, set out to create a ‘sex clinic.’ They use Otis’ mother’s books to teach other students of proper sex education and answer any questions they may have.

The creator of the show, Laurie Nunn, said she came up with the show after watching “The Joy of Teenage Sex,” a documentary where young adults go into a clinic and ask sex educators questions.

“Unlike other TV shows that glamorize sex, ‘Sex Education’ does not hold back when it comes to displaying the good, the bad and the ugly of sex,” entertainment writer Annabella Johan said for New Univeristy. “The term ‘censorship’ seems to have lost its place in the show’s vocabulary, but in the best way possible.“

What makes “Sex Education” the show it is, is that every character offers a different perspective and is representative of a unique identity. And throughout the series, the audience gets to know these characters at their most vulnerable, whether it be someone coming to terms with their sexual, gender or religious idenity, someone experiencing body dismorphia or someone rediscovering sexual pleasure in the wake of sexual assualt. It’s honest and imperfect and everything sex should be.

The characters are real and experiencing very real things.

“‘Sex Education’ succeeds in avoiding these feelings by treating its teenage characters with a degree of respect and maturity, which allows room for their growth on the big screen,” Johan said. “While the show itself places heavy emphasis on its characters’ flaws and insecurities, it refrains from criticizing them and grants them agency to make mistakes and act out in order to teach the audience that this is what makes us humans.”

In creating such well-rounded and sympathetic characters, season three of “Sex Education” continued to push for more representation on TV and brought something rarely included in sex related conversations: sex with disabilities.

In season two, the character Isaac is introduced, a paraplegic teen who lives next door to Maeve. In season three, the two get involved in a romantic relationship.

“Isaac and Maeve’s liaison is one of the most emotive and romantic moments in the season, if not the whole show so far,” entertainment journalist Micha Frazer-Caroll said for Independent Magazine. “The majority of ‘Sex Education’s’ love scenes are, infamously, anything but sexy … But when Isaac and Maeve finally get together, we’re spared the slapstick, with composer Oli Julian’s gentle piano score working alongside soft cinematography to make the moment feel intimate and deeply serious. As the pair undress, kiss, and touch, this all feels like a far cry from the infantilisation and desexualisation of disabled people that we usually see in popular culture.”

Though their relationship was short-lived and this scene was far from perfect, seeing as it doesn’t go nearly as in-depth as others depicting the able-bodied couples on the show, Issac and Maeve’s relationship takes a large step towards representation of people with disabilities having sex on TV.

“Sex in the context of disability continues to be stigmatised by many non-disabled people, and these ideas creep into the fictional stories we consume, too,” Frazer-Caroll said. “How many shows, films or books can you think of that feature a disabled person as a love interest? I can count them on one hand. But after tuning in to season three of Netflix’s ‘Sex Education,’ I can now add at least one more to my tally. The series features an intimate scene with a character who uses a wheelchair—something that we scarcely see on TV.”

“Sex Education” has chosen to show what real sex looks like and what it all can include. It gives teenagers and young adults of all identities the comfort of knowing that what they are feeling is okay and a normal part of being human. And by being on such a popular network like Netflix and targeting teenagers and young adults, it is providing accessible, inclusive and accurate information to those who might not find it elsewhere.

While made obvious by its name, “Sex Education” has set the bar for proper sex education on tv—but it isn’t the only show to do so.

In 2017, Netflix premiered the animated coming-of-age series “Big Mouth,” which was written by and about comedian Nick Kroll and his best friend Andrew Goldberg about their experiences with puberty. From hormone monsters to talking vulvas, singing tampons or dancing pubes, the show explores nearly every aspect of puberty and sex.

“As a sex educator, I wouldn’t normally advise young people to use Netflix to teach themselves about period stigmas, anatomy of the vulva, or sexual consent. There are plenty of terrible examples of all these topics on TV. (Exhibit A: any hetero sex scene in which penetration = instant vaginal orgasm),” Samantha Panepinto said on the blog for Thinx period underwear. “But ‘Big Mouth’ … delivers nuanced messages about puberty while somehow remaining hilarious and free of Afterschool Special vibes.”

And though “Sex Education” was aimed at primarily at teenagers and young adults, “Big Mouth,” in large part to its recognizable cast—Nick Kroll, John Mulaney, Jordan Peele, Maya Rudolph, Jenny Slate—offers sex education for all ages.

“‘Big Mouth’ allows for the exploration of sexuality and desire as teenagers change with their bodies before, during, and after puberty,” Kalamazoo College student Addissyn House said for Bitch Media. “The show isn’t everyone’s cup of tea, but it’s hard to deny that it’s using humor to give adults new ways to discuss sex education with each other and with the children in our lives.”

Though very different from one another in terms of tone, both “Big Mouth” and “Sex Education” are creating conversations and provding accurate information about sex in ways not often seen in society, and they’re doing so in a manner that is not only easily accessible, but geared specifically towards those who need it most.

Sex, and the conversations surrounding it, have long been one of the most taboo aspects of American society. For whatever reason, many people feel as though sex is something that should be private and specifically hidden from children.

When looking at sex education taught in American high schools, only 13 states have medically accurate sex education curriculums. In comparison, some other countries require sex education for students from as early as kindergarten.

Because of the lack of sex education in schools, the United States has higher rates of teenage pregancy and sexually transmitted diseases than most other industrialized countries, according to the Guttmacher Institue in the National Library of Medicine.

Even in the states that do teach sex education, it is rarely ever inclusive of sexual identities outside society’s norm of straight cisgender able-bodied relationship or of topics like consent and sexual assult.

“These programs teach that abstinence is the only foolproof way to avoid pregnancy and STDs, but it also attempts to teach students about safe sex,” House said. “Comprehensive sex education includes medically accurate information about anatomy, birth control, and, sometimes, abortion. However, even a comprehensive education has been known to leave out any talk of female pleasure, general desire, and the location or knowledge of the clitoris. Furthermore, education around gender and sexuality is still hard pressed to move beyond strictures of heterosexuality toward inclusion of LGBTQ folks.”

Without accurate or inclusive sex education in schools, many teenagers and young adults turn to media to find answers.

“Teenagers want knowledge about their bodies and sex sooner rather than later, and they’re turning toward the ever-expanding world of media answering their calls,” House said. Shows like “Big Mouth” and “Sex Education,” among many others, make sex “something normal and relatable that everyone has to learn to deal with,” The Cut senior writer Anna Silman wrote in a 2019 article. These shows are more than entertaining. By airing on streaming services, these shows forgo the need to be advertiser-approved and can appeal to more niche audiences instead of a general broadcasting audience. This allows them to talk more openly and explicitly about the sex and sexuality of teenagers and young adults.

There is no denying that television is rarely considered to be all that representative of the average person, particularly when it comes to teenagers. But, with shows like “Sex Education” and “Big Mouth,” people can hopefully find the information they are looking for and feel not so lost in the complexities of modern sexuality.
“I am not a parent or parenting columnist, so I won’t weigh-in on whether these shows are appropriate for young teens. I think at very least they should be required viewing for parents of teenagers, as a reminder of how difficult and endless-feeling these years can be, and that empathy, openness and acceptance are the best tools to cope when the hormone monsters inevitably rear their horny heads,” Silman said for The Cut. “Still, I couldn’t help but wish I’d had them to watch when I was a teen, when my body seemed like an impossible-to-solve riddle, and when I would have done anything to know I wasn’t alone.”