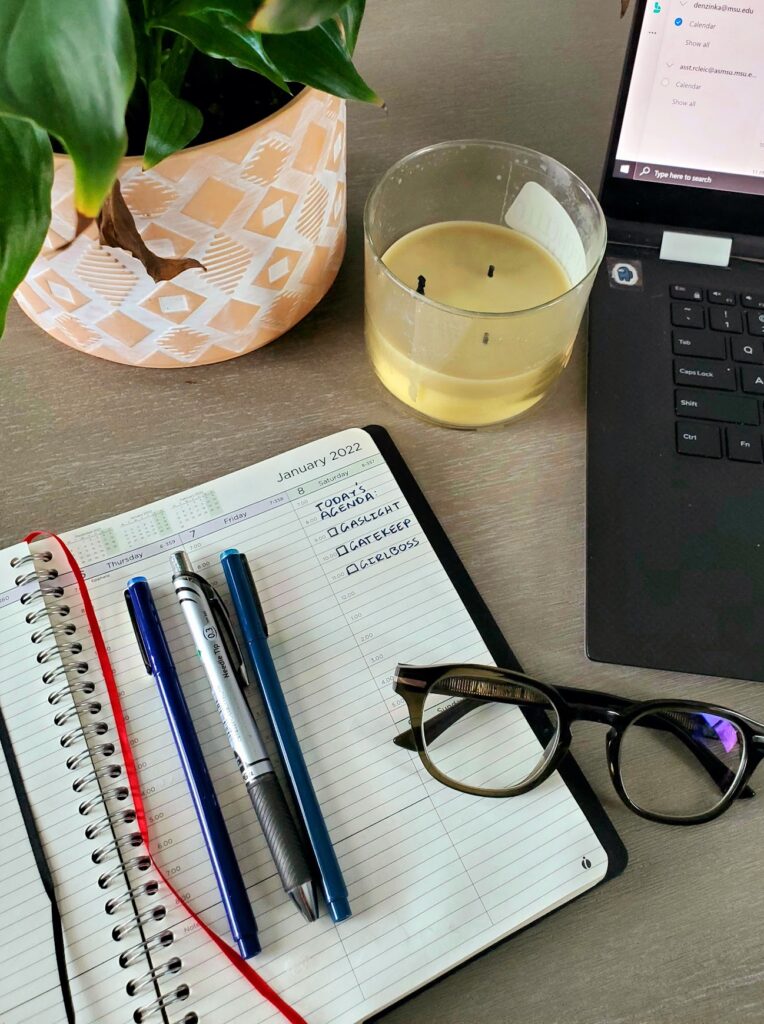 The assertive catchphrase “gaslight, gatekeep, girlboss” started circulating social media in early 2021. The phrase seems perfect for ironic stickers featured on planners or embroidered (in cursive, of course) on a decorative throw pillow; but in reality, it is a manifestation of the downfall of the girlboss archetype within media and corporate structures.

As the world, and particularly members of Generation Z, move toward an increased focus on intersectionality and equity, the satirical “gaslight, gatekeep, girlboss” catchphrase identifies woes of the various feminist movements in decades past and within modern equity advocacy.

The term girlboss originated in the mid-2010s, but the archetype of a feminist, corporate powerhouse was already established by the likes of Sheryl Sandberg, the Chief Operating Officer of Facebook. The publishing of “#Girlboss” by Sophia Amoruso in 2014 kickstarted the popular catchphrase, which was primarily used to describe Millennial, white entrepreneurs and businesswomen who appeared to balance corporate rigor with feminist ideals. What was initially meant to be an empowering term, however, experienced a rapid proliferation and subsequent downfall, riddled with scandals.

Even the word feminism can be eschewed because of its binary assumption and historically radical, white connotations. Leigh Stein, an author who frequently writes about the fall of the “girlboss,” wrote, “She [the girlboss] saw gender inequity everywhere she looked; this gave her something to wage war against. Racial inequity was never really on her radar. That was someone else’s problem to solve.” Although many Millennial, third-wave feminists have retorted the ideas of previous generations, the girlboss movement confirms that the gatekeeping culture remains.

As for gaslighting, the guise of female empowerment, especially financially, has been used for centuries to ensnare women into exploitative positions. As described in author and professor Kim Todd’s “Sensational,” during the Gilded Age, women would be tricked into buying supplies to create homemade goods, but the quota was made impossible to reach, ultimately resulting in no paycheck. In what has evolved into multi-level marketing, people, primarily women, are exploited under the guise of #Girlboss success and financial empowerment when in reality, they are stuck in an almost inescapable, cyclic dependency.

From the mid-2010s until now, the girlboss archetype has appeared in pop culture through shows, movies, musicals and books, becoming little more than another stereotype.

In December 2021, the term “girlbossification” appeared in The New York Times for the first time. Girlbossification refers to the framing of historical figures into contemporary heroines and attributing modern values to them.

Some figures who have been ‘girlbossfied’ include Catherine the Great in the Hulu show “The Great,” and the wives of Henry VIII in the musical “Six.” Movements such as this and “herstory” (a play on history) do bring women’s stories to life; however, they often sensationalize the stories, the sexual prowess and the accomplishments without acknowledging the real societal hurdles these women had to endure to earn their historical notoriety.

The girlboss and girlbossification prevalent in media have the positive message of ‘girls can do anything!’ without addressing persistent societal roadblocks or individual circumstances. In “Why We Can’t Sleep,” author Ada Calhoun argues that the women of Generation X are a byproduct of second-wave feminism; these women were expected to balance their corporate, familial and personal wellbeing under the guise of independence and empowerment while society in actuality stumbled to catch up. With all of that responsibility coupled with unequal pay, workplace harassment and the continued lionshare of the housework, elder- and child-care, it is no wonder that the women of Gen X are experiencing burnout and depression on staggering scales.

Similarly, the girlboss depiction of Millennial and Gen Z women ignores the issues of corporate harassment and discrimination. “The girlboss wave of feminist-adjacent corporate empowerment offered an unapologetic promise that women would not be judged or undermined the way they would in traditional corporate settings,” said Alex Abad-Santos in her article for Vox. The idea behind the girlboss was authentic, but its reality fell short of empowerment.

The success of a certain number of women in the historically male roles of entrepreneur and CEO was branded as success for all women. However, as a means for societal change and within some girlboss’s own companies, the idea of the girlboss was unsustainable for meaningful change.

Sophia Amoruso, the very girlboss who coined the term, and her company NastyGal have been accused of harassment and discrimination. Early on in the COVID-19 pandemic, Amoruso and most of the staff left her other company, Girlboss Media, citing financial difficulties. In more recent news, Elizabeth Holmes, who in 2015 became the youngest female self-made billionaire, is likely to face prison time for fraud resulting from her failed blood-testing start-up.

The capitalist solution of equipping women with corporate power shockingly failed to lift everyone from inequality. As Amanda Mull wrote in The Atlantic in June 2020, “When a country is grappling with mass death, racist state violence, and the unemployment and potential homelessness of millions of people, it becomes inescapably clear that when women center their worldview around their own office hustle, it just re-creates the power structures built by men, but with women conveniently on top.”

In this environment of high expectations with little support structures, the ironic “gaslight, gatekeep, girlboss” catchphrase can be seen as a shift away from capitalist solutions and towards an intersectional, multi-faceted front to address societal inequity. Recent gender equity activism is supposed to be for everyone, regardless of race, gender or sexual orientation. The toxic gaslighting, gatekeeping and girlbossing of earlier generations’ movements are out, and it is time for Gen Z to redefine what being a feminist means.

Katherine Denzin is a sophomore majoring in history and statistics. She works as the assistant editor-in-chief of The Red Cedar Log and is involved with a start-up publication about policy, Matters of Fact. When not writing, studying or pursuing her latest fixation, she enjoys reading, re-watching movies and baking cookies or pretzels.