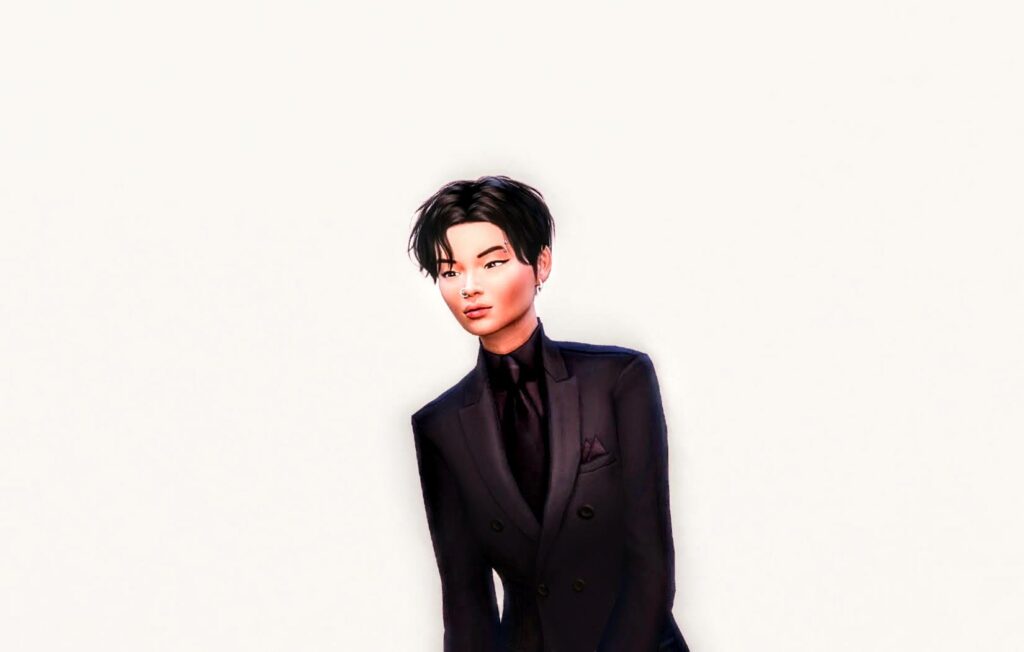 As the name suggests, life simulation games are video games created to mimic real life. In most life simulations, the player can create an avatar, start a family, own a business and build a home. For gamers that have struggled with their mental health, especially for those in toxic environments, life simulations are an appealing way to escape reality. However, there can be consequences to escapism.

While the early 2000s saw the rise of online life simulations such as Second Life and IMVU,

The Sims franchise has been leading life simulation games since February, 2000. The most recent installment of the game, The Sims 4, was released in 2014. Seen as the most advanced Sims game out of the franchise, this installment has given players the opportunity to customize their sims unlike ever before.

With more options and activities, the game only increases in appeal. Kynia Jones, who’s been playing since 2013, said, “The amount of different things I could do in the game with the people I created is what drew me to the game.”

Susmita Dash, a fan since 2017, said, “The world building of the game makes me feel like I can do and look and be anything I want without having to worry about financial, social or any other systemic barriers preventing me.”

The game has given players an array of customization features to their sim, homes and even the world the sims live in. Players can pull portions of their sims’ bodies to their desired size and shape, change their walk and voice, and customize their gender preferences.

In previous Sims games, players could only choose between a woman or a man sim. In the Sims 4, users can customize their sims’ genitals, pregnancy preference, and body preference. This has opened a huge door for the transgender and nonbinary community in video games.

While the creators have given body customization options, there are still gendered pronouns included in gameplay. This seems like a step back from being able to create a transgender sim, only to have them be misgendered by the game. While EA has yet to address these pronoun restrictions, simmers have created modifications to make these necessary changes.

Creators make modifications, sometimes called mods, to different aspects of the game to improve or change gameplay. “What keeps me playing the game,” Jones said, “is the custom-content creators that contribute to making the game better. Custom content for me is like icing to the cake … It’s AMAZING.”

With the ability to customize a sim down to their genitals and to tailor the game with mods and other custom content, The Sims 4 has become one of the most popular games used to escape reality. If there’s a job someone wants their sim to have that isn’t included in the game, there’s a mod for it. If there’s a hair style not included, there’s custom content that can add that hairstyle to the game. Players can literally create the life that they want. But how can a player’s virtual life affect their real life?

When asked how The Sims helps their mental health, Jones said, “Whenever I’ve felt like I’ve hit a low point or like I don’t have much control over my life, I just turn my laptop on and get to playing.”

Jones confirms The Sims is her perfect escape from reality. She gushes about the game, saying, “Having to grow my own crops, milk cows and ordering groceries for the things I can’t cultivate on my own is exciting for me” (in reference to one of the newest Sims 4 expansion packs, Cottage Living).

Dash said, “I think it definitely helped with my mental health because of the lack of socializing options I have had throughout my life.” For Dash, The Sims was their way of feeling a part of the world without being able to experience it.

Chanel Brookes also said, “I wasn’t allowed to spend time with people outside of my family after school. My parent was really strict, and I didn’t have much of a social life outside of the classroom. The Sims was my way of living life because I literally wasn’t allowed to.”

For many children and young adults who are unable to live their lives because of strict parents or social anxiety, The Sims is a way for them to have the freedom of which they always dreamed. “Having that virtual freedom saved me,” Brookes said. “Being restricted like that as a teenager made me depressed. I felt like I would never escape my abusive home. The Sims was my only escape for a while.”

During COVID-19 especially, many turned to life simulation games when they couldn’t go outside. Jones believed the game was critical to getting through quarantine, saying, “The Sims gave me an outlet to be free when I couldn’t be free.” Millions around the world would likely agree.

In February 2021, EA announced in their financial earning report that they have more than 33 million players, a record which increased during the beginning of quarantine. The Sims 4 has proven to not only bring comfort and relief to people who struggle with their mental health, but also to millions during the pandemic.

In the article “Playing video games may make you happier, study finds,” Rob Picheta from CNN quotes researcher Andrew Przybylski, Director of Research at the Oxford Internet Institute. Przybylski led the study and said, “Our findings show video games aren’t necessarily bad for your health; there are other psychological factors which have a significant effect on a person’s well-being.”

While the game can significantly help some people, it can also bring negative consequences. “It did also hurt my mental health because I would be so absorbed into it, I would forget to take a break,” Dash said. “ I would get headaches from playing sims for 8+ hours a day for 3-5 days consecutively.”

Jones made a similar statement, saying that “The Sims can hurt my mental health if I don’t take breaks from the game. … If I spend too much time on it, then I’ll miss out on taking care of my responsibilities, so I take breaks every so often.”

Many players experience a similar episode of obsession with the game. They become hyper-focused and are sometimes unable to pull themselves away. “I will forget to eat, hold in my urine, push my body past its bed time, ignore deadlines and so much more if I get too hyper-focused on the game,” Brookes said. “All of these things mess with my body and stressors, which can lead to me feeling worse when I’m not playing.”

Many companies have studied just how addicting video games can be. The Addiction Center, for example, said, “Video games affect the brain in the same way as addictive drugs: they trigger the release of dopamine, a chemical which reinforces behavior.”

So while life simulation games can help anxiety, depression and other mental illnesses, they can also make them worse. When used as a means of escapism, it is especially easy to become addicted to escaping reality as well.

In an article “Treatment uncovers escapism as a major player in addiction,” therapist Dr. Reuben Vaisman-Tzachor said, “Most people engage in some form of escapism, and in moderate doses, it can actually be helpful so that people can maintain a sense of balance in their lives. But in extreme cases, people often turn to a harmful activity for escapism, and it turns into an addiction.”

It’s important when playing life simulation games, such as The Sims 4, to be mindful of reality. While the game has proven to be helpful for coping with difficult experiences and mental illnesses, it can also make matters worse if there aren’t personal boundaries in place.

“I actually made a rule that I’m not allowed to play during the school year unless we’re on breaks,” Brookes said. “Otherwise I will ignore my needs and my responsibilities.”

Overall, The Sims 4 can be extremely helpful to those struggling with their mental health or those stuck in quarantine. While it is a perfect outlet for escapism, it is important to pace oneself, take care of oneself and listen to one’s body. Otherwise, using the game as a coping mechanism can backfire.