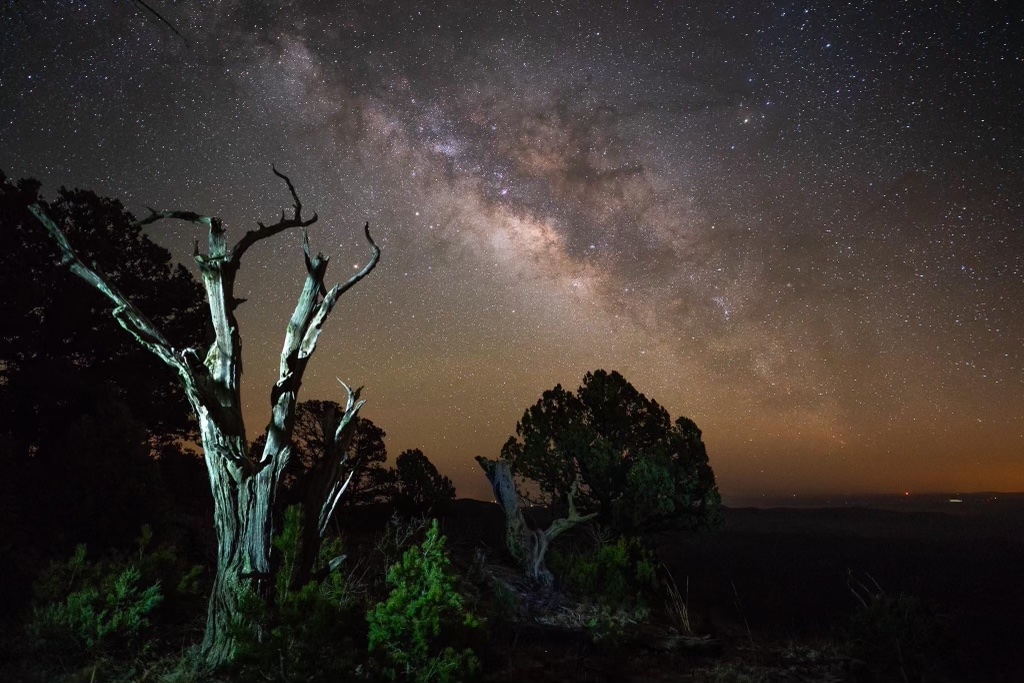 While most children in the United States today aspire to be YouTubers or athletes, being an astronaut has always been a dream for those kids fascinated by the moon, the planets and the stars. While many of these children grow older and lose their fascination with the universe, some become adults equally fascinated with space as in their youth.

Previously, these adults would have to undergo rigorous training and studying if they wished to travel to space, with a master’s degree in a STEM field, two years of training at the Johnson Space Center and long-duration physical tests simulating weightlessness. These are just some of NASA’s requirements for the opportunity to have a chance to be an astronaut. The reality of just how difficult it was to get into space crushed many space travelers’ dreams and forced them to simply admire the skies from a distance.

However, a new opportunity for those longing to visit space has emerged—space tourism. While there had been rumblings of space tourism in the 2000s and early 2010s, it still seemed like a pipe dream. But in 2019, that changed when NASA announced they would be opening the International Space Station to the tourist companies belonging to Elon Musk and Boeing. This was part of a move toward the full privatization of the ISS, following then-President Trump’s 2018 resolution to remove all of its government funding.

Traveling to space is now a significantly more feasible opportunity. This privatization and other developments, such as progress on developing reusable spacecrafts, have helped convince companies to take off on industry of space tourism quicker than ever before. People can now travel to space for fun. The possibility overjoyed the space-loving minds of many.

There was just one slight problem. Traveling to space costs approximately $58 million on average. Even seeing the edge of space from inside Earth’s orbit costs a minimum of $250,000.

This meant that for many, the desire to travel to space was still nothing more than a dream. All those advertisements, interviews of “ordinary people” visiting space and pledges to let citizens see the galaxy all around them meant nothing.

For a lucky few, however, their wallets had just enough fuel to propel them toward the stars. Japanese billionaire Yusaku Maezawa reportedly paid $80 million for a 12 day trip to space. Despite the astronomical cost of almost $7 million a day, Maezawa said he had no regret about spending so much money, saying it was an “amazing experience” that was definitely worth it.

While the possibility of space travel may be becoming more accessible to billionaires like Maezawa, the cost of space travel seems to be doing the opposite. In 2008, video game developer Richard Garriott spent the same amount of time in space as Maezawa—12 days—but had a significantly lighter price tag, spending only $30 million for his trip. While inflation and improved services likely contributed to some of the reasoning behind Maezawa’s more expensive trip, it doesn’t account for a $50 million markup.

In fact, despite technological advancements and an increased desire from billionaires such as Elon Musk and Jeff Bezos, the price of space travel doesn’t seem to be decreasing anytime soon. Elon Musk’s promise in 2019 to cut the cost of space travel by 99% conveniently didn’t mention a timeframe or concrete plans to set in motion. Space will continue to be a privilege reserved for the wealthy elite, at least for the time being.

This reservation of space tourism for billionaires has raised several ethical concerns from people across the globe. Many of these concerns point to the fact that billionaires could be spending their money on good causes instead of on themselves. Jeff Bezos, founder and executive chairman of Amazon, spent approximately $5.5 billion on his space tourism technology and travel; the same amount could have given two billion people COVID-19 vaccines or saved 37.5 million people from starvation. While Jeff Bezos may be an extreme example, the painting of space tourism as selfish is one the media certainly adopted.

However, several space tourists have taken to defending the practice, whether it be for self-preservation on Twitter or a true commitment to the expansion of the industry. Perhaps the most cited reason for the importance of space travel is improvements in technology. Billionaires argue that the privatization of space and their travels allow for research opportunities that wouldn’t happen if the space domain was restricted to travels funded by governments.

While the principles for traveling to space can be defended by those who can afford it, it’s much harder to defend the toll space travel takes on the environment. While it may not be as bad as the airplane industry, emissions from rockets get trapped in the upper atmosphere, which means that space tourism is particularly harmful to the ozone layer.

In a cruel twist of fate, however, the environmental damage of space tourism may actually be what gives those who can’t afford to travel to space the opportunity to do so. If the planet continues on a downward climate spiral, then humans may have to figure out how to live in space to survive. And because the feasibility of that is so unknown, the world’s poorest are likely to be the first sent since they’ve historically been treated as guinea pigs. While no agency has wanted to admit that this is a possibility so far, the quick downturn of Earth’s climate makes it a more and more likely scenario.

While many are clamoring to get to space as the new space race of the 2020s is taking off, only a few have been able to make it there, thanks to the sheer enormity of the cost. And based on the toll space tourism takes on our planet, it’s likely that within the next century, people could be clamoring to stay away from space instead.

(Photo provided to The Current by Riccardo Marzo)

Gabriel Sandoval is a junior majoring in comparative cultures and politics with an additional major in  public and professional writing at Michigan State University. If he’s not working or sleeping, it’s likely that he’s watching the first episode of a television series that he will never finish.