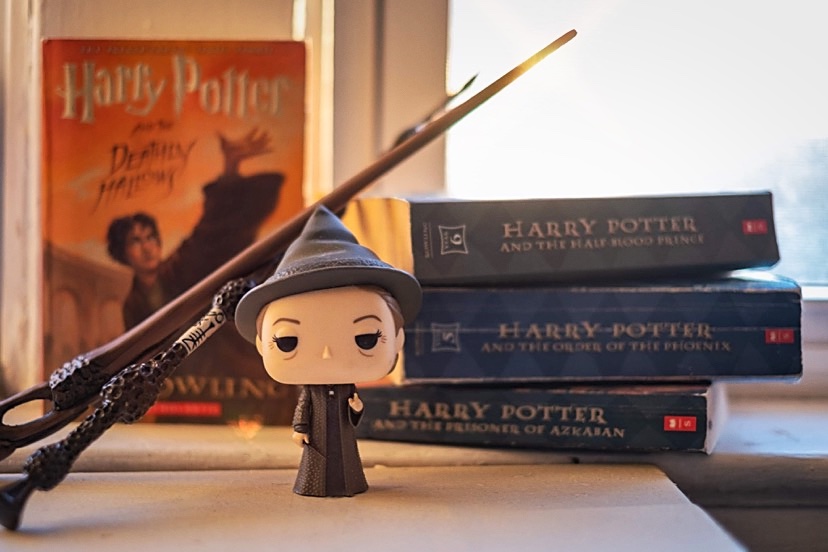 On Jan. 1, the original cast of Harry Potter reunited for the first time in “Return to Hogwarts” on HBO Max 20 years after the release of their first film. The special paid tribute to the original film, with never before seen clips and outtakes as well as one-on-one interviews with the cast and crew.

Nearly all the original cast was present to celebrate the history of the franchise, including Daniel Radcliffe, Emma Watson, Rupert Grint and more, as well as the film’s director David Yates and select crew members.

And though filled with those closest to the project, fans were quick to notice the absence of the one who started it all: J.K. Rowling.

Though included in past clips, the creator, author and producer of all seven books and eight screenplays was not present in the reunion special. According to the Daily Mail, Rowling was approached about the production of the special but declined to attend and stated that prior footage and interviews would suffice.

This wasn’t the first time Rowling had a limited appearance within the Harry Potter franchise.

On Dec. 13, the highly anticipated trailer for “Fantastic Beasts: The Secret of Dumbledore,” the third film of the spinoff series, was released. In contrast to the two prior promotional videos, where Rowling’s name was highlighted in large font with phrases like “J.K. Rowling invites you” and “From writer J.K. Rowling,” her name was only seen at the end written in small font. Though a small change, it was quickly noticed by fans and movie viewers.

Though this came as a surprise to some, many attributed her absence and name reduction to the recent controversies regarding her public statements on transgender rights.

In June 2020, Rowling retweeted an op-ed from Devex titled “Creating a more equal post-covid-19 world for people who menstruate,” and wrote, “People who menstruate.’ I’m sure there used to be a word for those people. Someone help me out. Wumben? Wimpund? Woomud?”

This went on to receive a lot of backlash from the transgender community and trans rights activists for the insinutation that women are the only people who menstruate.

Following the backlash, Rowling explained her opinion by writing on Twitter “If sex isn’t real, the lived reality of women globally is erased. I know and love trans people, but erasing the concept of sex removes the ability of many to meaningfully discuss their lives.”

Once again, her response was met with backlash as it furthered the concept that gender, the complex contruct that accounts for the identity and form of expression to one may choose to represent themselves, is equivalent to sex, the label assigned at birth to represent gentical markers and anatomy. And in doing so, she invalidated the existence and espressions of trans and non-binary individuals.

Award winning non-binary and transgender author Kacen Callendar told USA Today, “I do think that giving her any sort of platform is potentially life-threatening and dangerous. Her rhetoric continues to push this incorrect thought and conversation around transgender people.”

Rowling’s comments regarding trans rights and issues continued over the course of the next year. On June 10, 2020, Rowling published an essay on the issue in which she explained her five main opinions on transgender rights, which included the outdated and debunked theory that adolescents girls are peer pressured to be transgender and will “grow out of their disphoria.”

She also, in sharing that she was a survivor of sexual assault and domestic abuse, shared her fear that the so-called issue could jeapordize the safety of women.

“When you throw open the doors of bathrooms and changing rooms to any man who believes or feels he’s a woman,” Rowling said, “then you open the door to any and all men who wish to come inside. That is the simple truth.”

The essay went on to shock and upset thousands of readers, who found issue with Rowling’s comments on trans identities being used as a ploy for violence and that the validation of trans women somehow invalidates the experiences of cisgender women.

But beyond the frustration many felt with Rowling, many were left torn as to whether or not to support the books and movies she wrote, which had become such a large part of many people’s lives—many of whom felt that Harry Potter and the world she created was a safe space to find themselves and see themselves amongst the wizards and magical creatures.

“Harry Potter is about the magic of love, acceptance, belonging,” The Ringer Editor-In-Chief Mallory Rubin said on Twitter. “The power of courage. The impact of hope. Trying to take those things away from people is a terrible tragedy.”

In the midst of the darkness, many cast and crew spoke out in support of the trans and non-binary fans of Harry Potter including Emma Watson, Rupert Grint, Bonnie Wright and Eddie Redmayne.

“As someone who has worked with both J.K. Rowling and members of the trans community, I wanted to make it absolutely clear where I stand. I disagree with Jo’s comments. Trans women are women, trans men are men, and nonbinary identities are valid,” Redmayne said. “I would never want to speak on behalf of the community, but I do know that my dear transgender friends and colleagues are tired of this constant questioning of their identities, which all too often results in violence and abuse. They simply want to live their lives peacefully, and it’s time to let them do so.”

While many cast members spoke out, most notably was the title character himself. In a piece written for The Trevor Project, a non-profit organization dedicated to helping LGBTQ youth, Daniel Radcliffe responded to Rowling’s comments.

“While Jo is unquestionably responsible for the course my life has taken, as someone who has been honored to work with and continues to contribute to The Trevor Project for the last decade, and just as a human being, I feel compelled to say something at this moment,” Radcliffe said. “Transgender women are women. Any statement to the contrary erases the identity and dignity of transgender people and goes against all advice given by professional health care associations who have far more expertise on this subject matter than either Jo or I.”

He went on to discuss the impact of the franchise and voiced support for those who felt at home within it.

“To all the people who now feel that their experience of the books has been tarnished or diminished, I am deeply sorry for the pain these comments have caused you. I really hope that you don’t entirely lose what was valuable in these stories to you,” he said.

“If these books taught you that love is the strongest force in the universe, capable of overcoming anything; if they taught you that strength is found in diversity, and that dogmatic ideas of pureness lead to the oppression of vulnerable groups; if you believe that a particular character is trans, nonbinary, or gender fluid, or that they are gay or bisexual; if you found anything in these stories that resonated with you and helped you at any time in your life — it is sacred. And in my opinion nobody can touch that. It means to you what it means to you and I hope that these comments will not taint that too much.”

It may be hard to separate J.K. Rowling from her work, but as many have pointed out, Harry Potter has grown beyond just one person or one character. It’s not just another book or movie.

It’s a world where many have made their own and have found their friends, family and even their true selves within it. While many met them as adults, millions of kids grew up with Harry, Ron and Hermione and got to witness the magic with them. And now, those kids pass the stories down to their kids.

It exists far beyond what could have been imagined 20 years ago. And is made of a community far beyond just one woman. A community full of magic and light. A community that stands for inclusion and lets any and all know they are welcome. Always.

(Photo provided to The Current by Austin Bucholtz)